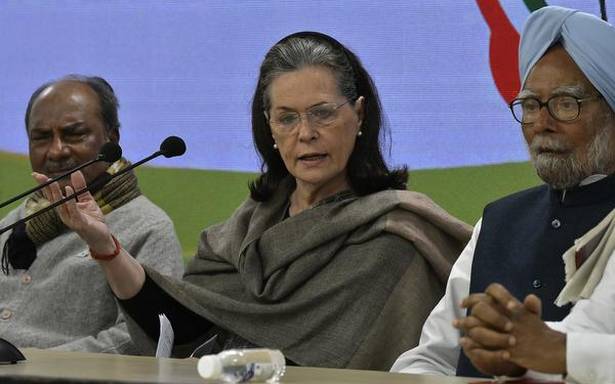 The meeting was prompted by voices raised by the G-23

The m (CWC) is likely to meet next week to discuss an organisational restructuring and give shape to changes in the party structure.

Though the date had not been fixed yet, sources told The Hindu that the meeting was likely to place within the auspicious period of Navaratri that ends on October 15. The meeting was prompted by voices raised by the G-23, or the group of 23 dissenting leaders, on the decision-making process and the high rate of attrition.

While CWC member Ghulam Nabi Azad recently wrote a letter to Congress chief Sonia Gandhi to demand a CWC meeting, his colleague Kapil Sibal courted controversy by claiming that “at the moment, there is no president in our party”.