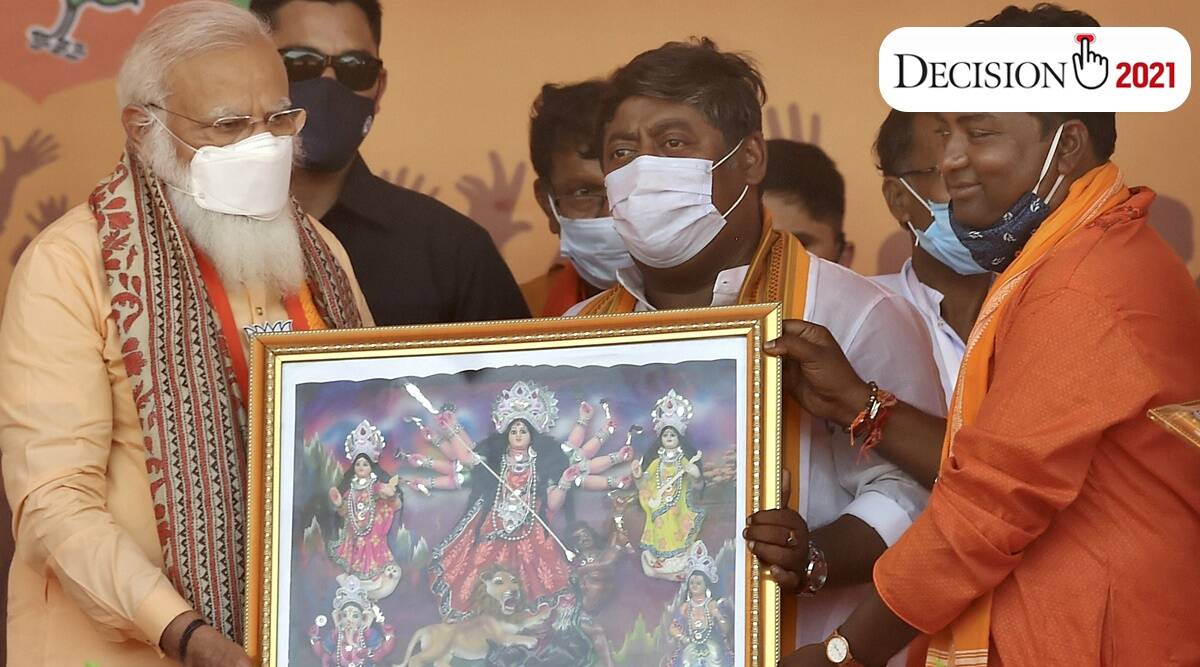 West Bengal witnessed over 80 per cent of voter turnout in the second phase till 5.30 pm, whereas the state recorded nearly 85 per cent polling in the first phase of the eight-phase elections. 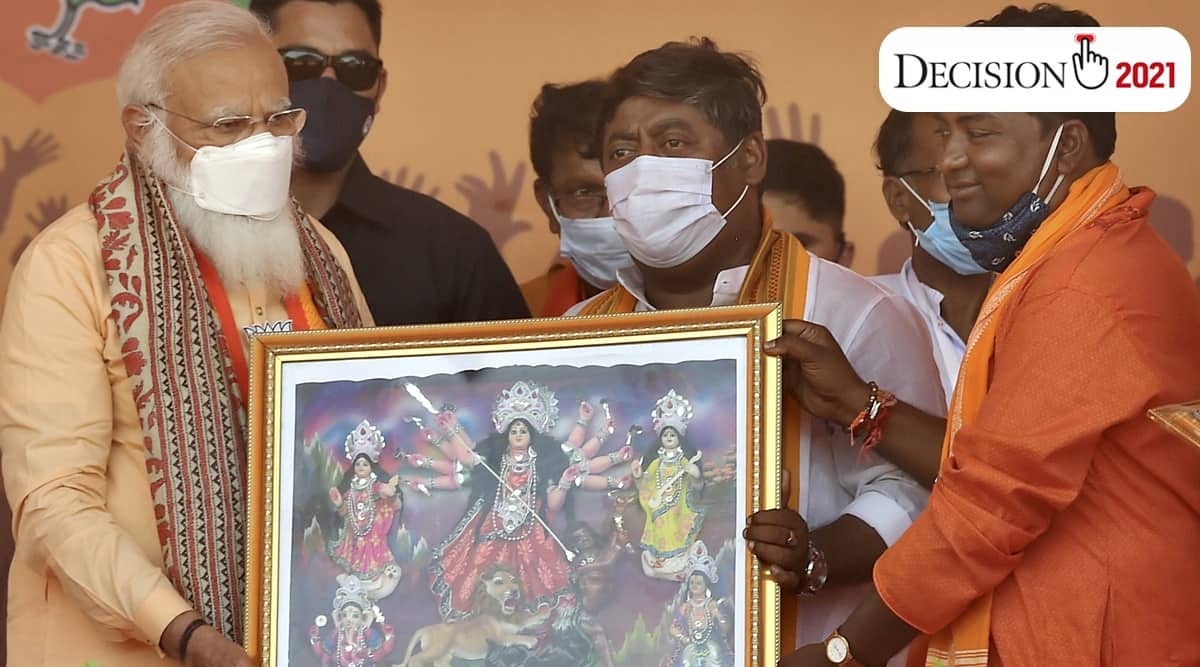 On the day high-profile Nandigram constituency went to polls in the second phase of Assembly elections, Prime Minister Narendra Modi took potshots at West Bengal Chief Minister Mamata Banerjee and asked whether she is contemplating fighting from another constituency.

“Didi, is there any truth in the rumour that you are going to file nomination from another constituency? First, you went there (Nandigram), and the people gave you an answer. If you go somewhere else, the people of Bengal are ready,” PM Modi said while addressing a rally in Uluberia, which will vote in the third phase on April 6.

Speaking about the high percentage of voting in Nandigram, where CM Banerjee is locked in a fierce electoral contest with her former lieutenant Suvendu Adhikari now with the BJP, the Prime Minister said, “Didi must go. People of Nandigram have fulfilled this dream today. They can’t wait any longer to save their future and identity. They are not just voting, they are paving the way for a renaissance in Bengal.”

West Bengal witnessed over 80 per cent of voter turnout in the second phase till 5.30 pm, whereas the state recorded nearly 85 per cent polling in the first phase of the eight-phase elections.

Confident that his party will win over 200 seats and come to power in Bengal, Modi, who addressed two rallies in Jaynagar and Uluberia, said people are voting in large numbers and that there is a saffron wave in the state.

“BJP’s strong start in the first phase makes it clear that the voices of people have received God’s blessing. BJP will get more than 200 seats and form the government,” he added.

Raking up the ‘Jai Shri Ram’ issue again, Modi said, “Earlier, Mamata Didi had issues with chants of Jai Shri Ram, over immersion of Durga idols. Now, TMC has problems with people wearing saffron, sporting a tilak and choti (tuft of hair). They are calling them rakshasas (demons).”

This was in reference to CM Banerjee revealing her “gotra” (clan) while campaigning in Nandigram. The revelation had prompted Union Minister Giriraj Singh, who sports a choti, to ask, “Do you consider Rohingyas and other infiltrators as Shandilya (Banerjee’s gotra) and offer them the red carpet.” Singh’s comment invited a sharp retort from TMC MP Mohua Moitra who had tweeted: “Giriraj says Mamata’s from the Rohingyaa clan. Proud of it. Far better than being from the chotiwala rakshasa clan.”

Hitting out at Mamata for writing a letter to Opposition leaders to unite against the saffron party, Modi said she is so frustrated after the first phase of polling that she is seeking help from those whom she considers “outsiders and tourists”.

“Sometimes Didi calls me a tourist, sometimes an outsider. You consider infiltrators as your own and call the children of Bharat Mata as outsiders. Stop distinguishing people and insulting the Constitution by labelling people as outsiders,” Modi added.

The Prime Minister also hit back at the TMC supremo for calling his Bangladesh trip unethical and violative of the model code of conduct. “I visited one of the 51 Shaktipeeths — the Jeshoreshwari Kali temple in Bangladesh. TMC has taken umbrage. Is it wrong to pay obeisance to Shri Harichand Thakur (founder of the Matua sect) at Orakandi?” he asked. “I don’t believe in showing seasonal faith (shraddha). We always take pride in our faith and tradition,” Modi added.