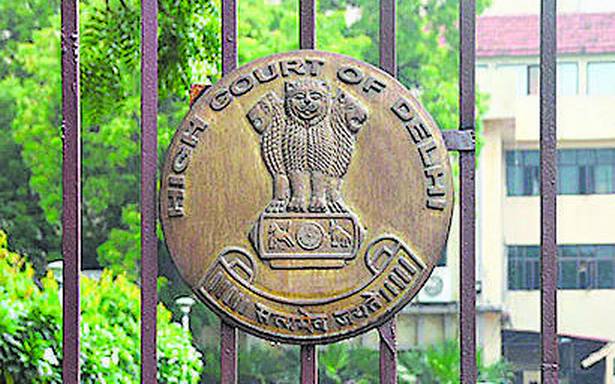 Interim order to be in force till July 22 as judge says she is yet to hear U.P. government, police.

The Delhi High Court on Monday extended the interim direction to the Delhi Police to ensure the safety of a young Hindu woman from Shahjahanpur in Uttar Pradesh, who had wilfully converted to Islam, till July 22, the next date of hearing.

Justice Rekha Palli said she could not pass any direction in relation to the case without first hearing the Uttar Pradesh police.

As no counsel for the police was present during the videoconferencing hearing, Justice Palli ordered that a copy of the woman’s petition be served to standing counsel of U.P. in the Supreme Court.

“Before any orders are passed, against Respondents 4 [U.P. police] and 5 [U.P. government], which is situated beyond the territorial jurisdiction of this court, it is deemed appropriate to hear Respondents 4 and 5,” the High Court said, adding, “in the meantime, interim order to continue”.

On July 1, the court directed the Delhi Police to take adequate steps to protect the life and safety of the 29-year-old woman.

Renu Gangwar, in her petition, said she converted from Hinduism to Islam on May 27 on her “own free will and without any threat or coercion from anyone”. Following this, she changed her name to Ayesha Alvi, which was published in newspapers.

Ms. Alvi, who is a resident of Tilhar, Shahjahanpur, and working in Delhi, allegedly started getting calls from different reporters requesting a meeting. However, even after her ‘refusal’, a reporter allegedly came to her place in Tilhar and took photographs and videos without her permission.

“The petitioner [Ms. Alvi] is facing extreme threat to her life and that of her immediate family members who are being witch-hunted by the officials of the Uttar Pradesh police as also by the media and the vigilante groups,” she stated in her plea.

One particular reporter allegedly demanded money while threatening to publish the news of her conversion.

“When she denied, he threatened again. Thereafter, he forcefully took ₹20,000 from her,” the petition, filed through advocate Kamlesh Kumar Mishra and Nitin Kumar Nayak, said.

Ms. Alvi gave a complaint to the Commissioner of Police, Delhi, on June 24, seeking an immediate intervention for her protection.

“Thereafter, certain other media persons also came and started making similar demands. Some other persons and organisations also started threatening me and my family to force me to reconvert to Hinduism. Feeling threatened, I came back to Delhi today, i.e., June 24, 2021,” she said in her police complaint.

“On June 26, 2021, the petitioner was informed that her father was taken away by the officials of the Uttar Pradesh police and they were coming to Delhi and would take her back to Uttar Pradesh, where she would be forced to file a false complaint/FIR,” the petition said.

The petition further stated that Ms. Alvi was “under immediate threat of being taken away by force or coercion to the State of Uttar Pradesh by agencies of the State or any other person”.

Ms. Alvi said she was “an adult and protected by the Constitution to choose her own faith and she cannot be targeted and harassed for the choice she makes with regard to the religion she follows”.

She has urged the High Court to protect her from being taken away from its jurisdiction “by force or coercion and or by way of any other illegal means by the agencies of the State or any other person”.