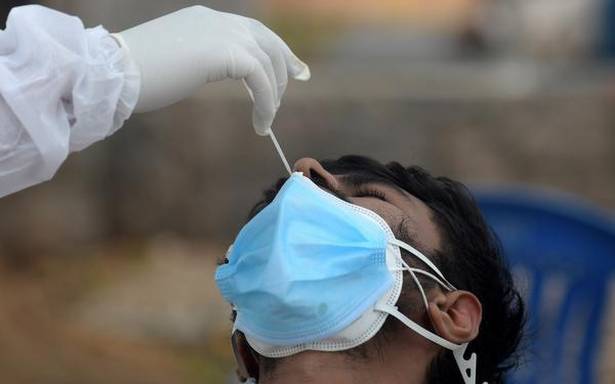 A third of population does not have SARS-CoV-2 antibodies, reveals fourth serosurvey

While two-thirds of the general population had SARS-CoV-2 antibodies, a third does not have antibodies, making approximately 40 crore people still vulnerable to infections, Indian Council of Medical Research (ICMR) Director General Balram Bhargava said on Tuesday.

“The survey noted that more than half of the children (6-17 yr) were seropositive while sero-prevalence was similar in rural and urban areas. It was also found that 85% of health care workers (HCWs) had antibodies against SARS-CoV-2 while one-tenth of the HCWs were unvaccinated,” he said.

On the implications of the latest survey means for the general public, Dr. Bhargava said while offering a ray of hope, the survey makes it clear that there is no room for complacency.

“This national serosurvey is not a substitute for local (State/district) variations. State heterogeneity indicates the possibility of future waves of infection. We strongly suggest that societal, public, religious and political congregations be avoided, non-essential travel be discouraged and travel should be undertaken only if fully vaccinated,” the ICMR chief said.

He added that the country has to work towards ensuring the full vaccination of all healthcare workers while accelerating vaccination coverage in vulnerable population groups.

“There is also an urgent need to ensure adherence to non-pharmaceutical interventions while continuing to track COVID-infection in SARI cases in district hospitals,” said Dr. Bhargava.

For the survey 28,975 adults and children aged 6-17 years were surveyed along with 7,252 HCWs and was conducted in same 70 districts across 21 States, where the three earlier rounds were done.

Responding to a question about the reopening of schools, Dr. Bhargava said it would be better to open the primary schools first as young children seem to show a better tolerance against the virus. However, he noted that it should be done after ensuring that the staff associated with school re-opening are fully vaccinated.