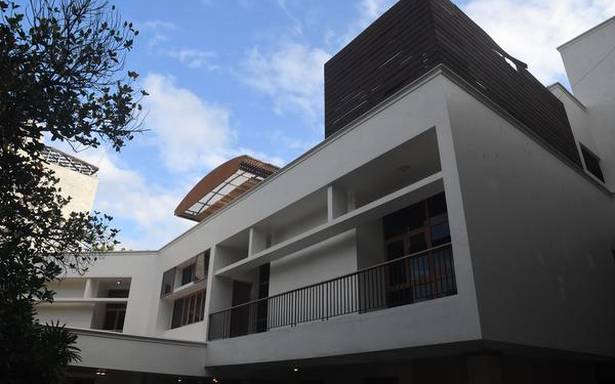 A Division Bench of the Madras High Court on Wednesday permitted the AIADMK and former Law Minister C.Ve. Shanmugam to prefer third party appeal against a single judge’s recent verdict setting aside proceedings initiated during its regime, to acquire former Chief Minister Jayalalithaa’s residence Veda Nilayam in Chennai and convert it into a memorial.

Justices Paresh Upadhyay and Sathi Kumar Sukumara Kurup granted the leave after concurring with senior counsel A.L. Somayaji that the AIADMK would certainly have a right to agitate the order against converting its former leader Jayalalithaa’s residence into a memorial. They, however, observed that it was a completely different issue as to whether the political party would be entitled to any relief after arguing the appeal on merits.

Opposing the plea to grant leave for prefering the third party appeal, S.L. Sudarsanam, counsel for Jayalalithaa’s nephew J. Deepak, argued that the party had no locus standi at all to prefer the appeal since the acquisition was made by the State and not the party. He also contended that the plea seeking leave to appeal had become infructuous, since the present government had already handed over the keys to Mr. Deepak and his sister J. Deepa.

“The keys were handed over to us on Friday and we have taken possession too,” the counsel said and sought time to file a counter affidavit to the application seeking leave to file the third party appeal. However, Mr. Somayaji told the court that the AIADMK was the ruling party in the State when the acquisition proceedings were initiated. The party would not have filed the present appeals at all if it had continued to be in power in the State even now.

Stating that there was a change of regime and that the present DMK government had not preferred any appeal against the verdict delivered on November 24, he said, the party was naturally an aggrieved party since it considers its former leader to be a champion of social justice whose residence deserves to be converted into a memorial so that generations to come can get inspired by the phenomenal work done by her for the benefit of people at large.

When the judges wanted to know why the party had not got impleaded itself as a party in the proceedings before the single judge itself, the senior counsel said there was no necessity then since it was in power in the State and it was the State government which wanted to acquire the property on payment of fair compensation to the legal heirs who rejected the offer and moved the High Court challenging the acquisition proceedings.

Convinced, the judges granted leave to appeal and directed the High Court Registry to number the writ appeal and list it for hearing on Monday.