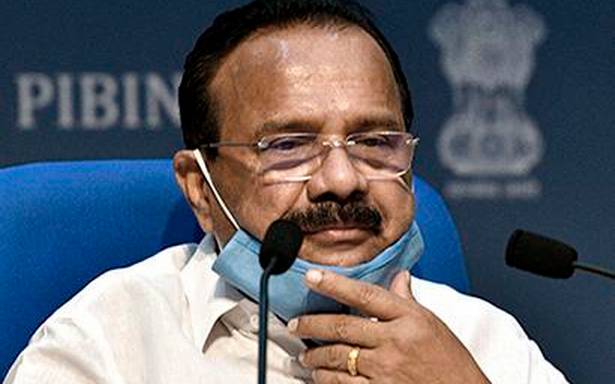 The temporary injunction was passed on a suit filed by Mr. Gowda complaining that people with politically motivated vested interests, through the various media platforms, are trying to tarnish his image with created and concocted materials to see that he is removed from the Union Council of Ministers.

Pointing out that there was a proposal for reshuffle of Union Cabinet, it has been alleged in the suit that vested interested persons started to claim/contend that Mr. Gowda had spoken ill about the Prime Minister and the Chief Minister of Karnataka.

“If the plaintiff [Mr. Gowda] is ousted from the Union Cabinet other persons will be benefited. By taking the help of created voice recording, the vested interested persons are trying to tarnish the image of plaintiff by using media as a tool,” it has been complained in the suit..

“The persons, who have got political aspirations, appears to have created/concocted certain voice recordings alleging that the plaintiff has discussed about some political issues, personal matters and official matters. In the strength of such created materials they started to make false and frivolous allegations against the plaintiff,” it has been complained in the suit.

Stating that some vested interested person have started to contend that the Prime Minister had summoned Mr. Gowda to get clarification with regard to his statements made relating to the state politics, it has been alleged in the suit that already one Kannada newspaper and a private television channel have published “news reports on assumptions and presumptions.”