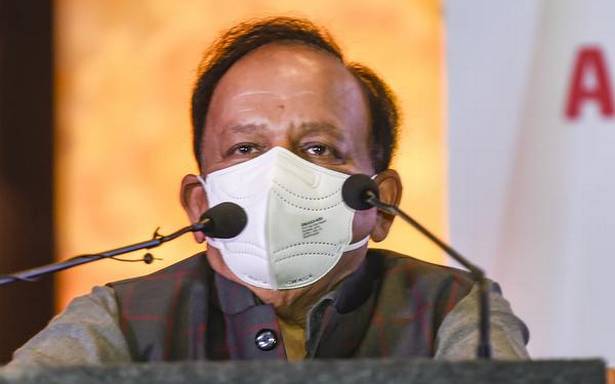 The COVID-19 pandemic has severely disrupted the food security and nutrition for millions of people around the world, and will likely reverse the progress made towards ending hunger by 2030, Minister of Health and Family Welfare Dr. Harsh Vardhan has said.

Addressing the 54th Commission on Population and Development on the theme ‘Population, food security, nutrition and sustainable development’ in the United Nations on April 19, he said that the Government of India accords the highest priority to food security and nutrition as evidenced by the various national legal instruments and schemes over the last few years.

“The population, food security, nutrition and sustainable development theme is of critical importance at all times. But even more so now as the world is trying to rebuild itself while emerging from the challenges posed by COVID-19,” Mr. Vardhan said.

He said that the “pandemic has severely disrupted food security and nutrition for millions of people around the world and will likely reverse the progress made towards ending hunger by 2030.” U.N. Deputy Secretary-General Amina Mohammed, in her address to the event, also stressed that the pandemic has devastated livelihoods, exacerbated injustices and inequalities, and threatened decades of development progress.

“Sadly, the world is not on track to eliminate hunger and malnutrition by 2030. Undernourishment was already rising before the pandemic, and the trend has worsened considerably over the past year,” she said.

Mr. Vardhan said that even during the COVID-19 crisis, while making efforts to contain the spread of the pandemic, India has taken “concerted actions” to ensure that food security and nutrition services are not compromised and vulnerable groups such as farmers, daily wage earners, woman, self-help groups and poor senior citizens are provided the support necessary in these unprecedented times.

In 2020, India announced a $22.6 billion relief package to take care of food security measures to help the poorest of the poor. A second economic stimulus plan worth $13 billion was sanctioned to aid small and medium businesses mainly in the agricultural and food sectors, he said.

He highlighted the various national programmes that have contributed to improving the nutrition outcomes in India, addressing both the immediate and the underlying determinants of undernutrition through nutrition specific and nutrition sensitive interventions.

“The largest of all, the targeted public distribution system distributes 58 million tonnes of wheat and rice at highly subsidised prices, covering 814 million people across all States in our country,” he said.

The POSHAN Abhiyaan is the government of India’s flagship programme to improve nutritional outcomes for children, pregnant women and lactating mothers, he said.

In her remarks, Ms. Mohammed noted that despite the significant contributions of women to food production, they face a higher prevalence of food insecurity than men.

“Meanwhile, women are facing increased household and community demands due to the pandemic, and often must feed their families on reduced incomes,” she said, adding that women’s full and effective participation in pandemic response and recovery and in all other spheres must be ensured.