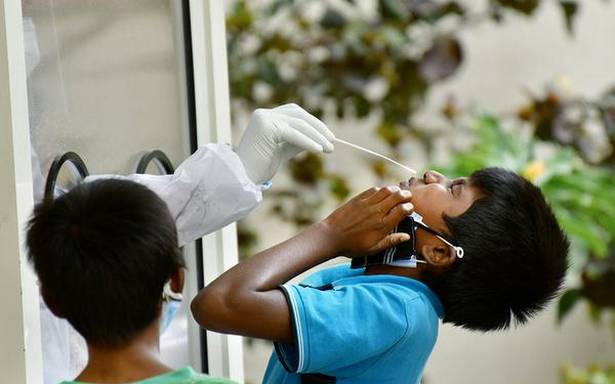 In contrast, many wards with the least number of cases are core city areas

The number of COVID-19 positive cases has seen a steady decline across the State, including in the capital Bengaluru, which was bearing the brunt during the raging second wave. But within the city, most wards in the top 10 reporting the most cases in the last 10 days are in the outer areas.

According to the Bruhat Bengaluru Mahanagara Palike (BBMP) bulletin of July 21, the top 10 wards with most cases were Kuvempunagar, Horamavu, Ramamurthynagar, Hoodi, Hagadur, Agara, Varthur, Bellandur, Uttarahalli and Begur.

In contrast, many wards in the top 10 with the least number of cases are core city areas, Dharmarayaswamy Temple, Cottonpet, and Padarayanapura.

Asked about the reason behind the trend, BBMP’s Special Commissioner (Health) D. Randeep said those with the most cases at present are high mobility wards in terms of movement of persons.

M.K. Sudarshan, Chairman, Technical Advisory Committee, told The Hindu that there was a similar trend one saw the last time too before the beginning of the second wave. “One major factor is that the newer areas have a high migratory population – those who move frequently. There are new layouts, the rent is lower; the segment of population is different. In the central core city areas, it is mixed – commercial and residential. So not many people are on the move because of the lockdown and COVID-19 related restrictions. So the group of people is different,” he explained.

Other experts also pointed to the possibility of the presence of antibodies in certain populations as they have already been infected as another epidemiological assessment.

As Bengaluru Urban reported 419 new cases on Wednesday, and the city still recording close to 10,000 active cases, Dr. Sudarshan said the simplest strategy to tackle wards with high caseloads is testing – tracking – treating. “Vaccination is another requirement, but it depends on stock availability. Wherever cases are more, testing, tracking and treatment should be done aggressively,” he said.