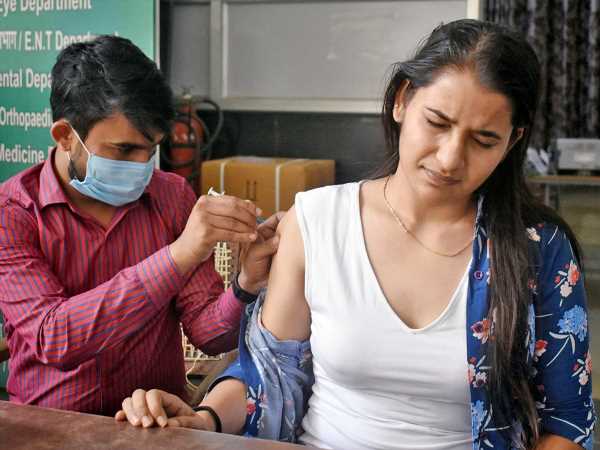 In 2014, N D Modi came to power promising 250 million jobs in the next 10 years. But job creation continues to be a hard task for his government.

Should the Modi government be worried?

Manish Sabharwal, vice chairman, TeamLease Services, does not feel so.

As per the CMIE (Centre for Monitoring Indian Economy) survey, unemployment in the age group of 17.5 and 23 has risen from 23 percent in 2017 to over 50 percent since 2020.
The overall unemployment rate is around 7.8 percent.
How worrying is the situation?

Unemployment has stayed between 6 and 9 percent since Independence.

Unemployment is a poor or wrong metric to indicate the strength or weakness of the labour market in India.

Globally also, this metric is challenged during this recession as output comes down, but jobs that don’t pay much, don’t. The better indicator of the labour market is poverty.

The poor cannot remain unemployed, so they are either self-employed or they work in agriculture or work in the informal sector.

India’s problem is not jobs, but getting the right wages.

So, this unemployment obsession will take you in the wrong direction. If you believe the problem is jobs, you can throw money from helicopters, mandate a three-day work week, or take away the shovels and give them spoons.

But if you realise the problem is wages, you will do formalisation, urbanisation, industrialisation, financialisaton and human capital.

There are five problems due to which wages are low at the level of states.

For example, I live in Karnataka and my parents live in UP. Both the states have the same GDP, but Karnataka does it with one-fourth the number of people.

If everybody lived in Bangalore, our GDP will be more than China! There is a 24 times difference in the productivity of the largest and the smallest manufacturing firms.

So, we should be talking about productivity and not unemployment.

There is no such thing as poor people; there are people in poor places.

So, what’s the solution to the problem?

There is no short-term solution.

The fiscal and monetary policies are not potent for job creation as people think. Monetary policy is not a structural transformation.

And there are no short-term solutions to India’s labour market.

As you said, the unemployment rate has been between 6 and 9 percent from the time of Independence. So, the problem has been there for decades…

But poverty has come down from 60 percent to 40 percent to 24 percent. That is a better indicator of the labour market.

I would say Covid has been a medical tragedy, but economically good for India in a few ways.

Yes. Digitisation for example. 5 million IT employment is going to go up to 10 million.

So, people do not have to move to the US anymore to provide services.

H1B visas will become less important over the next few years as India perfects our model of the talent cloud. Obviously, India has many challenges. But Xi Jinping has made China very unattractive in the last 3 years, so it is creating opportunities for India.

I hope he gets a third term! That will be very good for India.

I don’t agree with the CMIE’s view that the labour markets are worse off today than two or twenty years ago.

But there are people without jobs…

I would say, they are underemployed. And underemployment is a different problem than unemployment.

The solutions are also different.