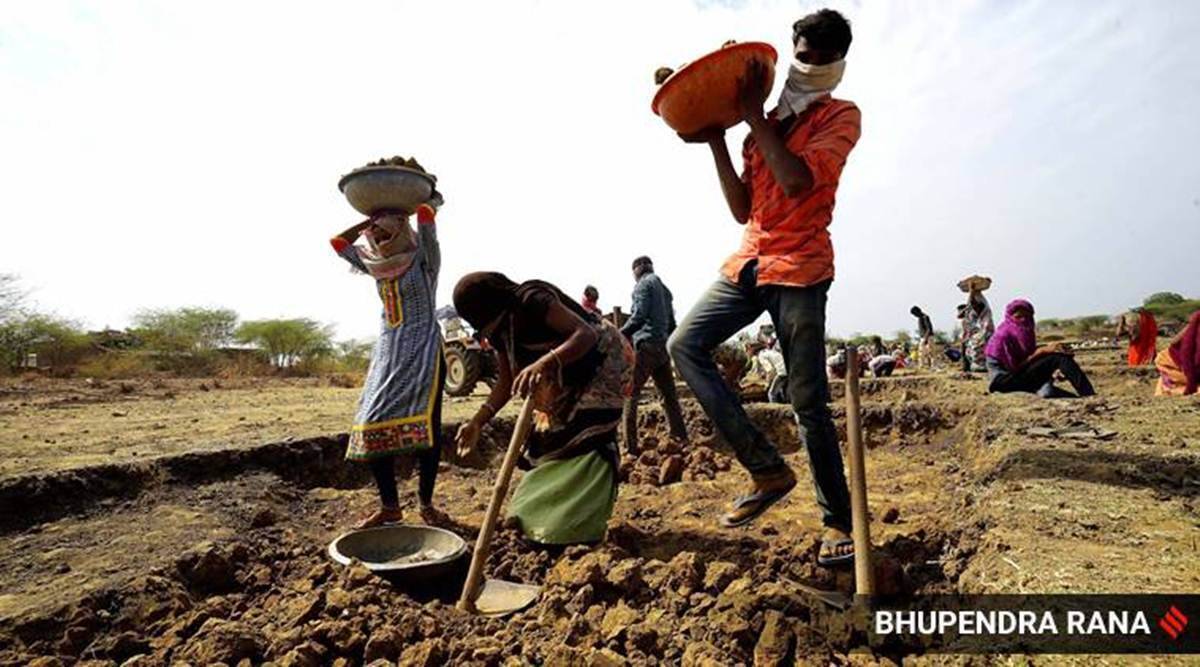 An analysis of data available on MNREGS portal till June 15 shows that the May decline was uniform for all states and Union territories except Madhya Pradesh, Mizoram, Odisha, Assam, Punjab and Jharkhand. As villages were hit in the second wave of Covid-19, demand for unskilled work under the MNREGS, which had skyrocketed during the first wave last year, came down sharply.

In May, about 2.18 crore families availed the scheme, 34% less than the 3.30 crore families which had done so in the same month last year. The figure for May 2021 was almost the same as for pre-Covid May 2019, when 2.10 crore families had signed up for work under MNREGS.

The MNREGS demand was also just marginally higher than for April 2021, when 2.12 crore families availed of the scheme.

An analysis of data available on MNREGS portal till June 15 shows that the May decline was uniform for all states and Union territories except Madhya Pradesh, Mizoram, Odisha, Assam, Punjab and Jharkhand. The data is not available for the Union territory of Dadra and Nagar Haveli and Daman and Diu.

In fact, in 15 states and UTs, the MNREGS demand in May was lesser than in May 2019, including Lakshadweep, Ladakh, Puducherry, Kerala, Rajasthan, Andaman and Nicobar, Jammu and Kashmir, Tamil Nadu, Sikkim, Uttarakhand, Uttar Pradesh, Manipur, Maharashtra, Himachal Pradesh and Assam.

A UP government official said Covid-19 was one of the reasons, pointing out, “When cases were rising in the rural belt, 1-1.5 lakh people were working daily at MNREGS sites across the state. As the cases came down, the number went up to 7.5 lakh people per day.”

On June 26 last year, when the state recorded its highest single-day attendance for MNREGS, that number stood at 62 lakh at work sites, the official added.

Kerala has also seen a big MNREGS decline — seeing an 83% fall in households in May this year compared to May 2020.

In May last year, UP had led the country in maximum households availing the NREGS, followed by Rajasthan and Andhra Pradesh. While Andhra still ranked high in May 2021, Madhya Pradesh and Telangana are now in the top three.