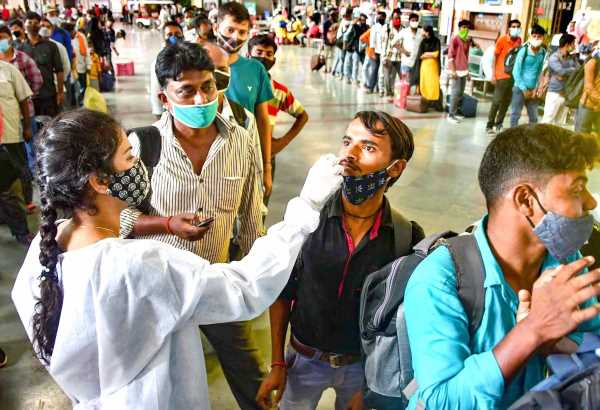 The third wave of Covid is likely to hit the country at the end of August and chances are that it will not be as intense as the second wave, Dr Samiran Panda, head of epidemiology and infectious diseases at the Indian Council of Medical Research, told NDTV.

“There would be a nationwide third wave but that does not mean that it would be as high or as intense as the second wave,” Dr Samiran Panda, the head of epidemiology and infectious diseases at the Indian Council of Medical Research was quoted as telling NDTV.

Samiran Panda also listed four things that could lead to the third wave of Covid-19, including a drop in the immunity among people against the coronavirus disease acquired in the first and second waves of the pandemic. “If that goes down, it could lead to a third wave,” Panda told NDTV.

He also said that there could be a variant of the coronavirus that can bypass the acquired immunity and if the new variant doesn’t do that it can circulate fast in the population. The Covid-19 third wave could also be brought about by the premature easing of Covid-19 curbs by states, Panda said.

Asked if the variant involved could be Delta Plus, he said both Delta and Delta Plus have swept the country and “I’m not expecting any more public health havoc from the Delta variant”.

Earlier this week, the top doctors’ body in the country, the Indian Medical Association, said the third wave is “inevitable and imminent”, pointing out that “in many parts of the country both the government and public are complacent and engaged in mass gatherings without following Covid protocols”.