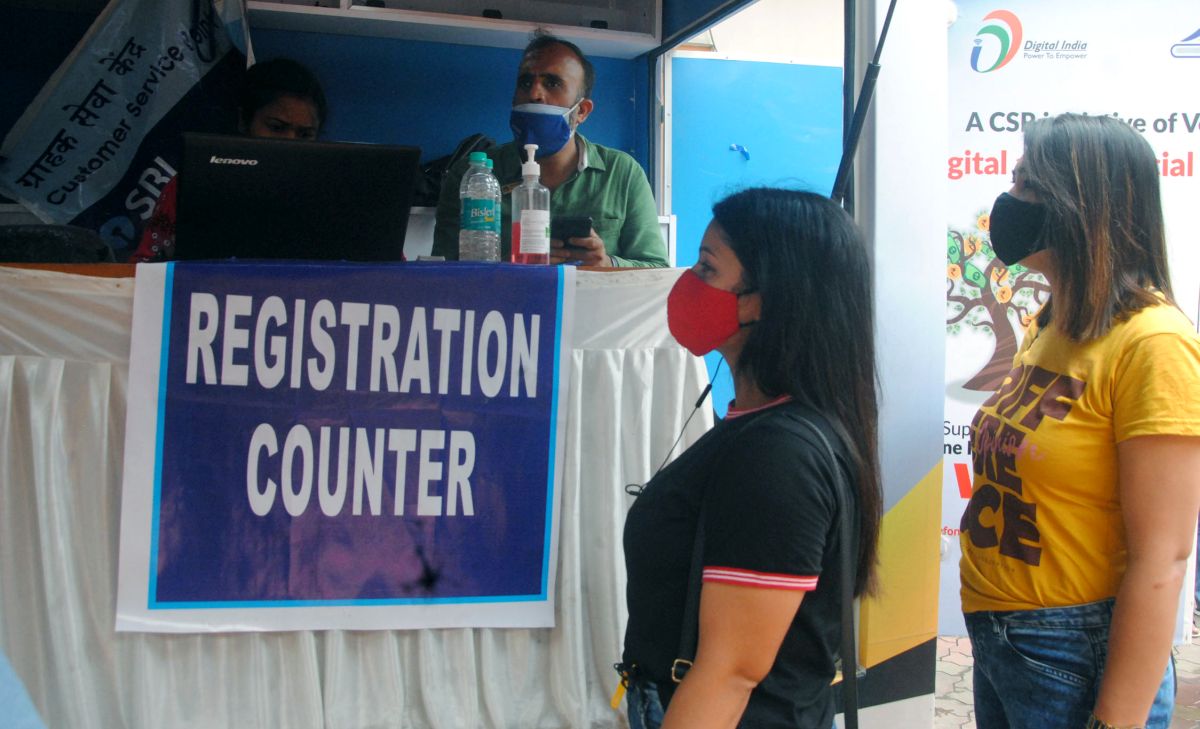 Communications between the USTR and the world’s most powerful pharmaceutical and trade lobbying groups reveal that many raised concerns about India’s push to exempt Covid vaccines from intellectual property.
Sai Manish reports. 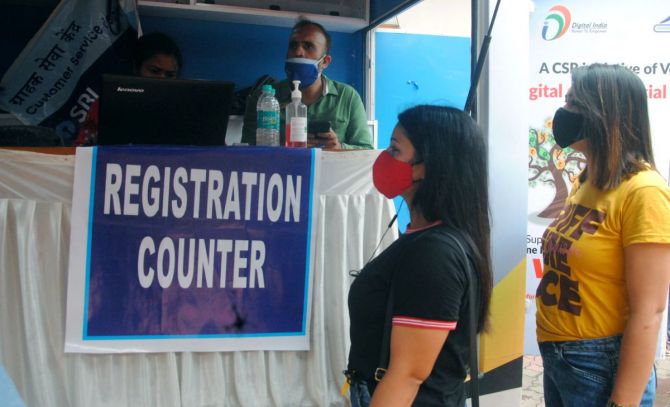 In 1952, when American virologist Jonas Salk discovered the first polio vaccine, he was asked why did he not patent it. The patent for a disease that was debilitating thousands of children every year across the globe belonged to the people, said Salk. ;Could you patent the sun?’ he asked.

Over a year into one of the deadliest pandemics humanity has ever seen, the world has moved beyond the realm of philanthropic research.

In May 2021, the United States Trade Representative (USTR) Office, which is an extension of President Joe Biden’s office, continued to put India on the ‘priority watch list’, which also includes China, Russia, Saudi Arabia and others as nations where ‘particular problems exist with respect to intellectual property, enforcement or market access for US persons relying on IP’.

A look at all the communications between the USTR and the world’s most powerful pharmaceutical and trade lobbying groups shows that many have raised concerns about India’s push at the global stage to exempt Covid vaccines from intellectual property.

These lobby groups have the world’s largest pharma companies including major Covid vaccine manufacturers such as AstraZeneca, Pfizer, Sanofi, Johnson & Johnson among others as their members.

In addition, the US Chamber of Commerce, the biggest lobbying group in the US, also made submissions to block India’s efforts to enforce compulsory licensing of various vaccines by relaxing IP requirements, which would have enhanced the availability and affordability not just in India but across the world.

Compulsory licensing is when a government allows someone else to produce a patented product or process without the consent of the patent owner, or plans to use the patent-protected invention itself. Under World Trade Organisation rules, countries are free to determine the grounds for granting compulsory licences.

In October 2020, India and South Africa had written to the WTO to exempt Covid vaccines and medicines from IP restrictions envisaged under the Trade Related Aspects of Intellectual Property Rights (TRIPS in WTO parlance).

Both nations wrote that global shortage of vaccines and medicines could put many patients at risk and enforcing IP rights at this stage would be a huge barrier to tackling the crisis.

However, big pharma companies, which were developing 90 per cent of the world’s vaccines, half of which were being developed in the US, were totally opposed to the move. Other influential businessmen such as Microsoft founder Bill Gates were opposed to the idea of sharing vaccine technology without patenting.

In January 2021, the US Chamber of Commerce made its submissions to USTR extrapolating its stand on the issue.

In a communication dated January 21, and with reference to the Indian and South African demand for a waiver at WTO, it wrote, ‘The proposal, first tabled by South Africa (and later supported by India and other countries), contemplates the revocation of many types of intellectual property, including patents, copyrights, trademarks, and trade secrets, for virtually any COVID-19-related products.

‘In the Chamber’s view, this waiver is unnecessary and could undermine the progress made thus far in fighting the global pandemic. Vaccinating billions, will no doubt be a challenge.’

On March 5, just a few weeks before the USTR report was finalised, the US Chamber of Commerce again urged the Biden administration not to back down from its stance of easing licensing curbs.

It wrote, ‘The chamber understands that many stakeholders may ask USTR to modify its review of global intellectual property rights, given the challenge of the global pandemic. We strongly disagree with this approach, as it would not conform with its statutory requirements nor would it accurately describe the nature of the international intellectual property system.

‘Namely, that cutting-edge innovations supported by intellectual property-intensive investments have done a great deal to bring the pandemic’s end in sight.’

Another lobby group, Biotechnology Innovation Organisation (BIO), which consists of the world biggest pharma companies such as Johnson & Johnson, Novartis, Merck, Pfizer and hundreds of others, also wrote to USTR cautioning the US government against India’s moves at the WTO.

In a representation sent on March 6, BIO wrote, ‘Unfortunately, there have been many unfounded claims that intellectual property rights are hindering the development of tools to fight COVID-19, as well as access to those tools.

‘As a result, there have been numerous calls for the adoptions of measures to weaken intellectual property rights counter to global commitments embodied by the TRIPS Agreement.

‘In the WTO itself, there has been an extreme proposal to waive intellectual property commitments with respect to technologies related to COVID-19.

‘The global IP system has been inaccurately attacked, mis-characterised and misunderstood as an impediment to responding to the global pandemic.’

The impact of this intense lobbying against freer availability of vaccine technology was that the US under Donald Trump failed to make any concessions on this front after India’s letter to the WTO in October 2020.

After Biden took oath as the new US president in January, there has been no concrete move towards waiver of IP rights of Covid vaccines and medicines being manufactured by US firms till date.

At the time of writing this report, China was the latest country to support India’s demand for waiver.

Perhaps one of the strongest statements against India’s lax patent and IP protection laws came from another influential lobby group Pharmaceutical Research and Manufacturers of America (PhRMA), which consists of most of the Covid vaccine makers and big pharma companies in the US.

Although PhRMA did not allude to India’s demands for waiver at WTO, its communications advocated not removing India from the priority watch list.

In its communication dated March 5 to the USTR, it wrote, ‘While PhRMA and its members welcome some improvements, they do not substantively alter the significant deficiencies in India’s IP regime, including restrictive and discriminatory patentability criteria, the inability of originators to enjoin unauthorized follow-on applicants from commercialising copies of innovator products that infringe on an innovator’s patent and India’s failure to prevent unfair commercial use of the regulatory data submitted by an innovator in securing marketing approval in India or in a third country.

‘India’s designation should not improve until it makes real policy changes in these areas.’

Understandably, Mumbai-based Indian Pharma Association opposed the moves of American lobbies. This January, it wrote to USTR stating, ‘In addition to the discussion on TRIPS Waiver, voluntary licensing becomes important for addressing the challenges of pandemic. For instance: Vaccine Covishield resulted from the partnership of Serum Institute of India with Oxford University and AstraZeneca. The positive results from this partnership are evident and have brought certain relief to the ongoing crisis situation not for India alone but to countries across the world.

‘Given this situation, it becomes imperative to also have provisions to use voluntary licensing mode as it would hold the mechanism of reward for all the stakeholders involved in the process of developing the medical products.

‘Voluntary licensing would allow the manufacturing and distribution of such COVID-related products at affordable rates.’

After taking cognisance of these representations, USTR in its final review flagged India’s lax protection of patent rights especially in the pharma sector.

However, it noted that the US government supported waivers like seeking prior authorisation from the vaccine patent holder, given that Covid was a national emergency in many nations.

Despite that, most vaccine production deals both in India and in many other nations have happened after protracted negotiations with companies that hold Covid vaccine patents and nations that urgently require them.