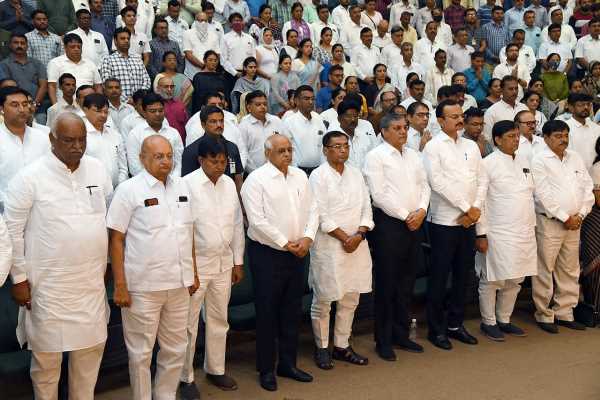 Caretakers of crematoriums and graveyards in Morbi town of Gujarat said they never saw a huge influx of bodies in a short span of time in decades, which they witnessed in the aftermath of the bridge collapse tragedy that claimed 135 lives.

The British-era suspension bridge on the Machchhu river in the town caved in on Sunday evening, plunging people into the water below.

Sajid Piludia of Morbi’s biggest graveyard for Sunni Muslims said nearly 40 members of the Muslim community lost their lives in the incident.

“Of them, 25 were buried here (Morbi) and another one at a nearby graveyard on Monday. This was the biggest tragedy after the 1979 Machchhu dam breach incident,” he said.

It all happened due to the negligence of the administration, a visibly upset Piludia said.

Yusuf Samada and Yunus Shaikh, working as grave diggers at that graveyard, said they dug 14 out of the 25 graves from Sunday night till Monday evening to meet the sudden influx of bodies.

“This was very unusual for us because we usually dig nearly 20 graves a month,” he said.

Bhima Thakor, caretaker of a gas-run crematorium in Morbi town said he performed the last rites of 11 persons on two days — on Monday and Tuesday.

“Nine bodies were brought on Monday and two on Tuesday. Usually, only two to three last rites are performed in this crematorium every week. I have never seen such a high death toll in a short span in decades,” Thakor said.

Dr Pradip Dudhrejia, Superintendent of Morbi Civil Hospital said since the cause of the death of the Morbi tragedy victims was known (drowning), post-mortem was not conducted on the deceased.

“A team of experts ascertained that the cause of death of all the 135 people was drowning and some died due to drowning and associated injuries,” he said.

“Since the cause of deaths was known and there was nothing more to find out, post-mortem was not conducted on the victims as recommended by a team of designated medical experts,” Dudhrejia added.

The caretakers of crematoriums and relatives of the deceased said the tragedy reminded them of the Machchhu dam breach incident of 1979 when thousands of Morbi residents were washed away in flood waters.

Ramesh Patel, who lives near the hanging bridge, lost his niece and her three neighbours.

“Out of the seven people who came to my house to enjoy the holiday, four have died, including my niece. After learning about the bridge collapse, all of us rushed to the spot and saved nearly 60 persons. It reminded me of the dam breach incident. This was the biggest tragedy in Morbi after the dam breach,” said Patel, who cremated her niece on Monday, a day after the incident.

Meanwhile, the National Disaster Response Force (NDRF) and other agencies continue to look for bodies at the site.

VVN Prasanna Kumar, the Commandant of the NDRF, said apart from drowning, people also died of injuries because “floor of the river was full of rocks”.