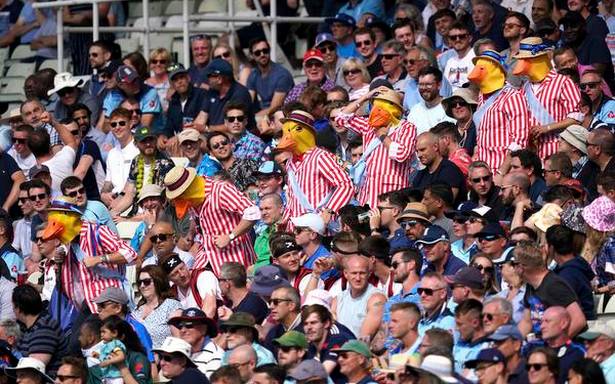 The trial is over, and we await the judgement. Last weekend saw one of the biggest experiments in recent sporting history at three venues across England: Wembley, Wimbledon and Lord’s.

It involved crowds of over 60,000 as Italy beat England in the Euro final, 15,000 as Novak Djokovic climbed into the record books with his 20th Grand Slam title (and Ashleigh Barty claimed her second), and some 20,000 who watched a hastily put together England beat Pakistan in a One-Day International.

That’s nearly one lakh people whose immediate future will tell us something about our long-term future.

Cricket, sport, and indeed mankind will have to learn to live with the coronavirus. This much we have learnt. If sport, as we believe, is a reflection of society, then what happens at a sporting venue could reflect what might happen outside it. Whether the English authorities were being brave or foolhardy will be revealed too. That might act as the template for others to follow (or not) in the continuing battle against the virus.

England cricket captain Ben Stokes has said that he is reconciled to going back to life in a bio-secure bubble. He and his team might have to if the India series next month is to be played safely, with the players feeling secure. The result of the experiment will be known before the first ball is bowled on August 4.

Already England have had to field a new team after the coronavirus entered their camp ahead of the Pakistan series. If there is tension in and around a cricket team, that is only natural.

In Sri Lanka, the start of the white-ball series against India was postponed by five days after the hosts’ batting coach and team analyst contracted covid. The sequence of testing-isolating-awaiting negative report-returning to competition has become as commonplace as wearing masks-social distancing-handwashing, and most importantly, vaccinating.

Ashley Giles, the managing director of England men’s cricket summed it up when he said, “We are fully aware of the risks and we are aware of the knife-edge that we are working on all the time.”

Cricket is being played around the world on a knife-edge; and only the absence of, or relative low numbers of casualties can be taken as an endorsement of the decision to play.

Efficacy of the bio-bubble

The efficacy of the ‘secure’ bio-bubble depends largely on the people inside it. Sri Lanka recently suspended three players for breaching it on their tour of England and ordered their return home. They were seen on the streets of Durham after a T20 International.

There are bio-bubbles and then there are bio-bubbles. The ones in England and Australia seem to have kept the players safe during internationals (played to empty stadiums) there this year. These didn’t work quite so efficiently in India during the IPL when Wriddhiman Saha and Amit Mishra were among those who caught the virus.

The thumb rule seems to be: less travel, constant monitoring, common sense. And of course, discipline.

It is difficult not to sympathise with the players and support staff who are forced into the bubble in order to a) entertain us and b) prompt some cash flow into the sport and for themselves. It is tough. But, increasingly as we are learning, eternal vigilance is the price all of us have to pay.

Recently, county cricket in England was affected, with the Derbyshire v Essex match being called off after a positive test in the former’s camp. England’s new limited over franchise tournament, The Hundred, scheduled to commence on July 21, seems to be under some threat since the squads are unlikely to be in bubbles.

England cannot afford to have any national player (most of whom have had at least one jab) affected since the series against India is set to bring in about a £100 million in broadcast revenues. The Indian squad have had both their jabs.

The domestic season in India is set to begin on September 21. There are 2127 matches to be played. Things like travel and accommodation and indeed the bubble (if necessary) will have to be worked out in the weeks to come, depending on how the anticipated third wave affects the population. It is a huge exercise.

That new expression in the language — ‘super-spreader’ — is not one we should turn to regularly. Or ever. So if the experiment with crowds in England passes off without incident (something that will be known only in a fortnight), sport would have gained enormously. And the experiment would have been worth it. If not…