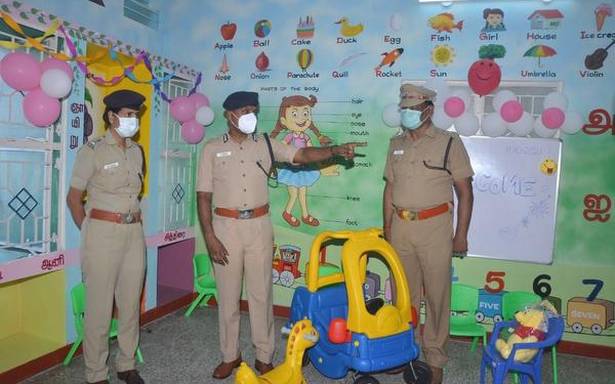 Inspector General of Police, Central Zone, V. Balakrishnan on Monday said that many online fraud cases were being booked as several affected persons were coming forward to lodge complaints.

Police have constituted cyber committees at the village level to create awareness of cyber crimes among the people. Alert messages sent time-to-time from the State and national-level cyber crime units on cyber offences were being made as videos in Tamil by the district cyber crime units and circulated to the cyber committees to create awareness among the people, Mr. Balakrishnan told reporters at Pudukottai.

He said there was growing awareness among people of cyber crimes and many were not disclosing personal information as sought by strangers over phone due to which such offences were being curbed.

Replying to a query, he said history sheets were being opened against accused involved in POCSO Act cases and their activities were being monitored.

Police personnel attached to the Women Help Desk set up in each police station in every district were visiting the hotspots where offences under the POCSO Act had been reported over the past five years and keeping a watch at those places besides instilling confidence among minors.

Answering another query, he said the Superintendent of Police of every district in the central zone would review the functioning of surveillance cameras established at government hospitals and necessary arrangements through the Health Department would be made to set right defects in the gadgets.

He said the first clue regarding the kidnap of an infant from the government hospital at Thanjavur recently and the woman involved in the offence came through video footage from surveillance cameras installed at the hospital, which eventually helped investigators in rescuing the child within 30 hours.

Earlier, Mr. Balakrishnan inaugurated a creche for children of police personnel at the District Armed Reserve campus in Pudukottai Town in the presence of the Superintendent of Police, Pudukottai, Nisha Parthiban and senior police officers.

The creche would take care of 25 children below the age of six years when their parents go for work. It was equipped with play materials, books and photos of animals besides having child friendly bathrooms and toilets.

The programme was conducted on the instruction of Superintendent of Police, Perambalur, S. Mani.

Awareness was created among students of different types of cyber crimes, ways to curb them through precautionary measures and ways to use social media. They were advised not to get addicted to online games, a press release said.