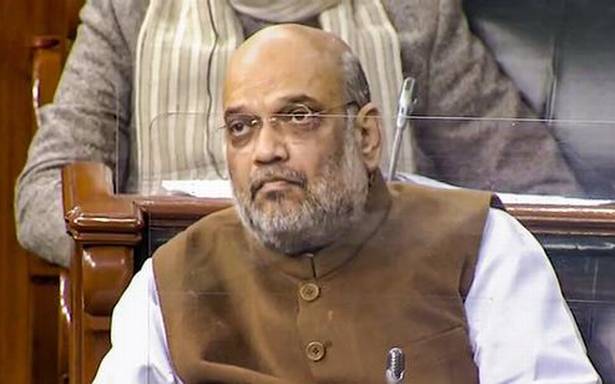 Mr. Shah chaired the consultative committee of the Ministry of Home Affairs on “Cyber Crime: Threats, Challenges and Response”.

The meeting where Opposition members were present was also attended by Minister of State for Home Ajay Kumar Mishra Teni. The Opposition has stalled Parliament on multiple occasions seeking the removal of Mr. Mishra, whose son is accused of mowing down farmers in Uttar Pradesh’s Lakhimpur Kheri district on October 3.

Mr. Shah said the National Cyber Crime Reporting Portal (NCRP) facilitates victims/complainants to report cyber crimes online. “So far, more than 6 lakh complaints have been received and 12,776 FIRs have been registered,” he said.

He said Crime and Criminal Tracking Network and Systems (CCTNS) has now been implemented in all 16,347 police stations. “In 99% police stations, 100% FIRs are being registered directly in the CCTNS. This also includes the newly established police stations,” he said.

The work of making analytical tools against cyber crimes has also been completed up to 40% , he said.