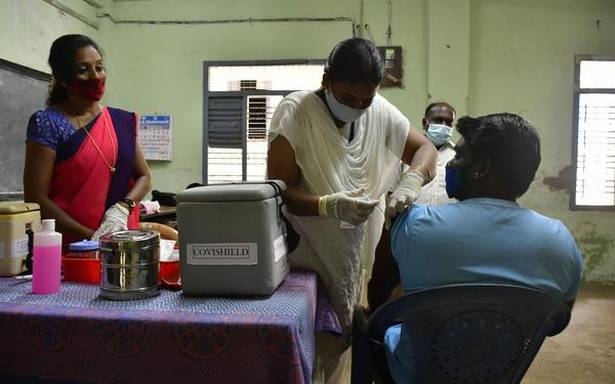 To vaccinate all adults by the end of 2021, 10.3 million doses have to be administered daily on average in the remaining days

The average rate of daily COVID-19 vaccinations in India in the first 10 days of September was the highest since the drive began in January. However, it was still below the daily rate of 10.3 million doses required to innoculate all adults by 2021. Between September 1 and 10, 7.6 million doses were administered on average daily in the country compared to the 6.2 million doses administered daily between August 21 and 31. The average daily doses administered in several major States, including U.P., Maharashtra and W.B., increased in the first 10 days of September. However, they fell in States such as M.P., A.P. and Karnataka..

The seven-day rolling average of daily doses administered continued to rise in the first 10 days of September. It touched 8.5 million and 8.4 million on September 1 and 6, respectively.

The chart shows the average daily doses administered between August 21 and 31 and September 1 and 10 in all States/UTs.

Till September 10, 18.3% of the country’s adult population was fully vaccinated, while 59% had received at least one dose. In five States/UTs, fewer than 15% of adults had received both doses of the vaccine.