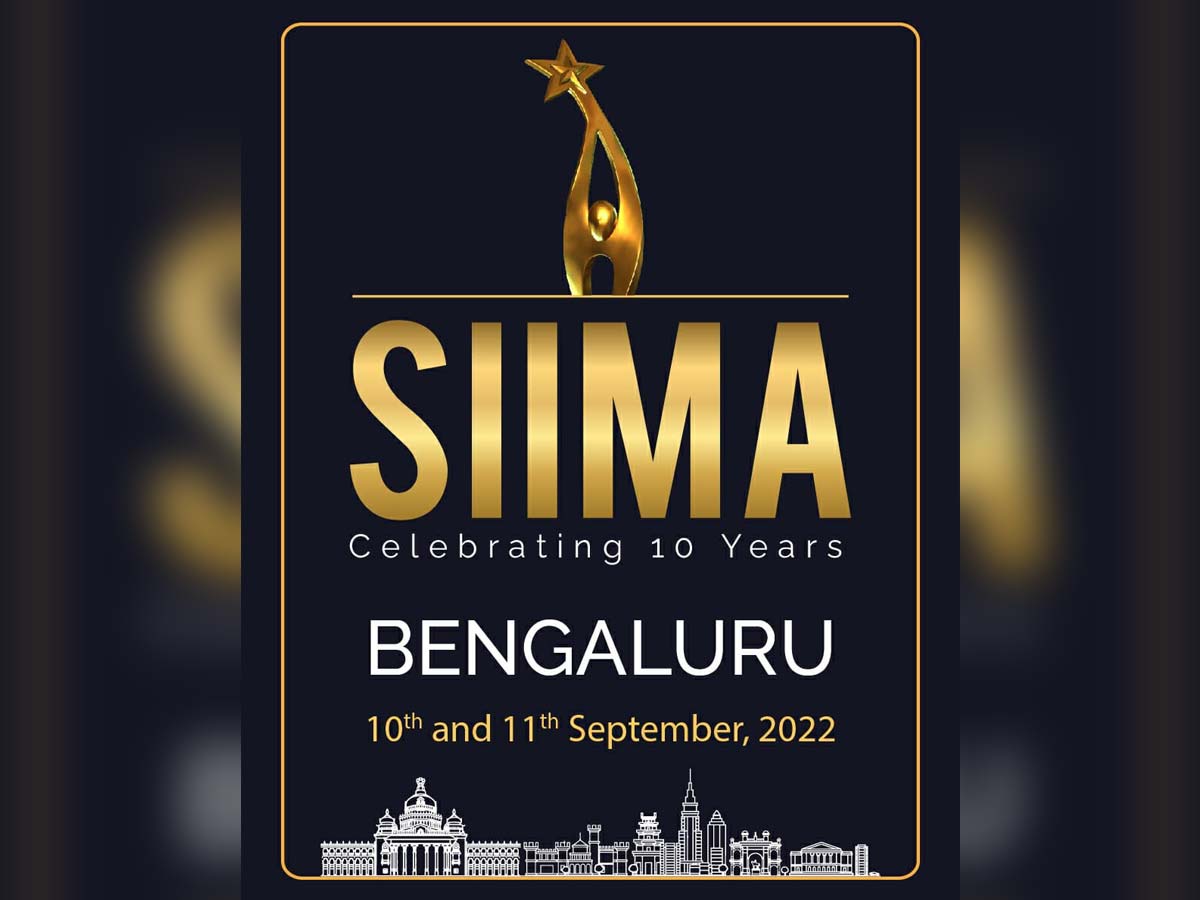 South Indian International Movie Awards are the prestigious awards that are distributed every year in a grand manner. The lavish ceremony was started by Vishnu Vardhan Induri and Brinda Prasad Adusimilli in the year 2012, to admire filmmakers across the South India film industries.

Now, this year’s awards mark the 10th edition of the franchise. So, it has been a decade since the start of the awards ceremony. Moreover, this edition will be the first-ever multi-language awards ceremony, making the day extraordinary.

The ceremony is going to take place in the Garden city of India, Bengaluru, fot a couple of days, i.e., September 10th and 11th. The event is going to be a grand gala that will give space for numerous crowds of celebs and many other bigwigs from different associations.

Last year, the grand event was held in Hyderabad. SIIMA Awards 2022 promo has been released on the official page. The awards are given in two parts. The Generation Next Awards honour the most potential upcoming South Indian film composers on the first day, while the main SIIMA Awards are held on the following day. The nominees for the award are chosen by a jury of top artists and professionals and voted on by the general public.