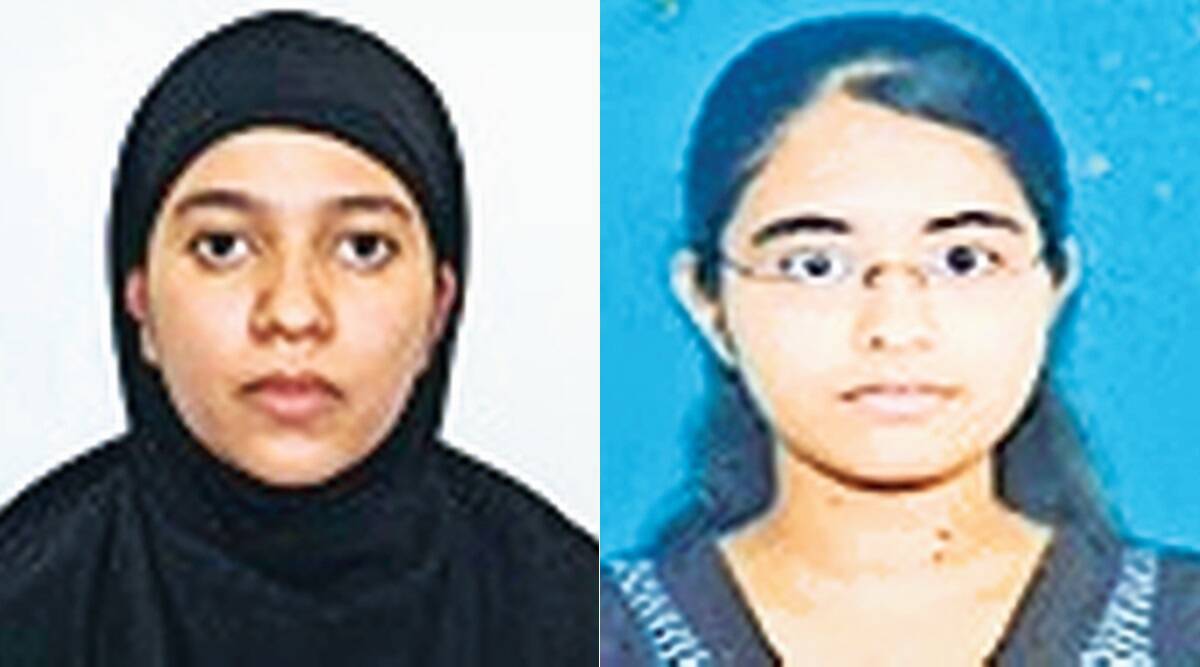 On Monday, Bindu Sampath moved a petition in the Kerala High Court seeking directions to the Union Home and External Affairs ministries to facilitate the repatriation of her daughter Nimisha alias Fathima Isa and her four-year-old granddaughter. Five years after their daughters left India to join the Islamic State (IS), and eventually got jailed in Afghanistan, two mothers in Kerala have chosen two separate paths for their return home.

On Monday, Bindu Sampath moved a petition in the Kerala High Court seeking directions to the Union Home and External Affairs ministries to facilitate the repatriation of her daughter Nimisha alias Fathima Isa and her four-year-old granddaughter.

On the same day, Mini, the mother of Merin alias Mirriam, told The Indian Express that her daughter should be brought back only if she has renounced the Islamic State and repented for her actions.

“I want to directly hear my daughter’s present stand — whether she has any repentance and abandoned the IS. For us, the concern of the country is the bigger issue. What they have done is wrong… joining the IS was a crime. If they stick to the IS, we are not keen on getting my daughter back. Bring them only if they can come back as human beings who can love others,’’ said Mini, who is based in Kochi.

Nimisha, a Hindu, and Merin, a Christian, accepted Islam and married two Christian brothers who had converted earlier to the same religion. They were among a 21-member group of men and women who left the country in May-June 2016 to join the IS.

According to security agencies, the group moved to the Islamic State-controlled Nangarhar region in Afghanistan. A few men from that group, including the husbands of Nimisha and Merin, are believed to have been killed in US strikes and their wives detained by Afghan authorities.

In December 2019, interviews of four women from Kerala — the other two are Sonia Sebastian alias Ayisha and Rafaella — were published under the title ‘Khorasan Files: The Journey of Indian Islamic State Widows’ by the website StratNewsGlobal.

Nimisha, 30, was a final-year BDS student at Century Dental College in Kasaragod when she got married to Bexin alias Isa. Merin, 26, had completed her BA in Communicative English in Kochi when she married Bestin alias Yahiya.

In her petition, Bindu pointed to the Interpol red corner notice issued against her daughter. Her plea said that “subject to a bilateral treaty for extradition, any person named in an Interpol Red Corner Notice must be provisionally arrested or otherwise detained after surrender till extradited to the Requesting Country”.

“A provisional arrest in its natural sense connotes an arrest or detention, which is merely temporary in nature. There is an existing bilateral extradition treaty entered into in 2016 and in force since 2019 after ratification by both countries. Hence, in line with the Interpol Red Corner Notice, the Union Government is bound to take the necessary steps to effect extradition of the concerned accused persons,’’ the plea stated.

Bindu, who hails from Thiruvananthapuram, also said that the return of Nimisha and her daughter shall not pose a threat to national security and that the minor can be rehabilitated and reintegrated into society. “On the other hand, the due process of law can be followed in respect to Nimisha by the security agencies and courts of law, subject to conformity with the universal human rights, under the watchful eyes of the human rights organizations,’’ the plea said.

But Merin’s mother Mini is blunt: the family has no plan to approach the court for her daughter. “I want to directly hear from my daughter that she has abandoned the terrorist organisation. Only then do I want to see her. I want to hear this from my daughter, not through anyone else. Let the Union Government give me an opportunity to speak to her,’’ she said.

Mini said that if her daughter is still with the IS, she would be a danger to society. “One person’s deeds should not cause pain to an entire community,’’ she said.