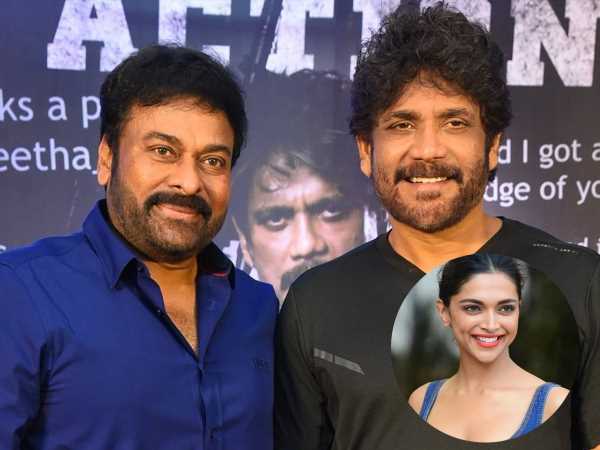 Bollywood actress Deepika Padukone is all set to play a special cameo in an upcoming film Brahmastra in which King Nagarjuna is also playing a cameo. We have already reported that Megastar Chiranjeevi is giving the voice over for the Telugu trailer of this film which has Ali Bhatt and Ranveer Kapoor playing the lead roles.

Brahmastra is one of the most awaited films of the year, having been in the works for nearly 5 years and having had its release date pushed back many times.  Deepika Padukone’ cameo rumors come months after the filmmaker Karan Johar announced  Bollywood badshah Shah Rukh Khan’s appearance in the film. The sci-fi film Brahmastra directed by Ayan Mukerji.

The sources say that Padmaavat fame Deepika Padukone is expected to have a smashing cameo in  this film, and it seems that she readily agreed given her equation with both Karan Johar and Ayan Mukerji since Yeh Jawaani Hai Deewani.

Karan Johar and Ayan  have recently revealed that Chiranjeevi is associated with the Telugu version of the film Brahmastra in which Deepika Padukone will play a cameo.

Amitabh Bachchan and Mouni Roy are also the part of the film which is described as a fantasy adventure.