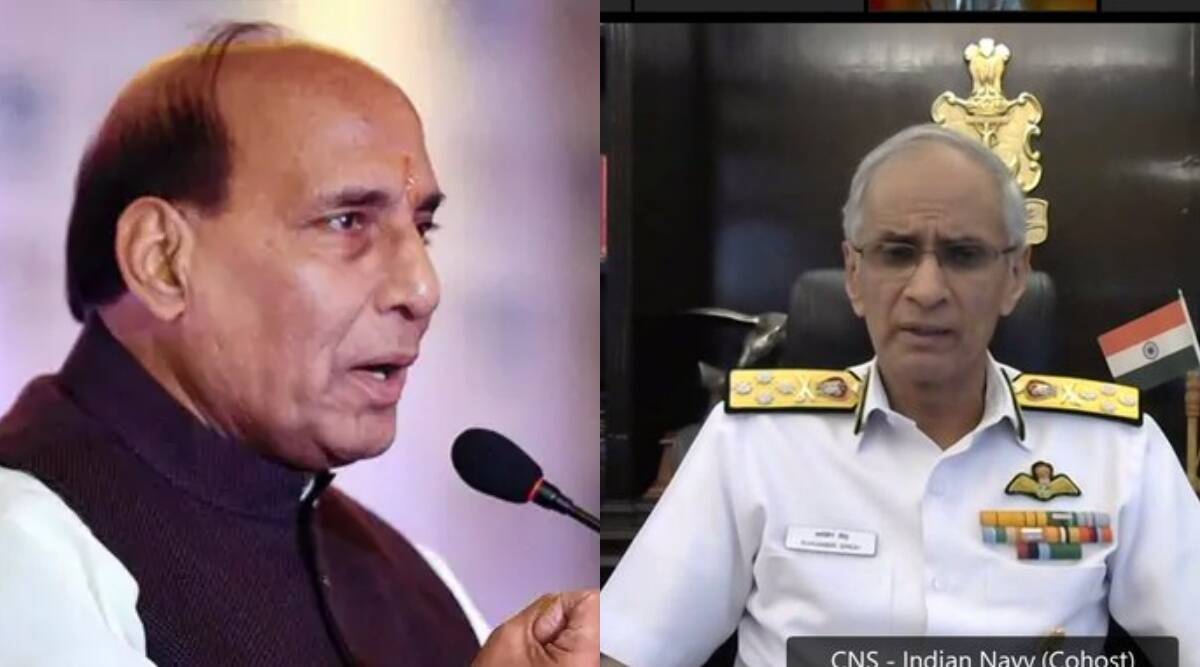 As the basic precepts of a maritime Indo-Pacific are challenged, the Navy Chief said, competition in the Indo-Pacific is also becoming more diverse, involving levers of diplomacy, commerce, ideology, values, science and technology apart from the military. As some nations bring land-centric approaches to the maritime domain, seeking greater domination, it is imperative for like-minded navies to collaborate and work together in the Indo-Pacific, Navy Chief Admiral Karambir Singh said on Wednesday. He mentioned, without naming any particular nations, the challenges to the world order is changing the global commons to contested seas.

Delivering a speech at the Indo-Pacific Regional Dialogue 2021, organised by the National Maritime Foundation, Singh said, “What we are seeing today, is some states applying land-centric territorial mindset to the basic idea of the global commons; attempting to seek greater domination and control.” Therefore, he added, “the increasing challenge to international rules, regulations and reinterpretation of such conventions, which is turning the global commons into contested seas.”

As the basic precepts of a maritime Indo-Pacific are challenged, the Navy Chief said, competition in the Indo-Pacific is also becoming more diverse, involving levers of diplomacy, commerce, ideology, values, science and technology apart from the military. “There is a day-to-day competition for influence, leverage and geostrategic space that is increasingly being witnessed” and the rules of the game are changing with the evolving challenges.

Laying emphasis on the need for cooperation, Singh said that “as competition becomes more intense in the Indo-Pacific, the value of cooperation will become even more, and not less, significant,” and added that it “comes from the predominant maritime nature of the Indo-Pacific itself.”

Any contest in the region dominant maritime domain “will definitely impact every country, not just the contenders” because, he said, “this calls into question the very interpretation of the rules-based order that regulates global exchanges. And, therefore the need to cooperate in upholding the rules-based system.”

Further, he said that the large expanse of the Indo-Pacific, “underscores the fact that no one can do it alone.” All these elements highlight “the increasing relevance of cooperation in an incrementally more contentious region.”

He said that “if we are to assure the security and safety of the global commons, like-minded navies would need to pool expertise, experience and resources into this collective endeavour” and work together to “manage and maintain the global commons that underwrite global prosperity”.

Indian Navy’s endeavour, Singh said, “is to help harness competencies to tackle the common challenges faced” and creation of a “participative, inclusive ecosystem, rather than a prohibitive, elitist one has been our priority”.

The Navy he said is forward leaning, which means, it is “looking outward instead of looking inward” and is looking to engage with partner nations to develop interoperability and trust with the aim that we can come together in a plug and play fashion when needed”.

“Prosperity, security and growth for all in the maritime domain can only be accomplished if we collaborate. This collaboration must evolve on the bedrock formed by mutual understanding of drivers, imperatives and challenges; a firm belief that maritime nations are necessarily a maritime community and the knowledge that oceans are our common heritage as well as destiny.” Singh said.

Speaking before him, delivering the keynote address Defence Minister Rajnath Singh underlined that “India is committed to respecting the rights of all nations as laid down in the UN Convention on the Law of Seas, 1982”. He said that India is “fully determined to protect the legitimate rights and interests of our country in relation to our territorial waters and Exclusive Economic Zone, while supporting the maintenance of rule based maritime systems,” as per UNCLOS.

The Defence Minister mentioned that competition over resources has intensified in the sea, “the rise of serious threats such as terrorism, piracy, drug trafficking and climate change have thrown new challenges for our Indo-Pacific region” and the nature of such challenges “has considerable trans-national implications which require a cooperative response”. There is, he added, “therefore, a need to find convergence of interests and commonality of purpose on maritime issues”.