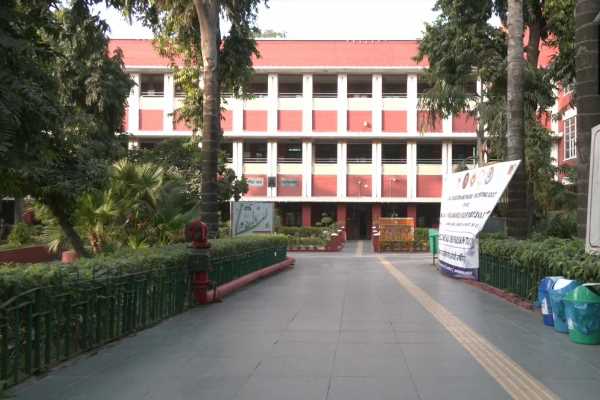 Speaking to PTI, Sharma also claimed that 90 per cent of the students are vegetarian and they had earlier protested over non-veg food being served in the hostel.

Hansraj College’s decision to discontinue serving non-vegetarian food at its canteen and hostel after it reopened following the pandemic in February last year has drawn sharp criticism from several quarters.

“We are not going to withdraw the notice regarding non-veg food. It is an Arya Samaj college. We have our philosophy and that is why we won’t serve non-veg food. We conduct ‘havan’ regularly. We follow our rules. It is written in the hostel prospectus that non-veg food will not be served in the hostel,” she told PTI.

“We don’t ask St Stephen’s (college) to conduct ‘havan’. We don’t interfere with Khalsa College rules. Then why are we being questioned? We don’t say do not eat non-veg food. We just simply ask don’t bring non-veg food in college,” Sharma added.

The principal claimed that non-veg food was never served in the canteen and it has been discontinued in the hostel after informing students.

“Earlier, vegetarians and non-vegetarians used to sit separately. Now they can sit together and eat. Students had protested earlier about the canteen serving non-veg. They said the same utensils are being used and some students had apprehensions,” she added.

Third-year student Alok Sharma, who resides in the hostel, had earlier alleged that the college stopped serving non-vegetarian food abruptly.

“We were not informed about any such order. I don’t think any order was issued. This is unfair. We are living away from our family and we need proper food,” he said.

“This is kind of a backward move. There should be freedom in what we want to eat.”

A group of students affiliated with the Students’ Federation of India has called for a protest at Hansraj College against the “discontinuation” of non-vegetarian food and termed it an attempt at “saffronising the campus”.

The SFI’s Hansraj College unit, in a statement, said frustration is brewing in campus against the “ban” on non-vegetarian food.

The protest will be held outside Hansraj Hostel on January 20, it said.

The SFI alleged that there have also been instances where the Hansraj administration confiscated eggs from students who brought them to the hostel.