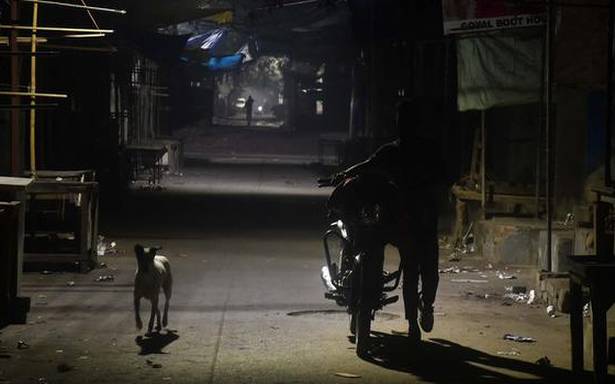 In view of rising COVID-19 cases, night curfew to continue till further orders

The Delhi Disaster Management Authority (DDMA) on Monday issued orders related to the imposition of night curfew in the Capital, given the continuing spurt in COVID cases.

This comes even as Delhi government sources said that Health Minister Satyendar Jain is scheduled to chair a meeting on Tuesday on the implementation of various provisions of the Graded Response Action Plan (GRAP) to the increasing trend in COVID-19 cases.

Divided in four parts — yellow, amber, orange and red — are the various response patterns which are supposed to kick in with fluctuations on the positivity rate and the number of daily COVID cases emerging in the city.

The positivity rate on Sunday was recorded at 0.55% and 0.68% on Monday which, according to government sources, is in line with the yellow alert. This, according to sources, is most likely to be discussed on Tuesday following which a government order proclaiming the implementation of the GRAP is expected to be announced.

Under the yellow alert level, all construction activities are allowed, shops and establishments dealing with non-essential goods and services and malls are allowed to open according to the odd-even scheme from 10 a.m. to 8 p.m.

Meanwhile, patients and pregnant women, people out to buy essential items and those travelling to or from railway stations, bus stops and airports were exempted from the night curfew that kicked in at 11 p.m. on Monday, according to a DDMA order.

The restrictions will be in place from 11 p.m. to 5 a.m., till further orders, the DDMA said, adding government officials involved in emergency services, judges and judicial officers, medical personnel and media persons along other categories of individuals were exempted from the night curfew.

Only the exempted category people will be allowed in metro trains and public transport buses during the night curfew hours, the DDMA order said.

Meanwhile, the BJP took the opportunity to accuse the Delhi government of not being able to rein in COVID yet again with Delhi BJP president Adesh Gupta demanding that city schools be shut.

Accusing it of exhibiting laxity during the first two COVID waves, the BJP sought to “remind” the Delhi government that during the earlier two waves, preparations were “declared only on papers” and were “nowhere to be seen at the ground level”.