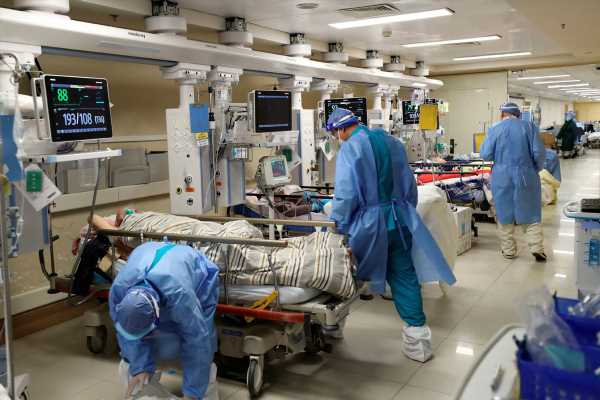 The demand for Indian generic drugs has shot up in China amid the massive COVID surge in the country, with Chinese experts cautioning that fake versions of these drugs are flooding the market.

China’s National Health Security Administration said on Sunday that Pfizer’s Paxlovid oral medication, which is used to treat Covid-19, could not be included in the “register of drugs in the basic medical insurance”, because the company’s quotation was too high, media reports said.

Due to the massive short supply of Paxlovid, demand for Indian generic versions has gone up through Chinese e-commerce platforms.

“On the Chinese e-commerce platforms… At least four generic COVID drugs produced in India – Primovir, Paxista, Molnunat, and Molnatris — have been listed for sale in recent weeks. Primovir and Paxista are both generic versions of Paxlovid, while the other two are generic versions of Molnipiravir,” Chinese media outlet Sixth Tone reported.

All four drugs appear to have been approved for emergency use by the Indian authorities, but are not legal for use in China, it said.

He Xiaobing, the head of Beijing Memorial Pharmaceutical, told Sixth Tone that India was “the only country where we can source reliable and affordable COVID drugs with guaranteed therapeutic effects”.

“But the strong demand was used by illegal groups who produce counterfeit drugs. This will badly affect patients’ treatment,” he said.

China’s health system catering to 1.4 billion people is under strain especially due to the heavy costs of drug supply which were controlled by multinational pharmaceutical giants.

India has been persuading China to permit its pharma products to reduce costs for its citizens and to decrease the massive trade deficit between the two countries.

At one time, Indian cancer drugs have become very famous for their efficacy and affordability.

Considering their popularity, a Chinese film by the name “Dying to Survive” showing the survival of cancer patients on the banned imported Indian drugs had a successful run in China.