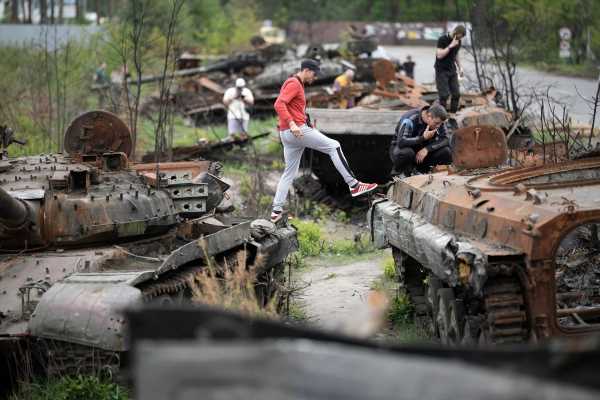 Please click on the images for glimpses of the destruction caused by Putin’s war in Ukraine. 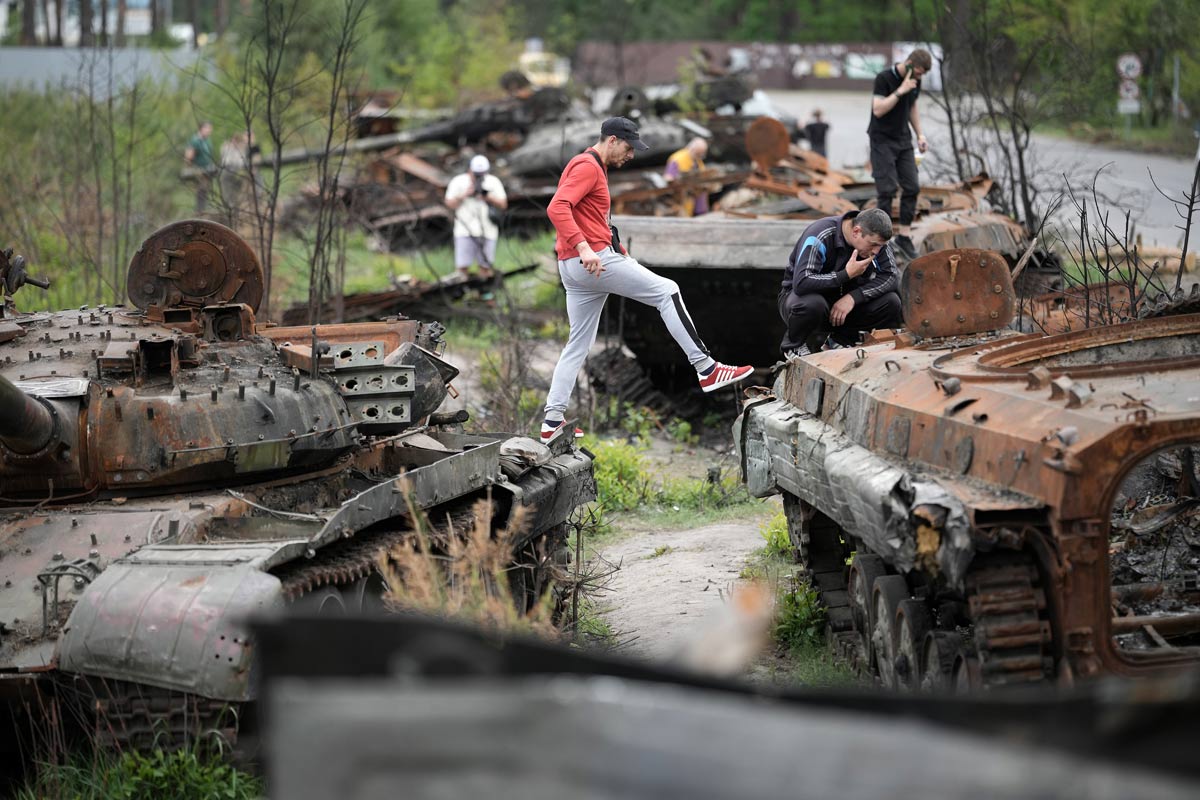 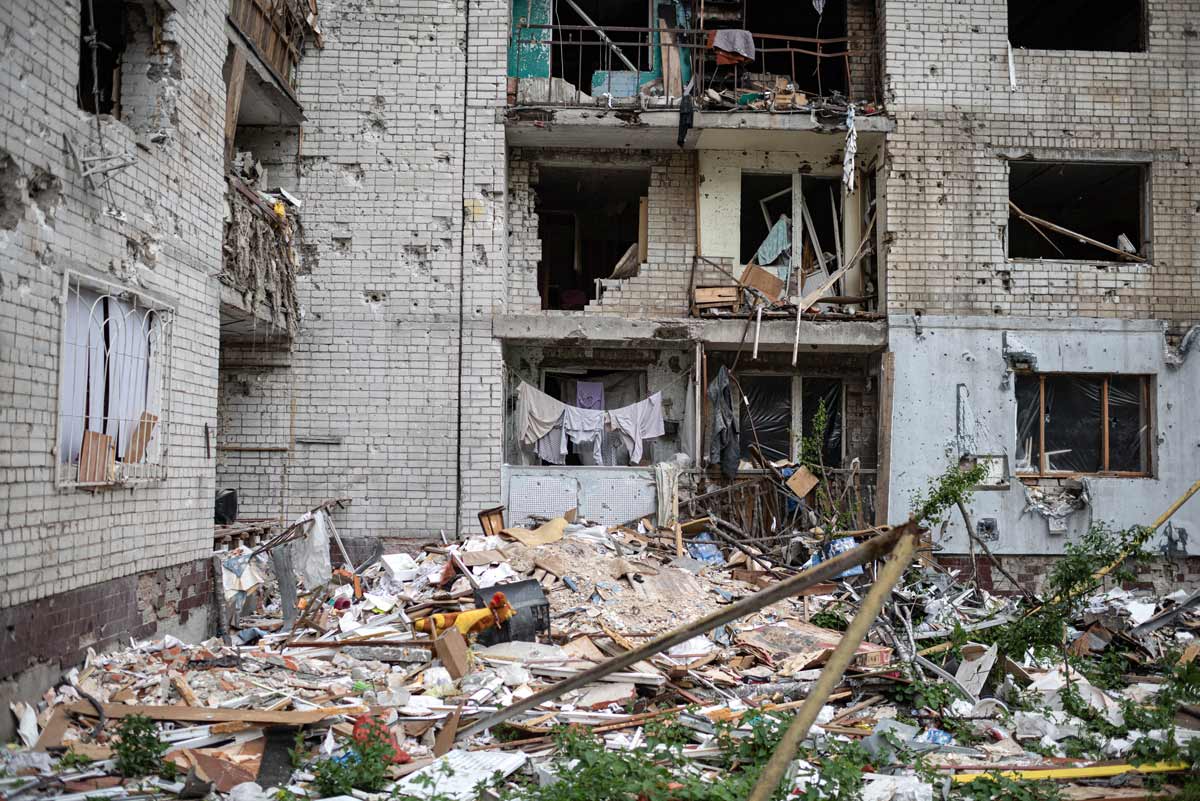 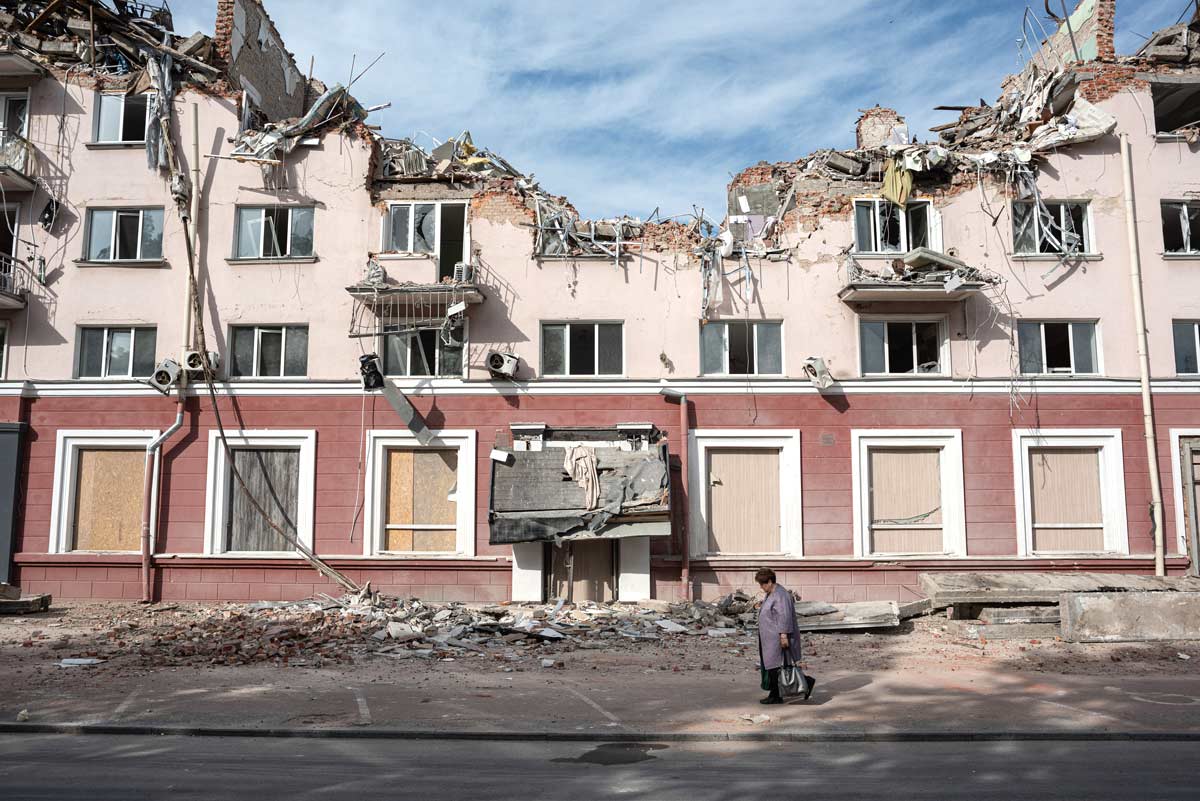 IMAGE: A woman walks by the heavily damaged Hotel Ukraine in Chernihiv.
Chernihiv, northeast of Kyiv, was an early target of Russia’s offensive after its February 24th invasion.
While they failed to capture the city, Russian forces battered large parts of Chernihiv and the surrounding region in their attempted advance toward the capital. Photograph: Alexey Furman/Getty Images 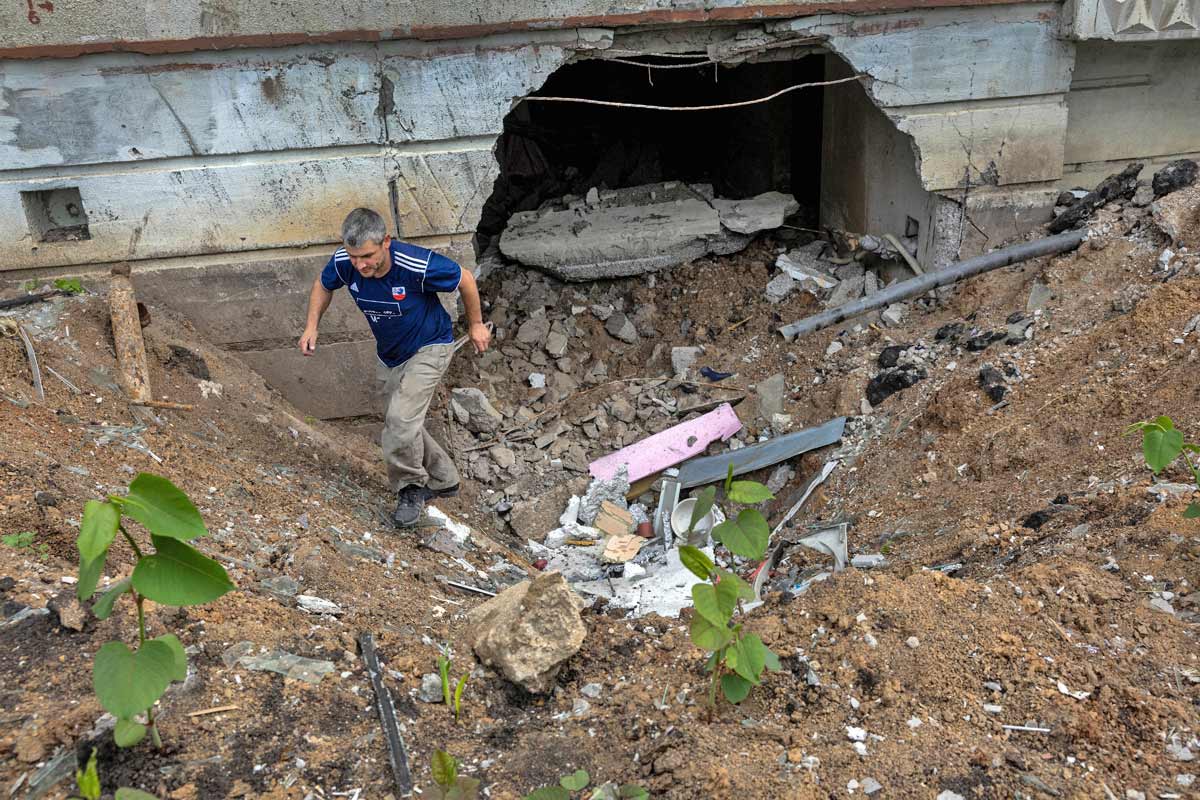 IMAGE: A local resident inspects bomb damage from Russian attacks while retrieving salvageable items from his apartment building.
Although Russian shelling has largely ceased in Kharkiv, the attacks destroyed many houses and large apartment buildings, especially in the northern part of the city, leaving thousands of residents homeless. Photograph: John Moore/Getty Images 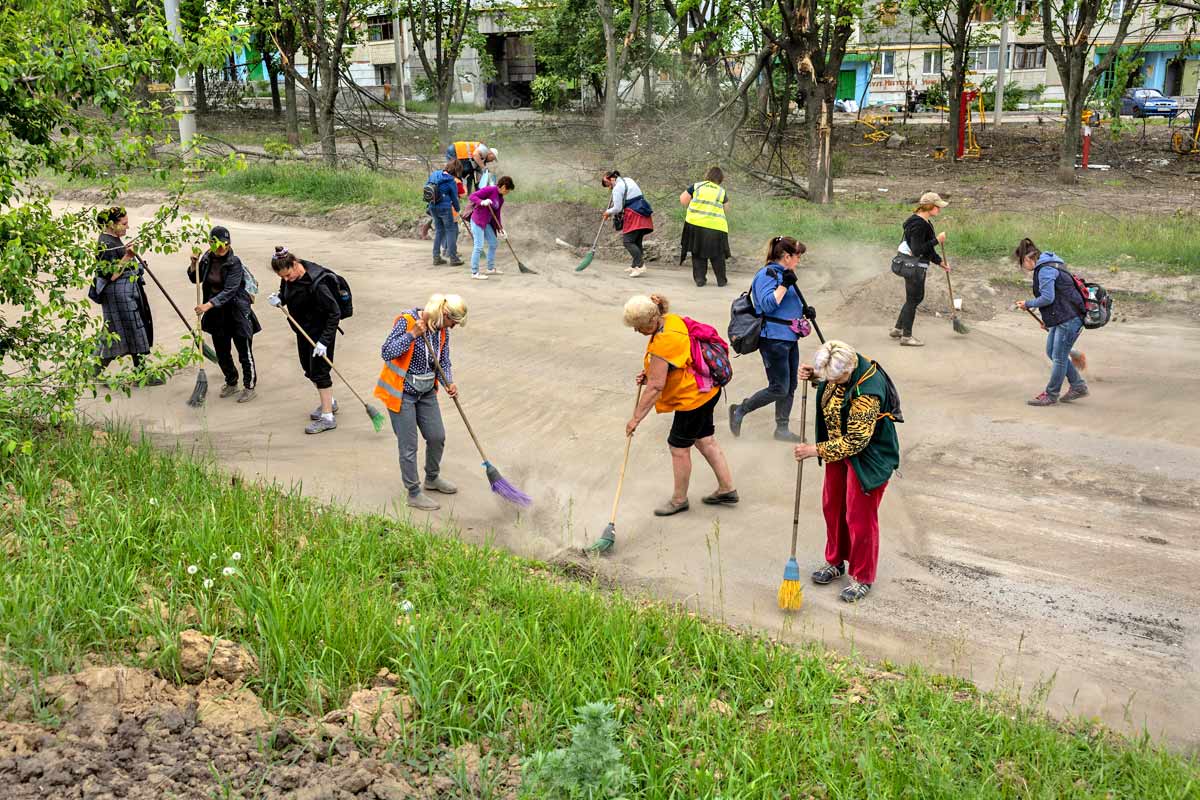 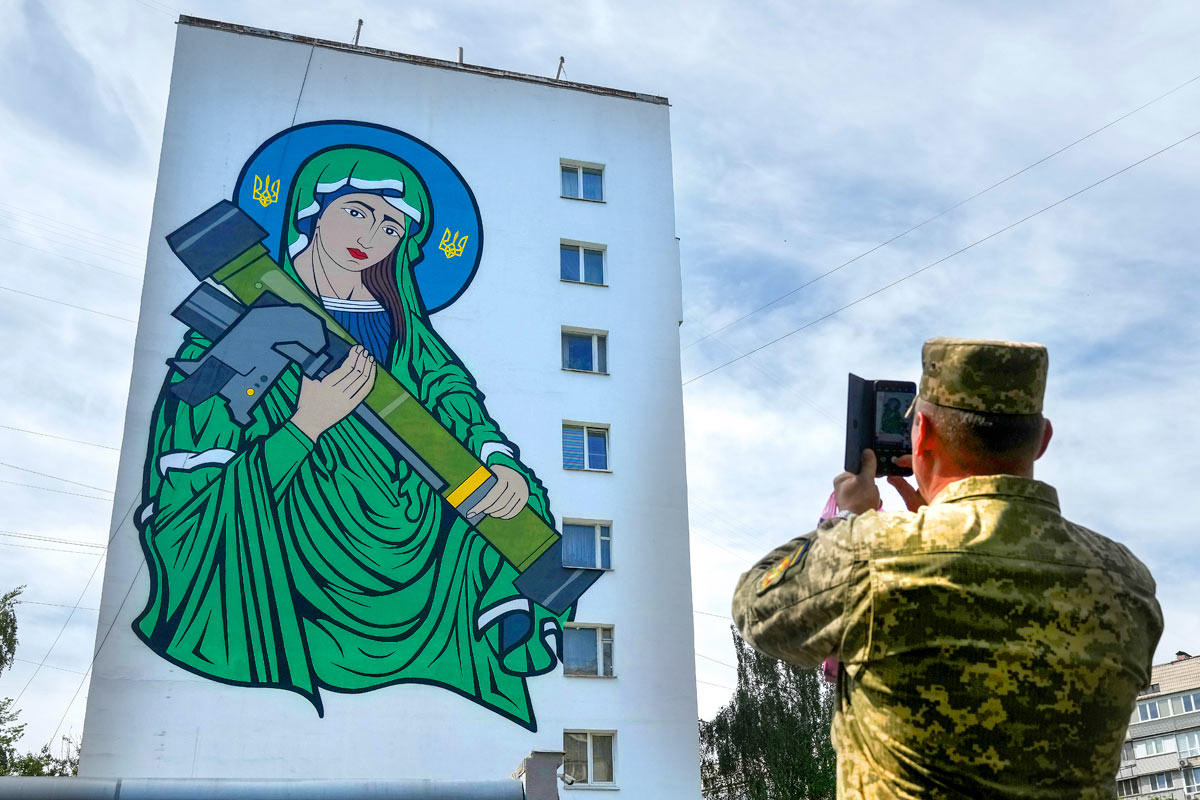 IMAGE: Ukrainian soldiers take pictures of a mural titled Saint Javelin dedicated to the British portable surface-to-air missile that has been unveiled on the side of a Kyiv apartment block.
The artwork by illustrator and artist Chris Shaw is in reference to the Javelin missile donated to Ukrainian troops to battle against the Russian invasion. Photograph: Christopher Furlong/Getty Images 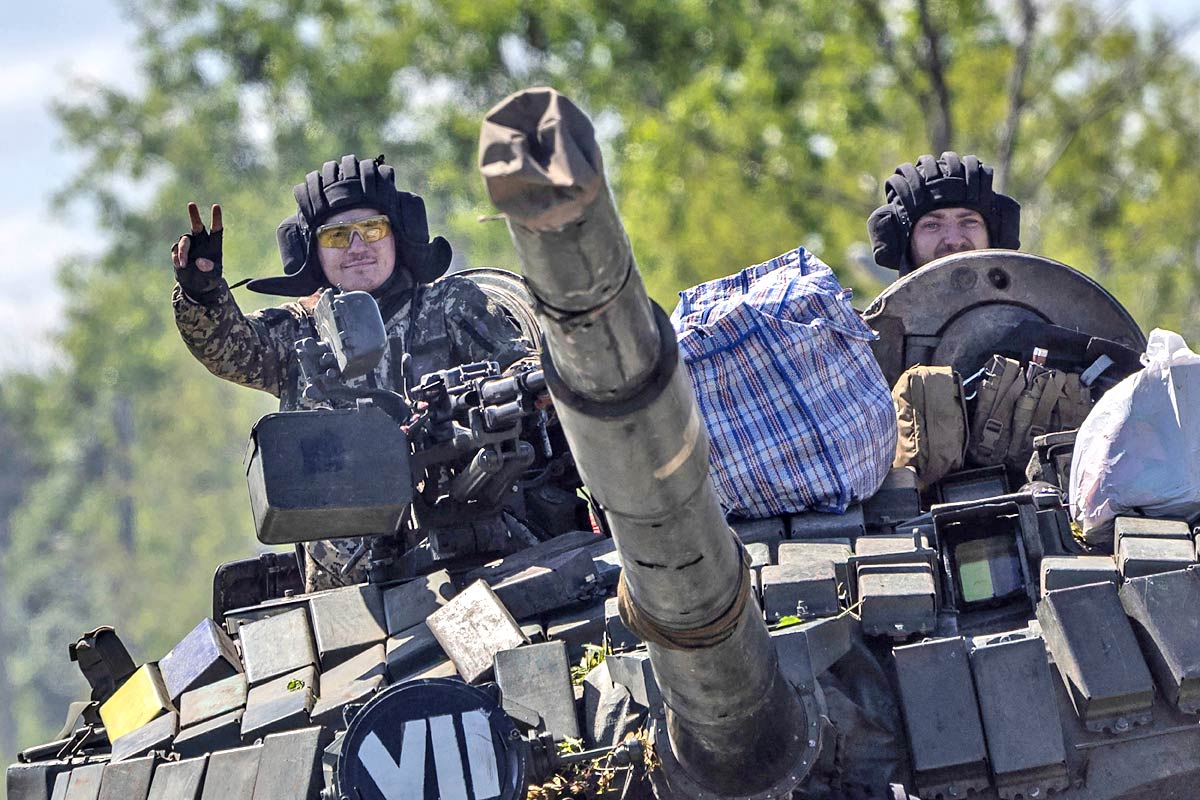 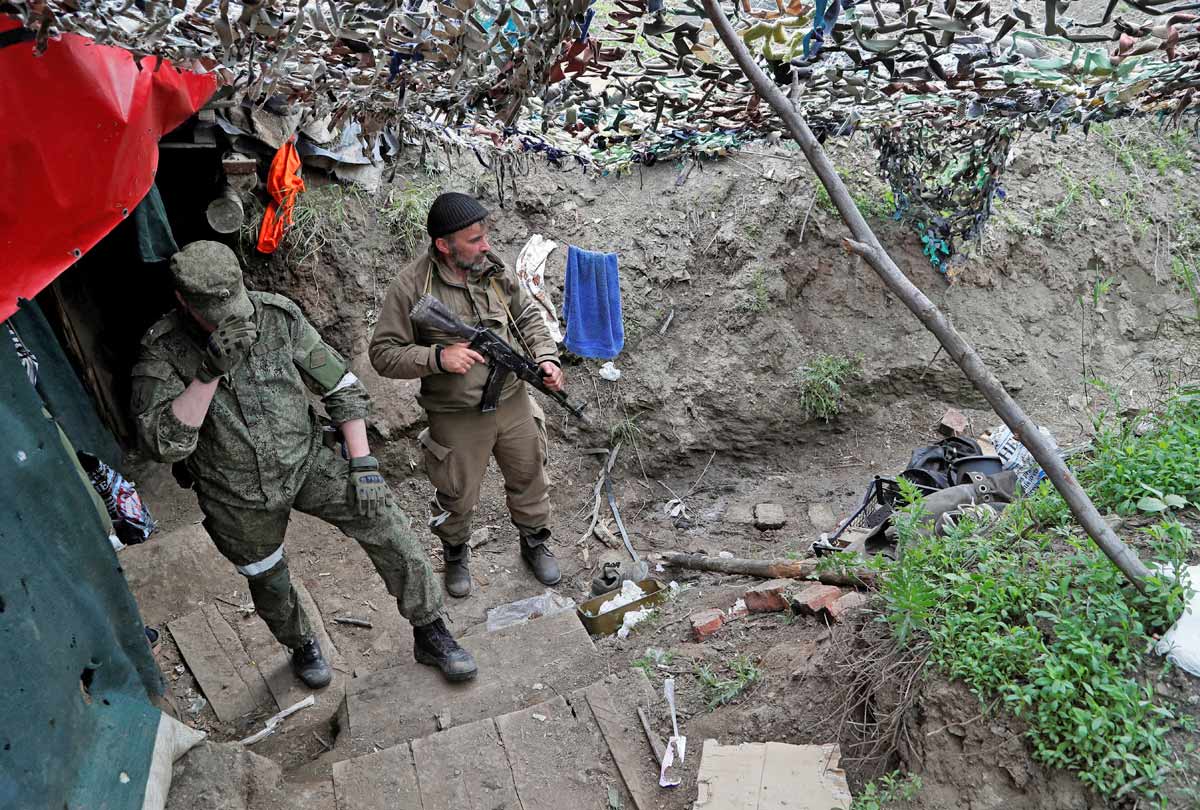 IMAGE: Pro-Russian troops are seen at a former fighting position of the Ukrainian armed forces outside the town of Svitlodarsk in the Donetsk region. Photograph: Alexander Ermochenko/Reuters 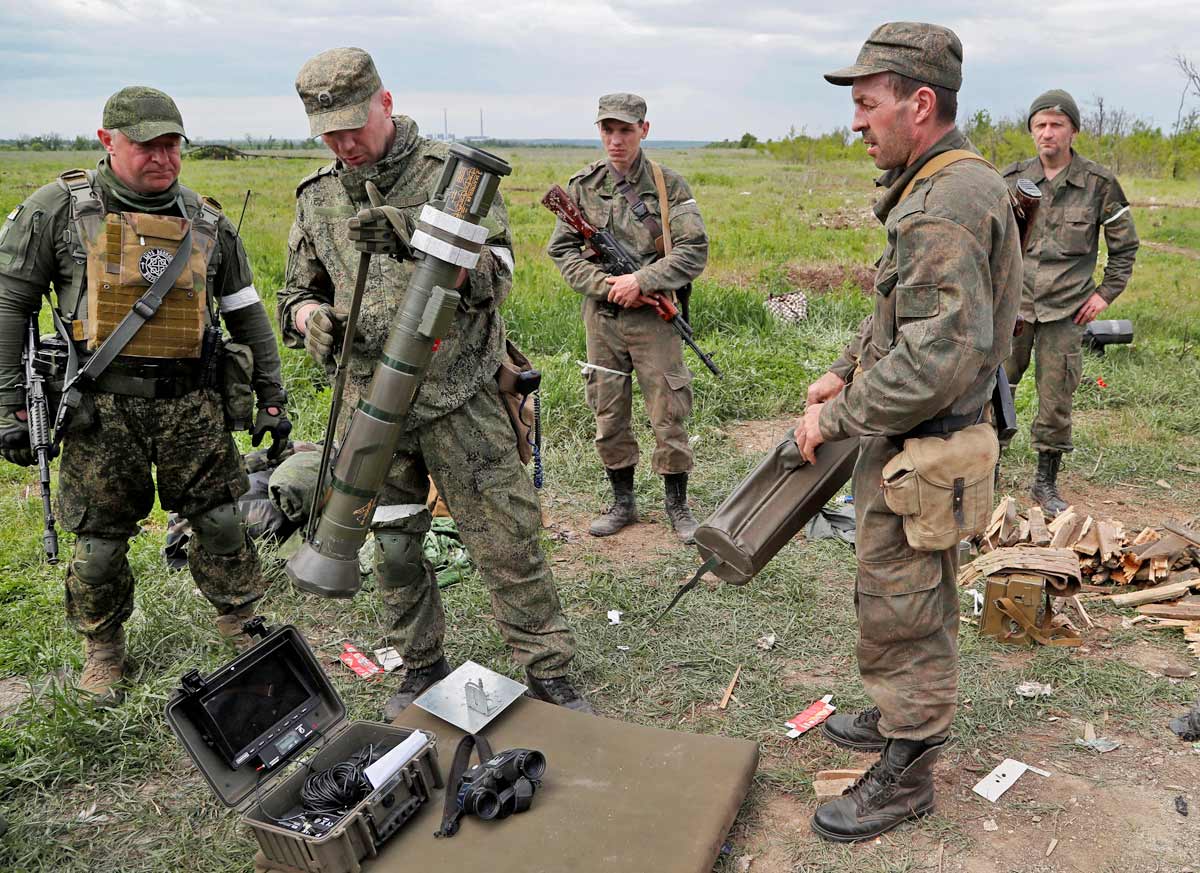 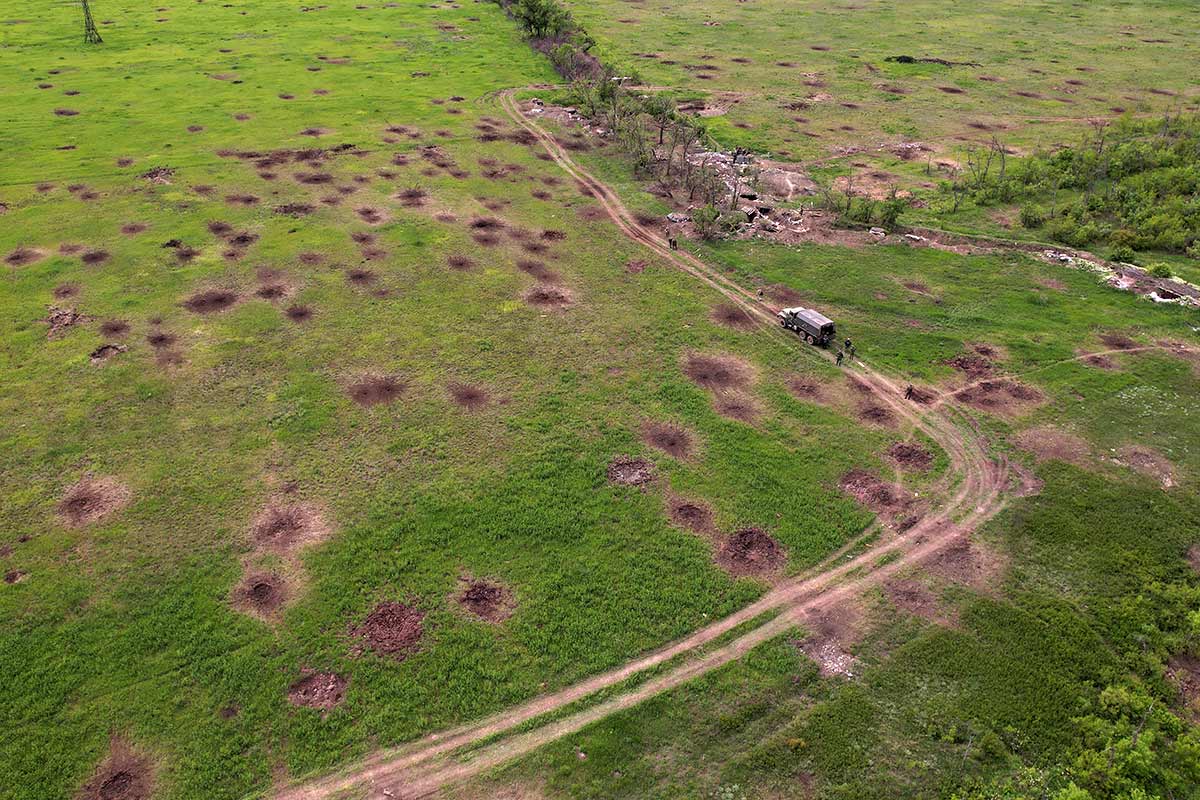