Vishes Kothari on translating Vijaydan Detha’s timeless tales, the legacy of the noted chronicler and the neglect faced by Rajasthani 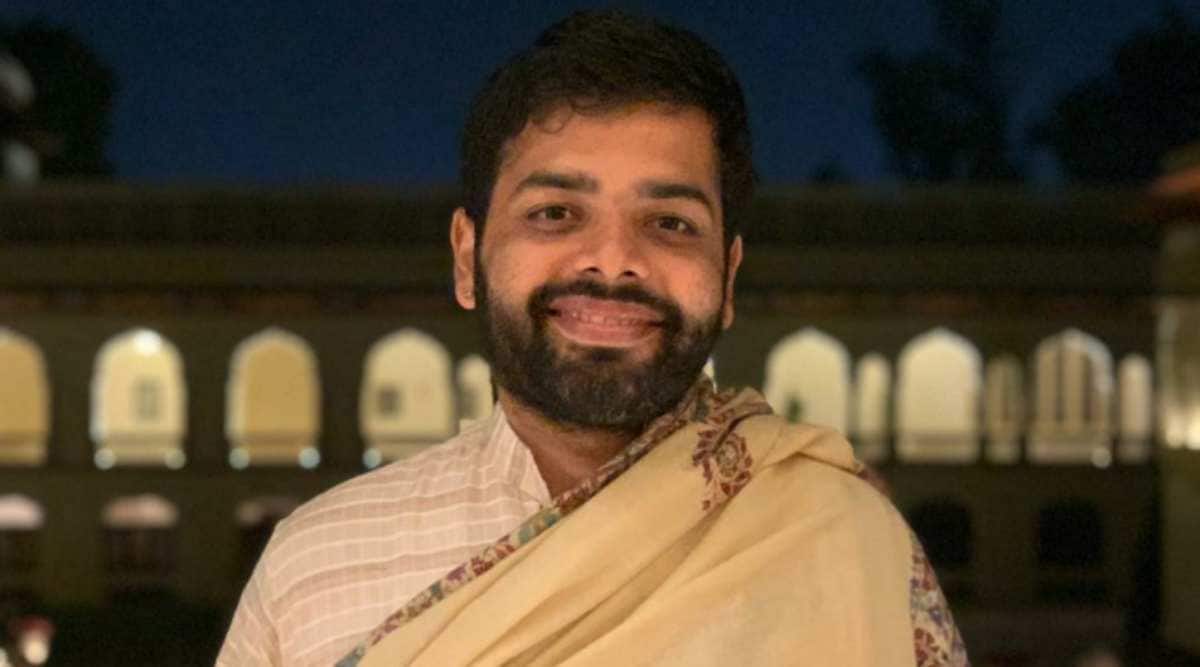 If you want to introduce Vijaydan Detha, perhaps the best way would be to talk about the Shahrukh-Rani starrer Paheli, which revolves around an imposter ghost and a newly-wedded bride. The 2005 movie, directed by Amol Palekar, was a remake of a 1973 movie by Mani Kaul film, based on the Rajasthani writer’s short story Duvidha. Noted playwright Habib Tanvir’s seminal work Charandas Chor was also an adaptation of a lore penned by Detha, as was Shyam Benegal’s 1975 film. Director Prakash Jha immortalised another tale in Parinati, and Mahmood Farooqui did the same with the Dastangoi adaptation of Chouboli.

Giving a new lease of life to Detha’s writings now is Puffin’s Timeless Tales from Marwar (Rs 250), that celebrates his Bataan ri Phulwari, a fourteen-volume assortment of Rajasthani folk stories that had earned him the moniker of the Shakespeare of Rajasthan. Here, Vishes Kothari has translated tales of handsome rajkanwars, evil witches, exploitative thakars, miserly seths, clever insects, benevolent snakes and more.

Kothari, a Masters in mathematics from the University of Cambridge, taught the subject at Ashoka University before turning to financial consulting. A native of Sadulpur in Rajasthan, he has been associated with several UNESCO-Sahapedia projects focussed on the musical traditions of women in Rajasthan. Excerpts of an interview with the translator:

Bataan ri Phulwari is said to be a repository of tales of the common man and everyday folk of Rajasthan. Why is it so significant?

Vijaydan Detha left Jodhpur and returned to his village, Borunda, in the 1950s and began collecting folk stories from the village folk — caste musicians and genealogists, wandering bards and minstrels, monks, and primarily from women. He used these folk tales as the form and medium of his literary expression by crafting them into stories and novels. This task continued for nearly five decades and the result was the 14 volume Bataan ri Phulwari. Not only is this collection a goldmine of the rich but fragile oral traditions of Rajasthan, it is also probably the most important and defining work of 20th century Rajasthani prose.

When did Detha’s stories enter your life?

Detha’s work is itself fairly well known among people who have an interest in the intangible heritage of the state. I’d had the books for a while, but the idea of translating these stories was suggested to me while I was teaching at Ashoka University by a friend and colleague, Sanjukta Poddar.

What made you translate these tales in English?

One part of the appeal was personal. I had heard some of these very stories while growing up, the characters and settings are deeply familiar to me. Hence, I always felt that these stories also belonged to me in a sense.

Second, for Detha, writing in Rajasthani was a form of cultural assertion. He was a believer, as any scholar of languages is, that Rajasthani is a distinct language and is being condemned to a slow death in the absence of official recognition. Not only did he use his writing as his means of resisting Hindi imposition, he also believed that one’s creative craft and expression achieves its true potential in one’s mother tongue.

I also find the situation Rajasthani finds itself in today deeply disturbing — it is after all a language which has a documented history going back at least 1,100 years and is still very much the language of the common folk of the land. So I thought these translations can only bring about more awareness of the distinct identity of Rajasthani, as also of the vast oral and written literature in it. 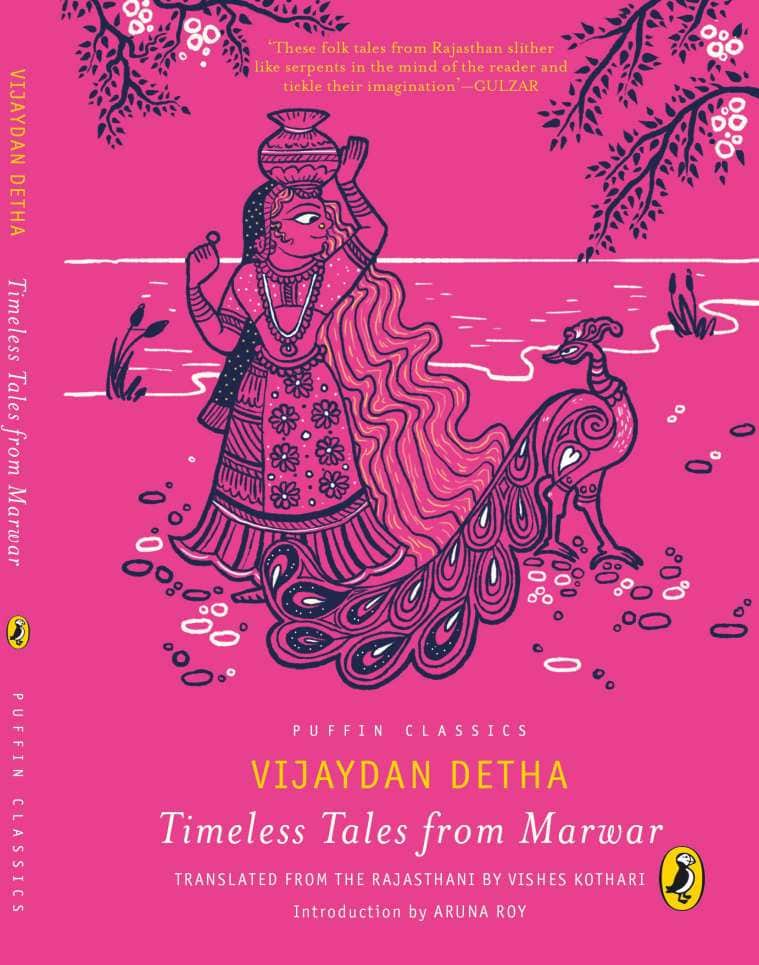 What all did you keep in mind while translating?

The magic of Detha’s prose lies in its orality — even in written form, the folk stories don’t lose their essential oral form. I thought this was essential to preserve during translation. Second, I wanted the stories to convey a sense of the source language and culture — its cadence, its expressions, the abuses, the sayings. So I tried to create a sense of regionality in the English translation.

How did you select which story to include in Timeless Tales?

Folk stories are of various types and are narrated at various occasions. There are the bedtime stories narrated by mothers and grandmothers as they put the children to sleep at night, some are stories used in sermons by monks to explain a certain teaching, yet other stories come from the vrat kathas, that are narrated when women observe fasts. Many stories are told by caste genealogists — once the task of narrating genealogies is done, then they often narrate stories. Still others are exchanged when farmers water their fields at night. I tried to choose, broadly speaking, at least one of each type of story I encountered in Detha’s collection. Once I had a longlist ready, it was a process of back and forth with the editor, Arpita Nath, zeroing in on the final stories.

How popular are these stories in Rajasthan and Marwari households elsewhere, or are they getting lost?

Many stories are still around in Rajasthan and in diaspora communities. However, the very tradition of exchanging stories is in decline — because of obvious reasons.

You express the fear that sustained neglect may lead to the death of the language. What can be done to preserve and promote it?

The language is still spoken by at least seven crore people in the state, as per official figures. The core problem is the refusal/failure to provide the language recognition, which means it is outside the structures of institutional support and sustenance. So of course, recognition is very important. However, a lot else can also be done — including by embracing new media that are available to us, and creating good content in the language — whether video, audio or written.

Who have you written this book for?

I always hope that readers from other parts of the country will appreciate the book, but I think one very specific demographic I had in mind was that of English readers from or in Rajasthan who are cut off from their language and hence its traditions. I hope it can make us realise our loss.

Could you tell us about the second book in the series?

The second book, again of translations from the Bataan ri Phulwari, will be with Harper Collins. It is tentatively titled Garden of Tales – The Best of Vijaydan Detha. It should be out next year.