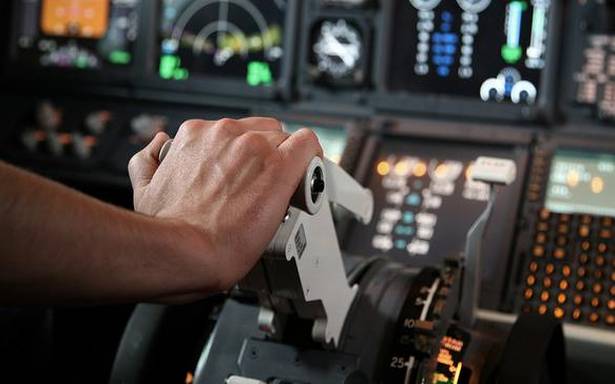 The Directorate of Civil Aviation has advised pilots to avoid self-medication and taking over-the-counter medication as it could be detrimental to their flying performance.

In a safety advisory, the DGCA said one of the foremost health determinant of psychomotor as well as cognitive flying performance was the use of medicines by a pilot.

"It is an undeniable fact that some of the prescription drugs or over-the-counter drugs can impair the performance of pilots on duty….More so, in the internet age, the pilots are now more aware of drugs and self-medication. However, they lack awareness of the potential side effects of self-medication, which may impede their cognitive and decision-making performance,” the aviation watchdog said in the advisory.

To ensure safe flight operations, pilots have an arduous task that starts with the planning phase of a flight through the end of it. Even a slight impairment of pilot’s cognitive or psychomotor skills and his/her decision-making ability is a significant threat to safety and can be a potential contributory factor in an aircraft accident.

"It is well known and understood now, that inappropriate use of medications can significantly affect these factors determining pilot’s performance," the DGCA said.

A report of the Federal Aviation Authority (FAA) suggested that from 1990 to 2005, of the 5,231 pilots involved in aviation accidents, 467 pilots were found positive for illicit drugs or prescription drugs. In 1994, the FAA reported that 14,000 pilots of the United States performed flight duty while they were under the influence of illegal substances and prohibited medications.

Referring to an accident in the Indian Civil Aviation Industry, the advisory said that in an Air India Express plane crash on May 22, 2010, the pilot was on ‘self-medication’ for his "seemingly trivial" symptoms of stomach upset and sore throat that resulted in sedation and adversely affected his flying performance and decision making.

Another accident involving an Air India Express flight exposed numerous human factors issues among the causes of the accident, of which “adverse physiological condition” of the pilot due to self-medication for diabetes was highlighted.

“The series of errors committed by pilot were partly and indirectly attributed to the subtle incapacitation caused due to mild hypoglycaemia as a result of multiple un-prescribed anti-diabetes drugs that he was consuming,” the advisory said.

Many airlines either prohibited or discouraged pilots from self-medication due to the potential effect on their performance. The most common over-the-counter drugs available from medical stores/chemists in India for possible self-medication were cough and cold remedies, pain killers, vitamins, energy drinks and anti-allergy medicines.

“The adverse effects of these non-prescribed drugs on pilot’s performance are a matter of concern in the aviation industry as well.”

The DGCA said that a hesitancy was observed amongst pilots while consulting their company doctors or medical examiners if they fell sick due to an obvious fear of not satisfying the medical requirements for their license.

This fear of being rendered medically unfit was a major factor contributing to the prevalence of self-medication with over-the-counter drugs to treat themselves.