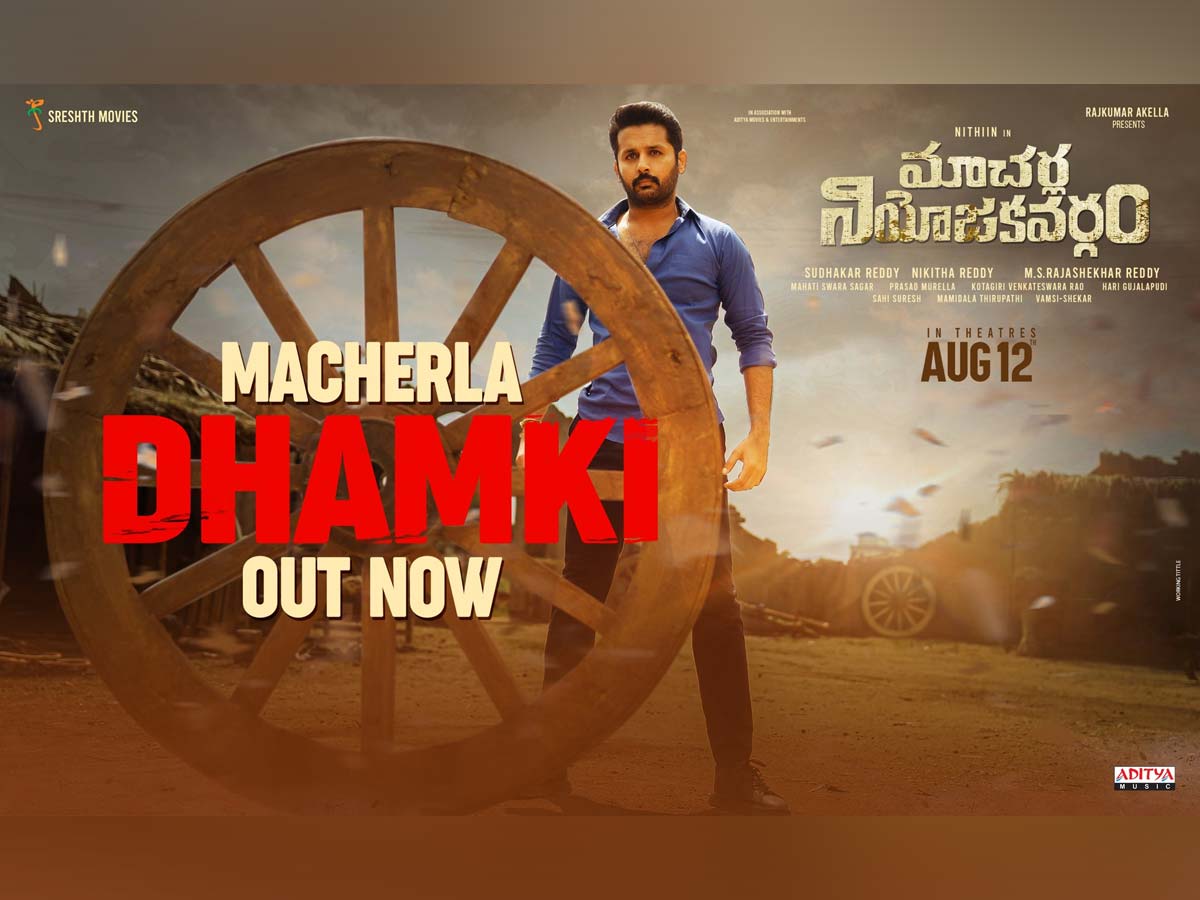 As part of film promotions, the team Macherla Niyojakavargam has unveiled a dynamic action-packed video Dhamki. The video shows an action sequence from the movie that features hero Nithin, delivering powerful dialogue that has an intensified background music.

Nithin will be seen as an IAS officer, N Siddharth Reddy. In a sequential order, the makers also going to release the film’s trailer on July 29 in a grand manner in Guntur. MS Rajasekhar Reddy wielded a megaphone for the movie and it is produced under Sreshth Movies banner.

The film is up for its theatrical release on August 12. Krithi Shetty and Catherine Tresa are the female leads. While Anjali shakes legs with Nithin in a peppy item number. The audio tracks were rendered by Mahati Swara Sagar.