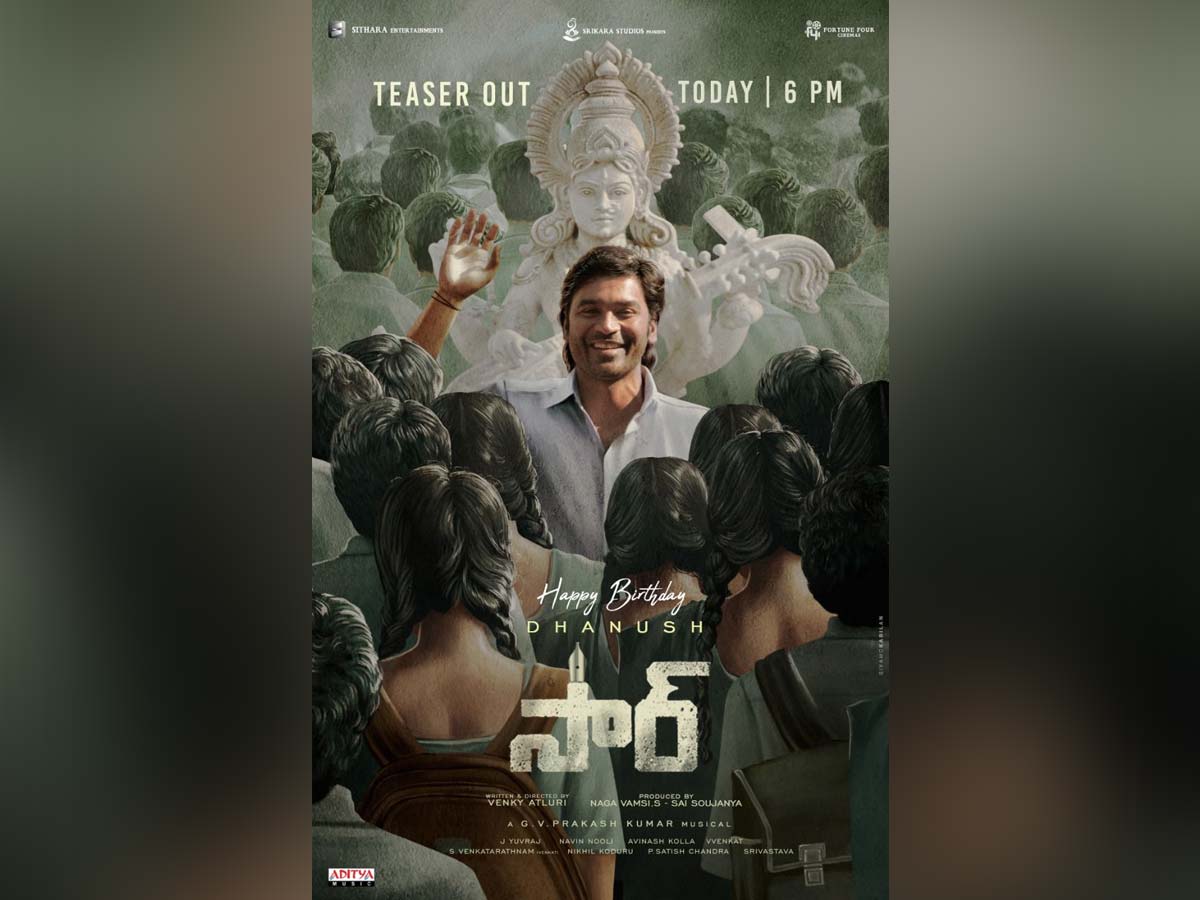 Tamil star Dhanush is currently working for his upcoming bilingual drama Vaathi/Sir. The storyline of Sir, which is a social drama, features a young man at the centre of many struggles against the education mafia. The protagonist, essayed  by Dhanush, will fight against the privatisation of education in the film.  The upcoming film marks Dhanush’s debut in the Telugu film industry.  Today on the occasion of Dhanush’ birthday, the makers of Sir released a new poster and revealed that  Sir teaser will be out today evening at 6 pm.

Sir/ Vaathi is being helmed by Venky Atluri and is bankrolled by S Naga Vamsi and Sai Soujanya. Samyuktha Menon plays the female lead. For Samyuktha Menon,  Sir is her second Telugu movie. She has acted in Power Star Pawan Kalyan and Rana Daggubati starrer Bheemla Nayak.

The film’s shooting is on the verge of the completion. GV Prakash is rendering the tune of Sir which is expected to hit the theaters in October.

On the otherside, the actor, singer and producer  Dhanush recently starred in the Hollywood movie The Gray Man. He is best known for playing the lead roles in Asuran, Raanjhanaa, and Karnan.  Dhanush will next be seen in filmmaker Mithran Jawahar’s directorial which is all set to release on 1st August.