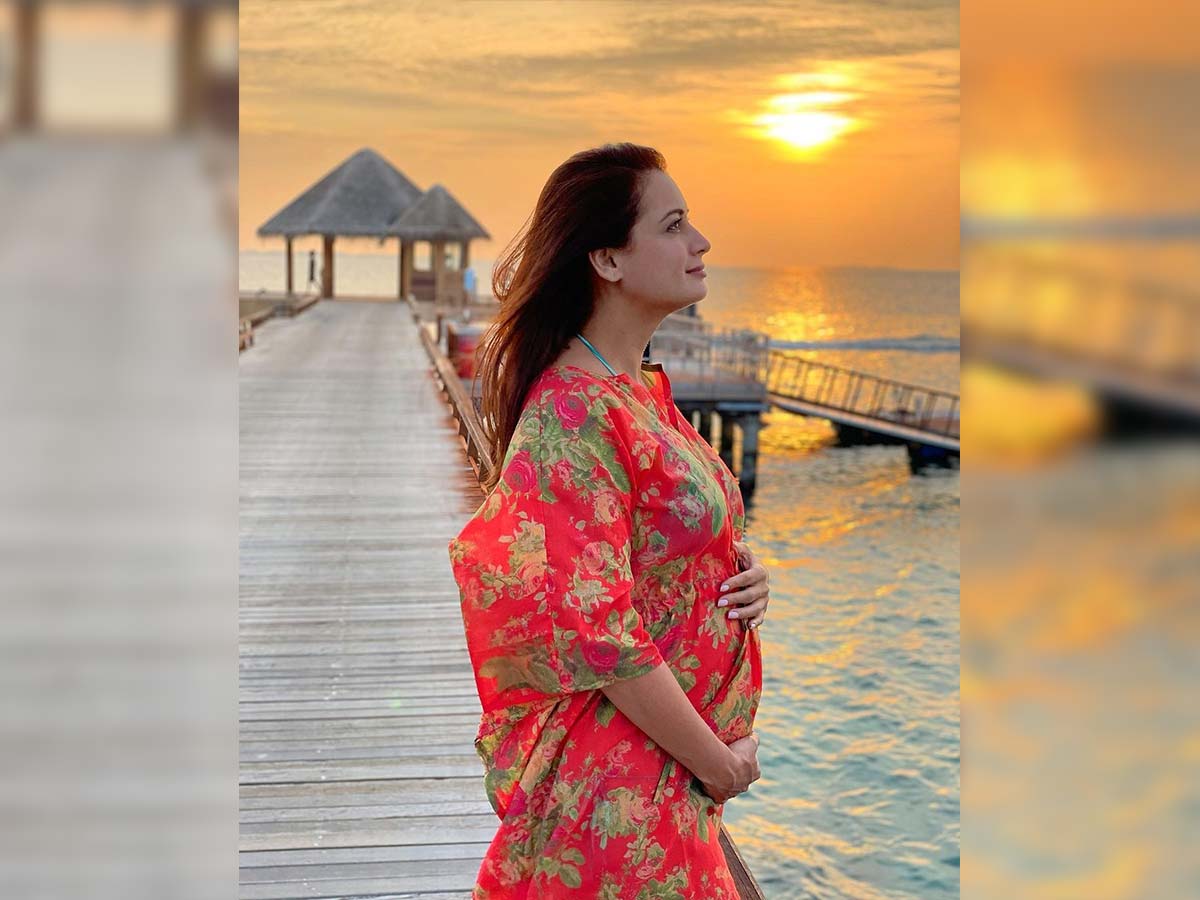 Dia Mirza is playing a crucial role in  action thriller drama Wild Dog starring King Nagarjuna, which has hit the theaters today on 2nd April. Now according to the latest update, Dia Mirza is pregnant and she herself confirmed the same by sharing a pic of her on microblogging page where she is seen flaunting her baby bump. She is seen cradling her baby bump with hands against backdrop of the sunset.

Yesterday, Sanju fame actress Dia Mirza announced on her microblogging page that she is expecting her first child with husband Vaibhav Rekhi. The news comes just over a month after the couple tied the knot on 15th February in a private ceremony, which was attended by close friends and the family members.  Sammohanam fame actress Aditi Rao Hydari was one among them. Dia and Vaibhav’ wedding ceremony was conducted by a priestess.

Dia Mirza recently returned from the Maldives, where she was enjoying the holidays with Rekhi and Samairair, his daughter from the 1st wife.

She was earlier married to Sahil Sangha. They had tied the knot in 2014, but later in 2019, they  parted away.