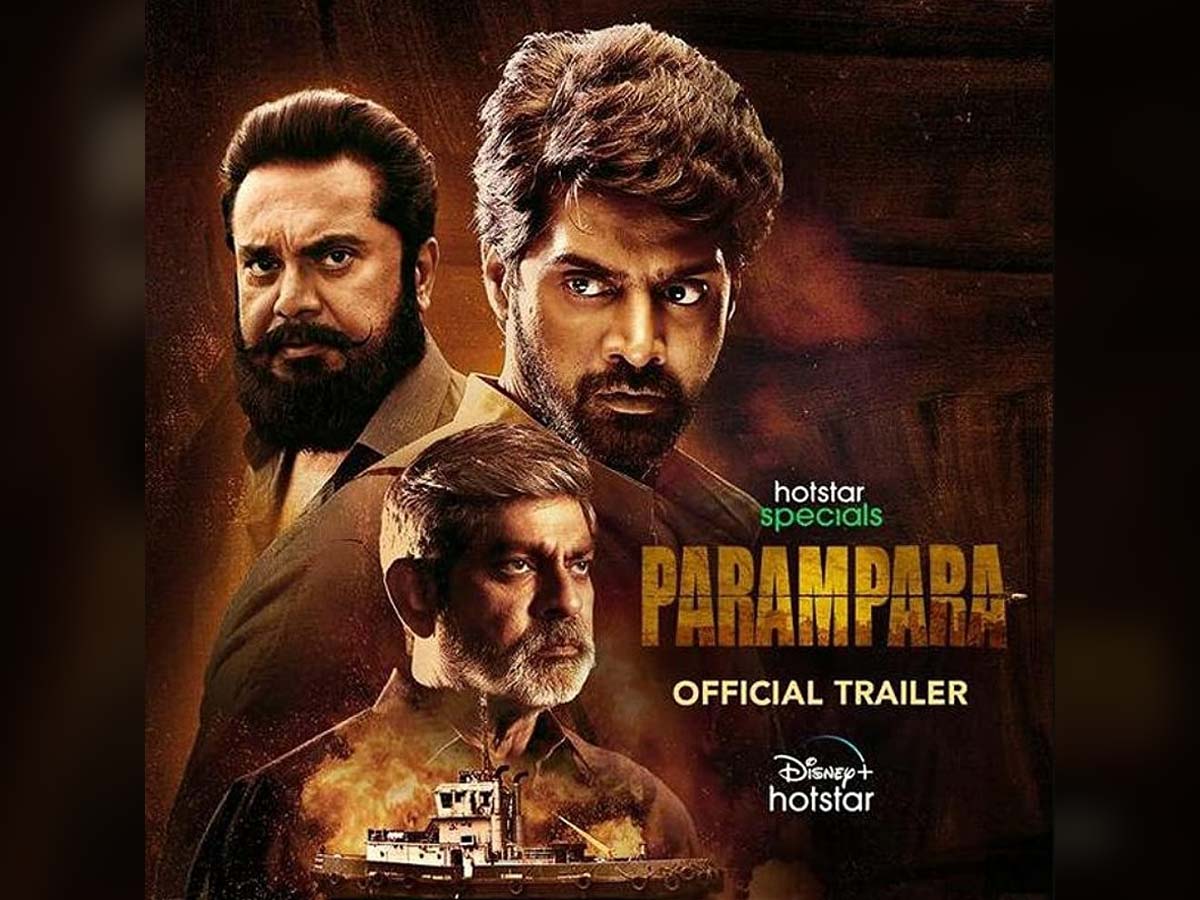 One of the prominent OTT platforms, Disney+Hotstar has delivered its original series Parampara in December last year. Now, the platform is again gearing up to release its season 2 series, which also features Jagapathi Babu, Sarathkimar, Naveen Chandra and others in the crucial roles.

In recent times, Hotstar announced that Parampara season 2 will be streamed from July 21st. The second season is said to be a premiere outing from Disney+Hotstar and stakes are high on the same.

Parampara is a crime drama series, which is created and produced by Prasad Devineni and Shobu Yarlagadda. The saeson 2 stars Naina Ganguly, Rajasekhar Aningi, Aakanksha Singh, Jagapathi Babu, Naveen Chandra and Sarath Kumar. It is one of the most trending series in Telugu.

The first season of Parampara is a solid success on Disney+Hotstar. It is now coming as the season 2 to again mesmerise the audience with its alluring triller parts.