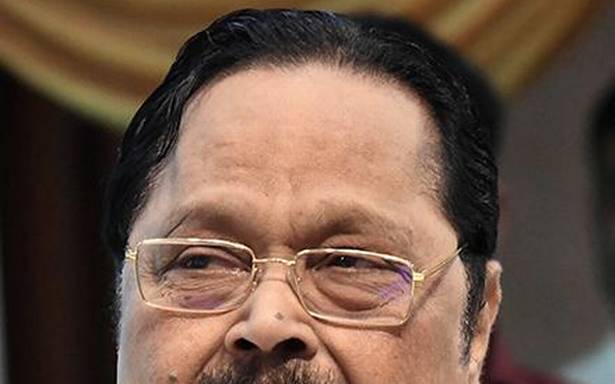 Party leaders including Duraimurugan submit representation to the Governor

The DMK on Friday submitted a second complaint to the Governor alleging acts of corruption by Chief Minister Edappadi K. Palaniswami, four of his Cabinet colleagues and an MLA.

Mr. Stalin said Mr. Palaniswami had amassed property and assets through benamis, and that the benamis named in the letter were targeting agricultural land, purchasing and registering them at much lower value than the actual market rate and using them for commercial purposes without proper sanction. He accused the Chief Minister of corruption in the purchase of CCTVs and walkie-talkies for the police.

Detailing various transactions, Mr. Stalin said the material was sufficient to initiate inquiry under provisions of the Constitution, and various statutes, including the IPC, the Prevention of Corruption Act, the Transparency in Tender Rules and so on.

Mr. Stalin said they were submitting the second representation because of the continued obstruction of legal proceedings by the Council of Ministers, alleging that the Ministers were influencing the police, the DVAC and the State Vigilance Commission.

The DMK chief accused the Council of Ministers, led by the Chief Minister, of exerting undue influence on public servants to stop them from taking action against organised plunder of the public exchequer.

Following the meeting with the Governor, Mr. Duraimurugan said the party would not be submitting a third representation as there would be a regime change after the election. “For the last four years, we have been raising these issues. We have gone to court. We have gone to the Vigilance Commission and we have also come to the Governor,” he added.

Mr. Duraimurugan said the Governor told the delegation that he had sent their earlier complaint to the Home Ministry.