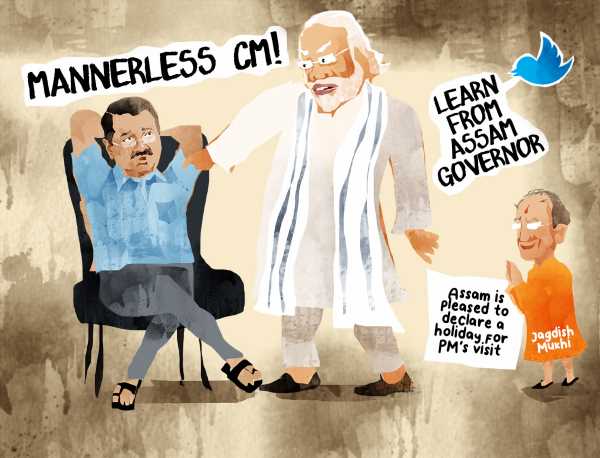 Delhi Chief Minister Arvind Kejriwal — whose Aam Aadmi Party’s victory in Punjab has apparently rattled the folks who run the Bharatiya Janata Party; there are fears that AAP may do an encore in Himachal Pradesh in this year’s assembly election, and even pose a challenge to the BJP in the assembly poll in the duumvirate’s original borough — came under fire on Wednesday over what BJP thumpers declared was his ‘mannerless’ posture during a meeting presided over by the Pradhan Sevak.

By the way, the Assam government has declared a holiday in Dibrugarh and Karbi Anglong because the Pradhan Sevak is visiting those areas. A precedent surely for the Pradhan Sevak’s visits to other provinces in our wonderful land.

Dominic Xavier offers his take on these quaint developments.