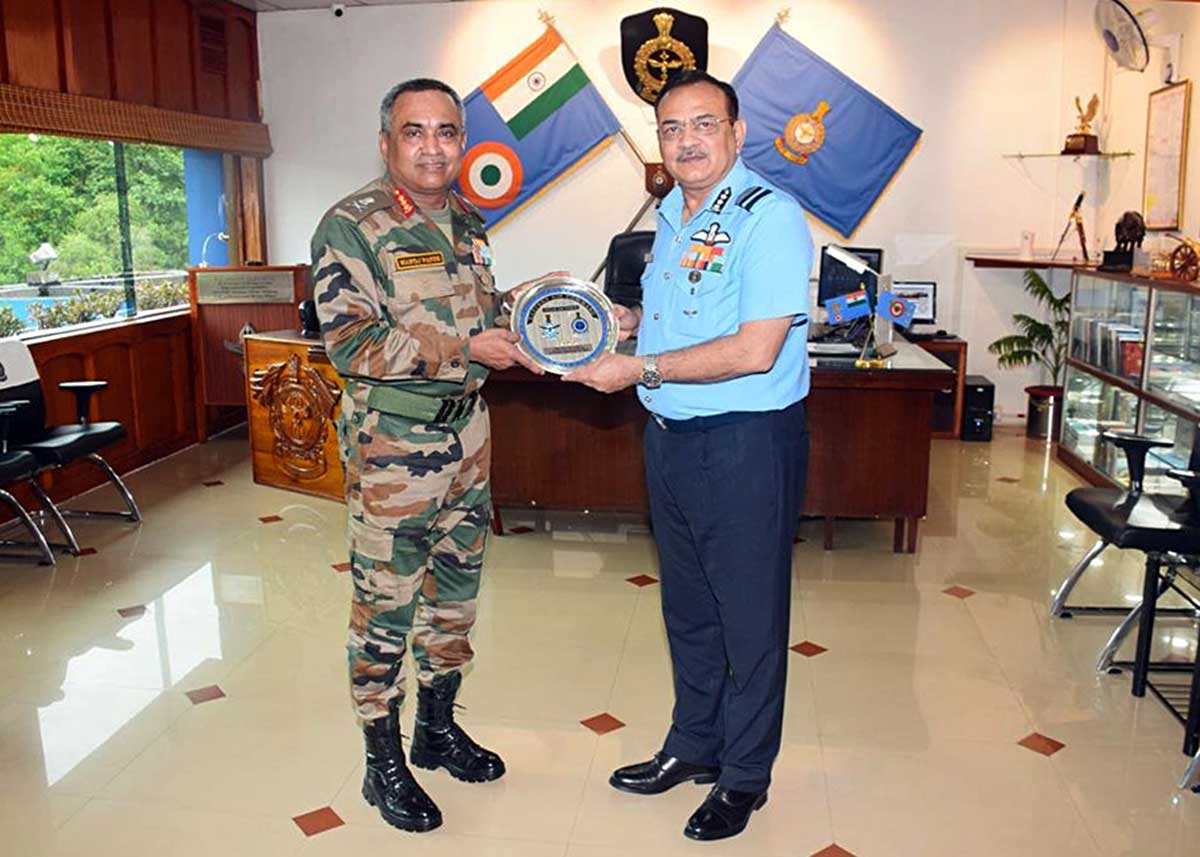 If the government of the day would like to set in place a smooth and well-planned changeover and facilitate the incoming chief to chalk out his action plan well in advance, the announcement of a successor needs to be done early, observes Colonel K Thammayya Udupa (retd).

Mr Narendra Modi, in his prime ministerial address to the nation from the ramparts of the Red Fort on August 15, 2019 had announced the decision to create the post of Chief of Defence Staff.

It is said that the agenda of defence reforms is close to Mr Modi’s heart. As such, it was widely believed that the vacancy caused by the death of India’s first CDS General Bipin Rawat in the tragic helicopter accident on December 8, 2021 would be quickly filled up.

Four months later, we still do not have a CDS.

In many WhatsApp groups, especially those of defence forces veterans, rumours and gossip of behind-the-scenes machinations along with narratives of palace intrigue are doing the rounds regarding the likely next CDS.

The Government announced the name of the successor of General Manoj Mukund Naravane’s successor only on Monday, April 18, 2022. General Naravane will superannuate as chief of the army staff on April 30, 2022.

In normal circumstances, the date on which a serving service chief would vacate the chair on superannuation is well known.

If the government of the day would like to set in place a smooth and well-planned changeover and facilitate the incoming chief to chalk out his action plan well in advance, the announcement of a successor needs to be done early.

As a chief designate, the successor should have enough time to get briefed by the environment as well as to put in place the team of personnel to suit his vision.

These activities could take anything up to two months. Hence there was some logic in announcing the names early.

In the past, it was generally believed that the name of an officer designated to succeed a retiring service chief would be announced nearly two months in advance, to allow a planned, smooth changeover to take place.

Not so any more, ever since Mr Narendra Modi-led National Democratic Alliance came to power on May 26, 2014.

The press releases from the Government of India’s Press Information Bureau are available on its Web site, from which one may collate this data.

On the day the appointment of a new service chief is confirmed and ready for announcement, the PIB issues a press release.

The PIB notification in respect of General BB Bewoor is not available on the PIB Web site.

Admiral Sushil Kumar and Admiral Robin Dhawan took over on the very day their appointment orders were issued as the office was already vacant.

Their respective predecessors, Admiral Vishnu Bhagwat had been removed from office and Admiral D K Joshi had resigned.

So, of the 60, these seven cases are not being considered and we will restrict ourselves to the balance 53.

The data in respect of these 53 officers shows that from 1972 till date, the Government of India has announced the name of any successor service chief on an average 56 days before he is to assume office.

Of the 53 appointments in consideration, nine have been under Mr Modi’s prime ministership.

The average number of days in advance of a service chief retiring that the successor’s name was announced in these 44 cases, is was 64. 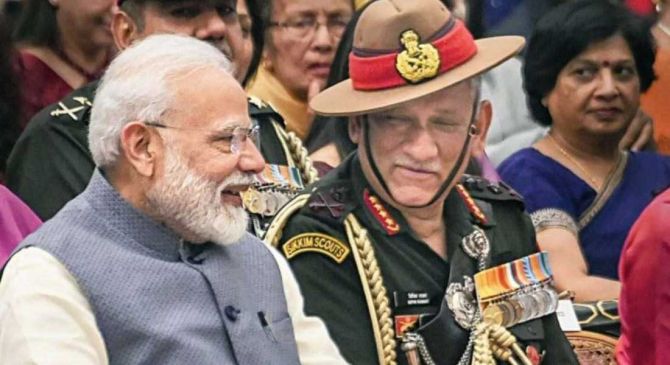 Mr Narendra Modi’s government announced Admiral Karambir Singh as Admiral Sunil Lanba’s successor on March 23, 2021, 69 days in advance. He took over on May 31, 2021.

Other than this one outlier case, the eight other appointments made by this government follow a pattern. 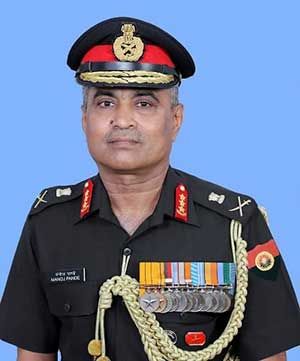 His appointment had been announced on September 19, 2019, 11 days earlier.

The average number of days in these eight cases is 17.

Announcing the name of a successor service chief as late as possible has now become a characteristic of this government. This stands on its head the earlier belief that an early announcement helps in a well-planned and smooth changeover.

Is there any military reform hidden in this somewhere? Or is it in line with Mr Narendra Modi’s proclivity to make important announcements giving very little or no notice, like that of demonetisation on November 8, 2016 and total lockdown on March 24, 2020?

Mr Narendra Modi likes to convey an impression about his decisiveness. So why is it that the nation in general and the armed forces in particular have to go through this suspense of ‘Who will be the next Chief?’ till the final days of the incumbent’s tenure?

Services chiefs appointed in the last 50 years: Dates of announcement of appointment and dates of taking

The notifications issued by the Press Information Bureau: 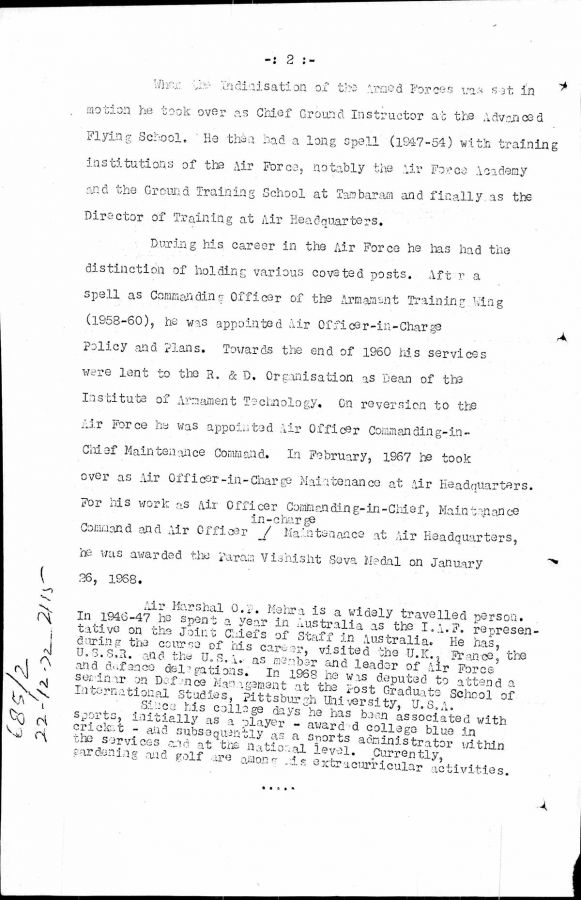 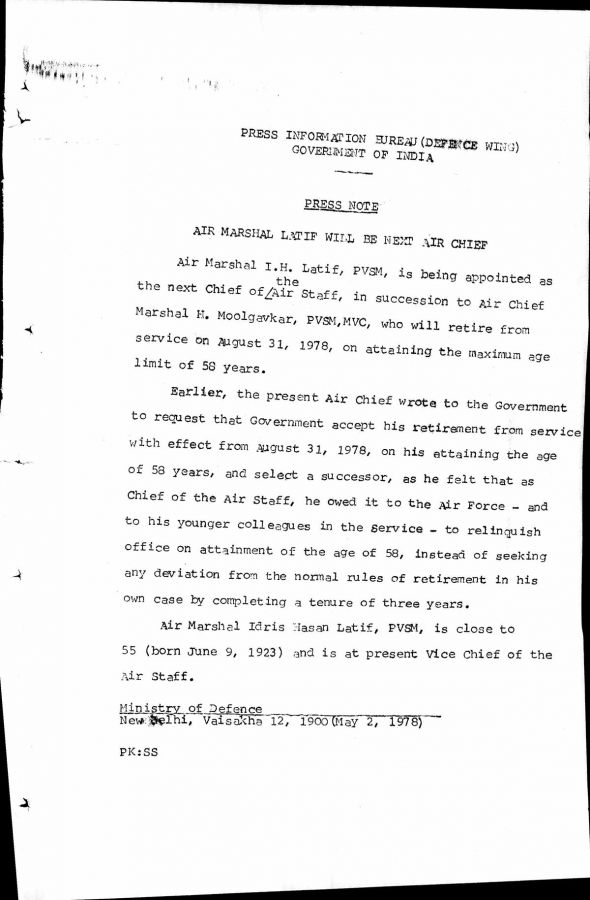