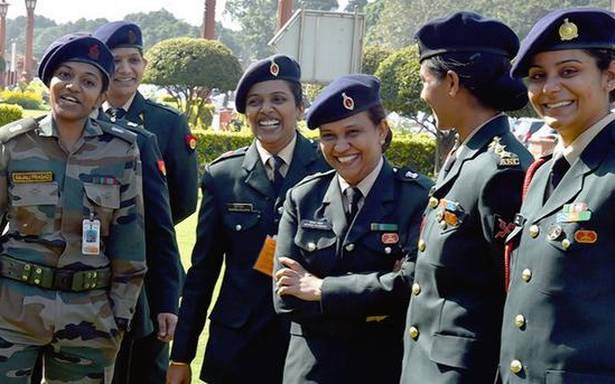 A bench of Justices D.Y. Chandrachud and B.V. Nagarathna asked the Army to file its reply by next week on a batch of pleas filed by the women officers who alleged that top court’s March 25 ruling was not considered and all 72 of them were rejected from consideration for the PC at one go.

“Don’t discharge these women officers from services till further hearing in the matter,” the bench said, while listing a batch of pleas for further hearing on October 8.

In its March 25 verdict, the Army was directed by the top court to consider granting PC to the WSSCOs subject to their obtaining 60% marks in the assessment subjects, being found fit on medical criteria as per the August 1, 2020 order of the Army and having received disciplinary and vigilance clearances.

At the outset, senior advocate V. Mohana, appearing for some of the WSSCOs, said that they have passed the order rejecting the officers at one go on Wednesday without giving reasons.

“This court has directed the Army in March to consider all the 72 officers for grant of permanent commissions but they have rejected all of them. This act is against the verdict of the top court and the order be set aside,” she said.

The bench asked Additional Solicitor General (ASG) Sanjay Jain, appearing for the Centre, what is happening in this matter.

Mr. Jain said that as per his understanding there cannot be one reason for rejecting all of the officers at one go but there has to be 72 reasons for rejecting them and he along with senior advocate R. Balasubrmanian have sought information from the concerned department and all the relevant document to examine the factual matrix.

He sought time of two weeks to come back to the court with all the relevant details.

Ms. Mohana said that they have scored over 60% marks in their subjects, they were found to be medically fit and no disciplinary and vigilance inquiry was pending against them as per the three criteria listed by the top court in its verdict.

“There is no justification that all of these women officers were not considered at one go. This is in clear breach of the top court’s verdict,” she said.

Senior advocate Meenakshi Arora, also appearing for women officers, said that these women have cleared all the three criteria laid down by this court and now they will be discharged from services.

Mr. Balasubramanian said that as per his knowledge that out of this batch of 72 officers only 25 will be released in November and not before that and hence the court may grant some time to file their replies in the matter.

Senior advocate Huzefa Ahmadi, also appearing for one of the WSSCOs, said that this order of the Army was in teeth of the top court’s verdict and tantamount to breach of the conditions laid down by this court.

The bench said it will be taking up this matter for further hearing on October 8.

On March 25, the top court had said that the evaluation criteria set by the Army for granting permanent commission to women SSC officers constituted “systemic discrimination” which has caused an economic and psychological harm and an “affront to their dignity”.

The apex court said the administrative requirement imposed by the Army while considering the case of WSSCOs for PC, of benchmarking them with the officers lowest in merit in the corresponding male batch, is “arbitrary and irrational”.

It had said this administrative requirement “shall not be enforced” while implementing the last year’s verdict of the top court which had directed that women officers in the Army be granted PC.

It had directed that all women officers, who have fulfilled the cut-off grade of 60% in the Special No. 5 Selection Board held in September last year, shall be entitled to grant of PC subject to their meeting medical criteria prescribed by the general instructions dated August 1, 2020 and receiving disciplinary and vigilance clearance.

“In case the officer has failed to meet the medical criterion for the grant of PC at any of these points in time, the WSSCO will not be entitled to the grant of PC,” it had said.

The top court had clarified that a WSSCO, who was in the temporary low medical category (TLMC) in the fifth or tenth year of service and subsequently met the SHAPE-1 criterion after the one year period of stabilization, would also be eligible for grant of PC.

On February 17 last year, in a landmark verdict, the top court had directed that women officers in the Army be granted permanent commission, rejecting the Centre’s stand of their physiological limitations as being based on "sex stereotypes" and "gender discrimination against women".

The apex court had directed that within three months, all serving SSC women officers have to be considered for PCs irrespective of them having crossed 14 years or, as the case may be, 20 years of service.