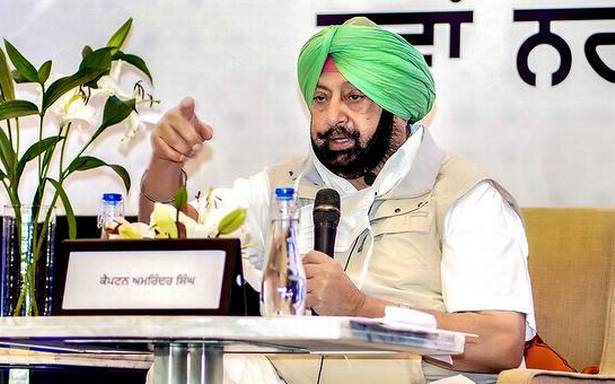 The farmers’ outfit has decided to hold a protest from May 28 in Patiala, the CM’s home constituency.

Punjab Chief Minister Amarinder Singh on Sunday urged the BKU (Ekta Ugrahan) not to hold their planned sit-in over his government’s “failure” to tackle coronavirus, saying their three-day protest may turn into a super-spreader.

Read also | Opposition parties back farmers’ protest on May 26

The farmers’ outfit has decided to hold a protest from May 28 in Patiala, the CM’s home constituency.

Rejecting the allegation that his government failed to tackle the pandemic, the CM said they fought hard to prevent Punjab going the way of some other states such as Delhi, Maharashtra and even Uttar Pradesh, where bodies floating in the Ganga exposed the mismanagement by the BJP government.

According to a statement, he urged farmers not to act “irresponsibly” and endanger their own lives as their planned protest may negate the gains made by the state government in the fight against the pandemic, amid a complete ban on all gatherings.

Such a “dharna” will draw people mainly from villages, which are in any case going through a crisis during the second wave of the pandemic, he said, adding that the outfit’s action is completely unwarranted, considering the support his government has extended to farmers on the issue of the Centre’s farm laws, said the CM.

His government was the first to pass amendment laws in the state Assembly to contravene the farm laws, he said.

“It is time for the farmers now to reciprocate by supporting the state government in the fight against the pandemic,” he said.

He pointed out that even during the peak of the second COVID wave in Punjab, things had not gone out of control here as they had in several other states. The state had been one of the best performing so far as the management of the pandemic is concerned, he claimed.

Given the gravity of the situation, there is no scope for any laxity in COVID-appropriate behaviour and rallies or ‘dharnas’ of any kind are totally unacceptable when the lives of the people are at stake, he said.