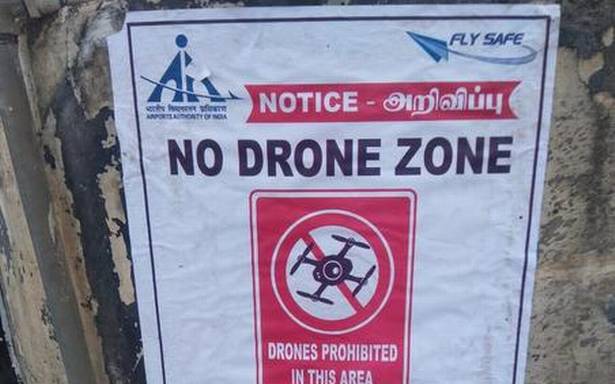 Airports Authority of India has announced the 3-km radius within Tiruchi international airport as a “No Drone Zone".

Notices have been put up in areas surrounding the airport conveying the message that there is no permission to operate drones within a radius of three km from the airport. It also says that drones are prohibited in the area. The notice cautions that violation of the regulation amounted to committing a punishable offence.

Airport sources said the notices were posted last week at different places surrounding the airport to create awareness among the general public of the regulation. The issue was discussed at the Aerodrome Committee meeting held last month in addition to other security-related issues including the need to install more surveillance cameras on the city side and outer areas of the airport.

The sources said the non-metro international airport, guarded round-the-clock by the Central Industrial Security Force, had been categorised as ‘sensitive’.