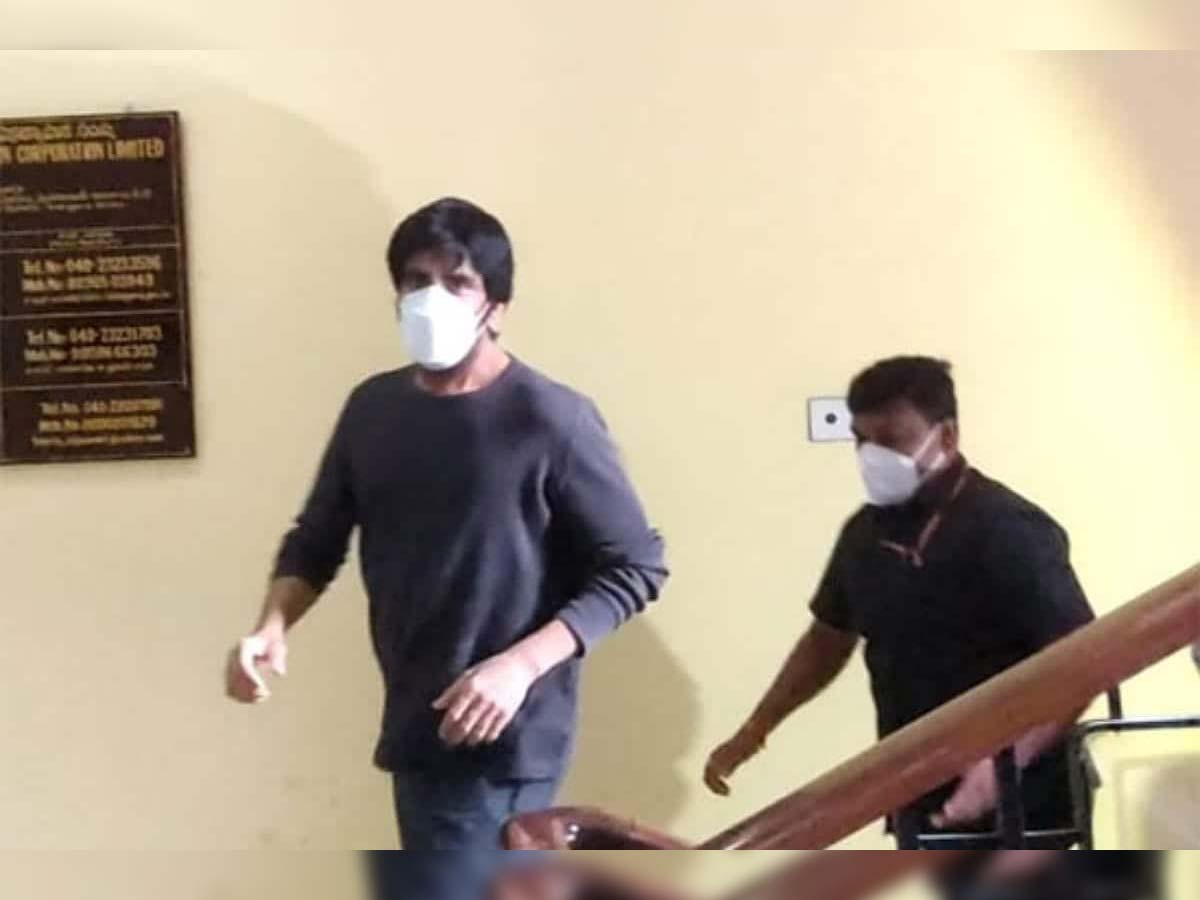 Mass Maharaja Ravi Teja is the sixth Tollywood personality to appear before ED in connection with a money-laundering probe linked to the 2017 Tollywood drug case. Puri Jagnnadh, Charmee Kaur,  Rakul Preet Singh, Nandu and Rana Daggubati have already appeared before ED.  Ravi Teja reached the ED office in Hyderabad at around 10 am in response to the summons  which was issued by the agency. Krack actor was seen heading in with his chartered accountant to explain why money has allegedly gone to an individual named Kelvin and other accounts abroad.

Ravi Teja’s driver Srinivas also appeared before the ED officials. Both were questioned about their financial transactions. Key accused  Calvin Mascarenhas statement was recorded on Tuesday and the celebrities are being quizzed on the basis of his statement.  Ed asked about the transactions that took place from Ravi Teja’s bank account  and the drug peddler Calvin.  ED also asked  Ravi Teja’ acquaintance with the drug peddler Calvin Mascarenhas and  the money transactions that happened between them.

In the year 2017, Ravi Teja was  was grilled for 10 hours in his alleged involvement with drugs in the city and this time he was questioned for 6 hours.

Rana Daggubati was questioned for nearly seven hours on Wednesday.