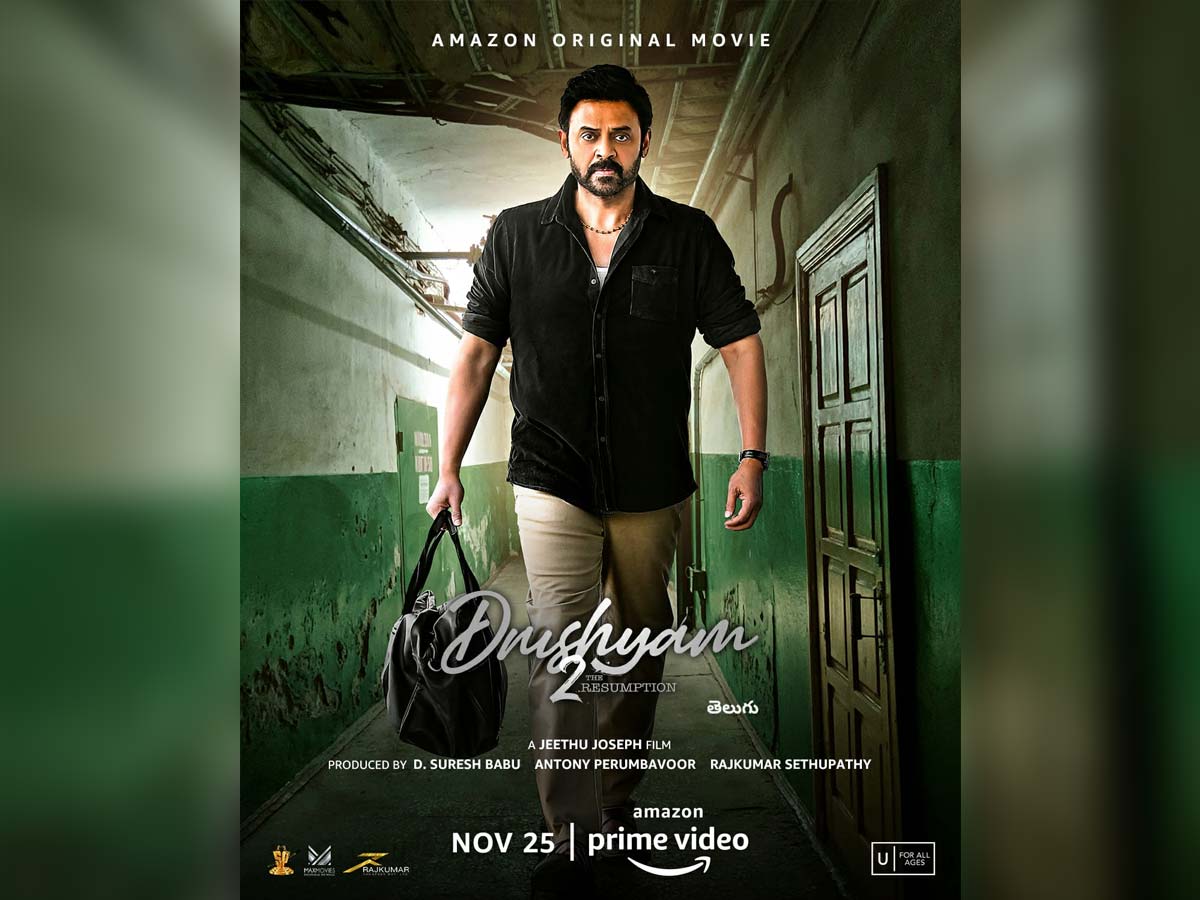 Story: Drushyam 2 begins right where it ended in the first part. It has been six years since Ram Babu(Venkatesh Daggubati,) his wife  and their kids were stuck in the case of murdering Varun (Nadia’s son). But, the village where Rambabu lives, doesn’t want to let go of them. And neither do the police.  Varun’ parents who want to know the killer of their son, deploys shadow police officers to get the truth out of Ram Babu and his family. But, Ram Babu is always prepared. How does Ram Babu manage to escape from the police officers this time forms the rest of the story.

Performance:  Venkatesh Daggubati gives his fantastic performance. In the film, especially during emotional sequences where his eyes are moist with tears,  Venkatesh is just excellent. Naresh and Nadia are ok   and Sampath Raj who plays the rough cop impresses everyone with his performance. Satyam Rajesh is quite impressive. The actresses who played Venkatesh are fine. Rest of the cast of  Drushyam 2 justify with their roles. Even though the supporting characters had relevance, Drushyam 2 is all about Venkatesh and rightly so.

Technical: The complexity in the lives of Ram Babu family and the constant fear they live in are shown perfectly well in the initial set of sequences. The story also moves forward Ram Babu, who owned a cable TV service in the first part, is now a theatre owner. His passion for  the movies has pushed him to work on a script that he’d produce.  The director Jeethu Joseph’s staging and strengths to work on a solid script are the film’s assets. Music and BGM by Anil Johnson are impressive. The production design is amazing. The interval episode and climax twists are handled well.

Analysis: Overall, Drushyam 2 is a fitting sequel to the first part.