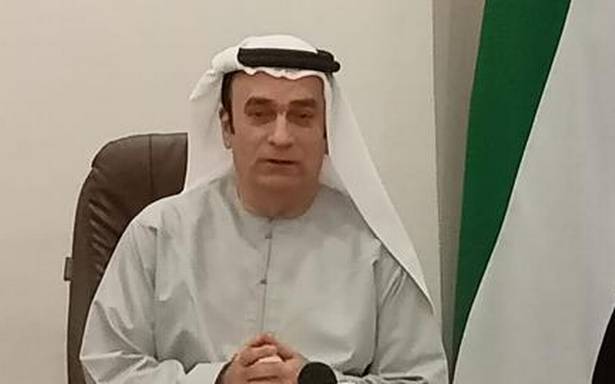 Number of passengers “would double” if a favourable decision is taken, says envoy

Faced with a rush on flights to the Dubai Expo 2021 during the winter tourist season, the United Arab Emirates has asked India to reconsider its restricted “air travel bubble” arrangement started during the pandemic, and to make a special exception for it during the Expo that runs until March 31, Ambassador Ahmed Al-Banna said here on Wednesday.

“If you try and book a flight from any airport in India to the UAE: Dubai, Abu Dhabi or Sharjah, it is close to impossible to find a seat easily. We are working on that and we hope to finalise something with the Indian authorities,” Mr. Al-Banna told journalists during a briefing on the expo which falls within the UAE’s ‘Golden Jubilee” year.

“We have asked the Government to exempt us from those restrictions during the expo but are yet to receive any green light.” He said at present the UAE national carriers Emirates and Etihad airlines are travelling at only 30% of their capacity, and the number of passengers travelling “would double” if India lifts the “bubble” restrictions. This would also help those trying to see the expo that began on October 1, which officials said had received about 41 lakh visits, including about 3.9 lakh visits to the India Pavillion.

The problem over flight capacity is also likely to figure in the bilateral conversations as External Affairs Minister S. Jaishankar is expected to travel to Abu Dhabi next week to address the “Indian Ocean Region” Conference on December 4-6.

This will be Mr. Jaishankar’s second visit in as many months, after he visited the expo and met the UAE leadership on November 13-14. Speaking about the newly launched India-Israel-UAE-U.S. quadrilateral at the time, Mr. Jaishankar said there would be an in-person ministerial meeting of what is being called the “West Asian Quad” in the next few weeks.

To questions on the new Quad, Mr. Al-Banna said the “Quadrant” is not a strategic collaboration.

“We have emphasized that the Quadrant is an economic arrangement between the four countries. I read articles that said this was about…creating a second NATO… that doesn’t make any sense. This will concentrate on business and economic collaborations.”

He said preparations are under way on teams that will work on the various issues identified for cooperation, to be followed by a ministerial meeting.

Ambassador Al-Banna also said he hoped that the India-UAE negotiations on a Comprehensive Economic Partnership Agreement (CEPA) would be concluded in the next few months, possibly even before March 2022, which would give a fillip to bilateral trade, investment and travel. He reiterated the need for India to not only restore normal air travel but also to agree to upgrade the air services agreement, which has been pending for several years despite two rounds of negotiations in 2017 and 2019.

As The Hindu reported last week, the Government has been facing a growing number of requests from various countries to restore regular international flights ahead of the winter tourist season, especially as many Indian expatriates and students worldwide are trying to fly home to be with their families. The UAE’s demand for an exception follows a separate agreement between India and Singapore last week, allowing Singapore International Airlines to ply commercial flights beginning November 29.

In an interview, India’s outgoing UAE Ambassador Pavan Kapoor also told a local newspaper that India is discussing the restoration of normal flights, and hopes the UAE will ease travel restrictions like a mandatory Rapid PCR test on arrival for all Indians.