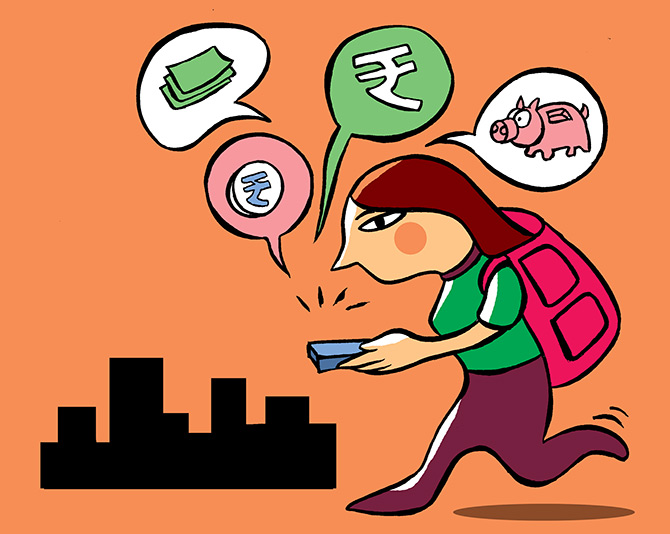 In the excitement over the allocation of bank licences for the private sector, a new category of licence offered by the Reserve Bank of India (RBI) last year went almost unnoticed. That was when the RBI consolidated the rules for prepaid payment instruments (PPI), popularly understood as e-wallets or gift cards.

In the process, the regulator has fast-forwarded a bottom-up card usage industry in India that is completely different from the world of bank-linked credit and debit cards.

These PPI options are fast becoming the cards of choice for the vast majority of Indians as per capita income creeps upwards.

They come preloaded with cash and issuer companies are racking their brains to offer more uses for them on top of the already popular options of gift cards, vouchers, money transfer wallets, meal vouchers, metro/travel rail cards and so on.

An RBI list counts 36 such companies active in the business as of April 2022, ranging from Amazon Pay, Sodexo and MobiKwik to many new kids on the block.

The earliest of them began operations in 2009, such as Ola Money, but the big rush came in 2017, when the RBI first began to classify them before offering a licence to operate.

In 2021, the monetary sector regulator decided to further simplify the taxonomy.

It has, however, also imposed uniform conditions to reduce the risk for small-ticket customers.

PPIs differ from credit cards such as Visa, Mastercard or even debit cards as they do not offer the holder any deferred credit or access to a bank account.

But they are getting close in terms of what the wallets can do, and which is why the RBI is offering them more elbow room for business yet insisting on additional rules for transparency.

For starters, the RBI has mandated that except for metro tickets and such closed-loop cards (which cannot be used for anything else, except to shop in metro stations), other cards have to be paperless.

Also, to make the game transparent, the regulator has made it compulsory that all these e-wallets have to run on the Unified Payments Interface (UPI) platform, i.e. customers could opt for paying through either customised technologies of the company or through Bhim, etc.

Once they migrated to UPI, the RBI allowed from April this year card-less cash withdrawal from all types of ATMs, with the maximum limit of Rs 2,000 per transaction and an overall limit of Rs 10,000 per month.

Both the mandate to shift to e-wallet and allow UPI interface immediately created a challenge.

Paper-based issuers such as Sodexo have had to switch to a net platform almost overnight.

“Technological change is driven by ever-evolving consumer behaviour and the UPI is a great payment mode set to grow as it is convenient to use,” said Anish Sarkar, CEO of Sodexo BRS India.

While companies offer e-wallets using proprietary technologies, they have to make them compatible with the domestic payment architecture developed by the National Payments Corporation of India.

This is necessary to give confidence to the vast neo-literate population, whom these companies are massively targeting, that their money is safe.

The RBI rules says no matter at which stage the customer comes into the fold, within two years the companies have to complete the full menu of know-your-customer requirements.

The simplification is drawing in new companies to offer competition to the established stars. For example, last year, three companies were given PPI licences — Bajaj Finserv and Euronet Services, a 20-year-old Kansas-based financial technology services provider, and the four-year-old Noida-based Eroute Technologies.

Of these, the latter has Taiwanese investment. Abhishek Saxena, co-founder and COO, said his customers can put a fixed sum in his product, OmniCard, for all payments without “exposure of their bank accounts or credit cards to any potential frauds”.

It is a compelling argument. But PPIs have huge competitors from another corner of the same market, the payments banks space.

JioMoney, Paytm and Airtel Money offer the same range of options and have deep pockets to bleed the competition dry. Putting money in an e-wallet follows the same process as when a consumer buys groceries paying from her purse.

Her banking links are not exposed in the transaction.

A payment bank offers a link, parking her money in an account.

An e-wallet is a step behind and, in theory at least, less convenient.

Yet, as the continuous entry of new companies shows, the market will expand fast even though the revenue streams are not high.

The RBI is still reluctant to revive the merchant discount rate.

Saxena said he will make money from the RuPay franchise to expand his OmniCard’s attraction for customers to sign up.

He is also confident he can create revenue from value-added services.

Others have similar business plans. The key here is technology and scale so that customers stick.

As Sarkar said, “This market will always throw up a lot of dynamic changes in terms of technology and regulations.”

As companies try to outdistance the competition with new technologies, the RBI is trying to structure regulations based on the estimate of the risks involved, and not the underlying technology.

For instance, it has mandated that these companies cannot offer new customer cash withdrawal facilities immediately but must enforce a cooling-off period after a PPI account is opened.

Significantly, India is a step ahead of the USA in terms of PPIs.

That’s because Indian companies, big or small, now routinely transfer salaries to bank savings accounts, from where the PPIs offer an easy route for customers to pull out the money to spend the same evening.

In the US, pay cheques still take about two days to hit a bank account.

The US has just begun work on a digital asset policy but the scars from the 2008 subprime mortgage meltdown have still to heal.