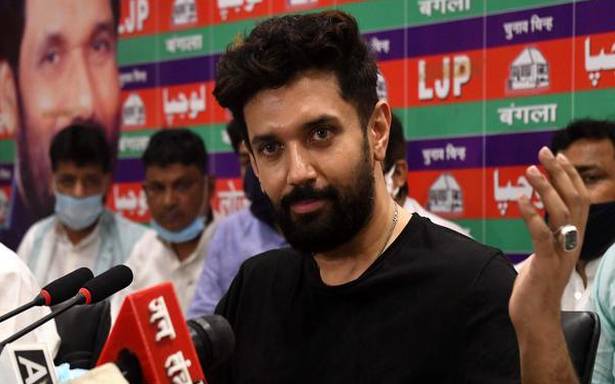 The two factions were asked to submit options for names and symbols by October 4.

The EC had last week passed an interim order keeping the name and symbol of bungalow frozen till the dispute is resolved.

The EC said “…in order to place both the rival groups on even keel and to protect their rights and interests, and going by the past precedents”. The symbols alloted would cover the period of the by-elections to the Kusheshwar Asthan and Tarapur Assembly constituencies and continue till the EC makes a final determination of the dispute.

After the death of LJP founder Ram Vilas Paswan last year, his son, Chirag Paswan, and his brother, Mr. Paras, both staked claim to the party leadership.