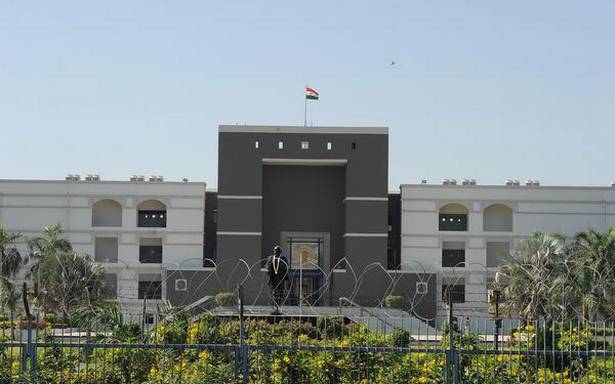 A Division Bench of the Gujarat High Court has asked a journalist facing contempt of court proceedings to speak only in English as that was the language in the higher judiciary.

The Bench comprising Chief Justice Aravind Kumar and A.J. Shastri made the directive to Vishal Vyas, a local journalist who runs Samna Bharstachar Ka, against which the contempt of court proceedings was initiated in 2014.

On Monday, Mr. Vyas appeared as a party in person and addressed the court in the Gujarati language. However, the Chief Justice remarked that English would be the language in the court and Mr. Vyas should speak in that langusge.

The Chief Justice even offered him the help of an interpreter or even a lawyer if needed. He also suggested to get the help of the Gujarat State Legal Services Authority if Mr. Vyas could not afford a lawyer for himself.

However, the contemnor continued speaking in Gujarati and even insisting that it’s Gujarat and so everyone speaks Gujarati here. His insistence of speaking only in Gujarati prompted the Bench to remark that it was not acceptable, and refused to accept his submissions.

In the High Court, there is a rule even if any party who does not hire a lawyer and appears in person has to speak and argue in English only.

In its order, the Bench noted that, “The contemnor submits that he will speak only in Gujarati language and he will not speak in any other language. We are not inclined to accept his submissions for reasons more than one. First, we will not permit the contemnor to address the court in the language which is not understood by this court.”

The Bench also underlined that the Article 348 of the Constitution mandates that the language of the High Court would be English.

The High Court initiated suo motu contempt proceedings against the publication and Mr. Vyas in 2014 after the publication had written against a judicial order passed by a court in Gandhinagar.

The court in 2014 held that prima facie, the news item and its contents carried by the publication against a judicial order were contemptuous and the proceedings were initiated for criminal contempt of court.