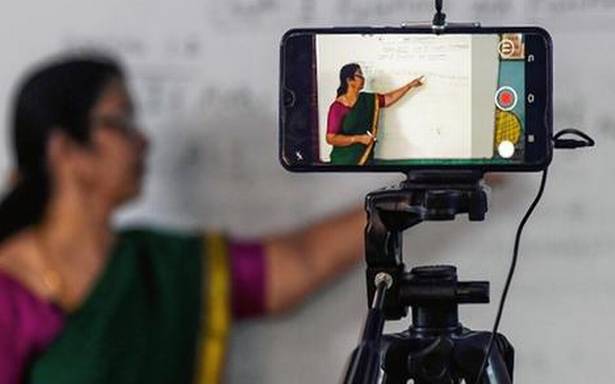 Tamil Nadu is among the top three States that have recorded a notable increase in the enrolments at government schools in 2021, compared with the last two years, a survey has indicated.

The Annual Status of Education Report (Rural) – 2021 shows that there has been a nationwide shift from private to government schools. In Tamil Nadu, which stands third in the trend after Uttar Pradesh and Kerala, the proportion of children aged 6-14 enrolled at government schools rose from 66.7% in 2018 to 76.3% in 2021.

Earlier this year, the Tamil Nadu Department of School Education, too, said it had seen a record number of enrolments at government schools, largely of children from families impacted by the COVID-19 pandemic.

Around 5,122 households and 3,923 children aged 5-16 were surveyed. With schools having remained shut for over 18 months, the survey focussed on how these children studied at home through the pandemic, how it had impacted enrolments and the challenges that lay ahead.

However, Tamil Nadu was better placed than other states as 26.1% of the children nationwide were found with no access to smartphones.

The impact of the pandemic on learning outcomes also meant that the survey delved into support for children at home and whether they were able to get tuition because of the closure of schools.

VCK MP Ravikumar said the economic impact of the pandemic had a large role to play in the migration of students from private schools to government schools. “The government should use this opportunity to improve the quality of government schools.” He said the survey showed the number of Tamil Nadu students receiving learning support at home as well as those getting tuition was much lesser than the national average. “This places a lot of responsibility on classroom learning and the focus should be on how this can be made better for the students.”