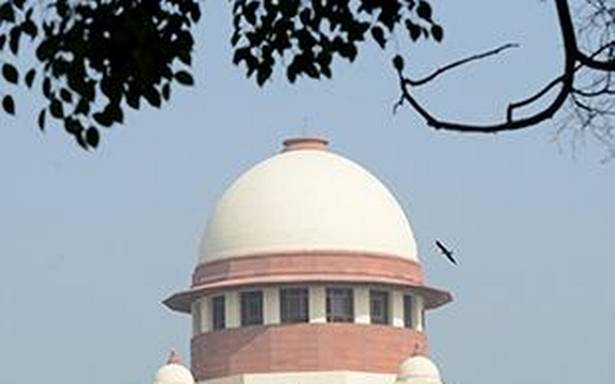 The Supreme Court on Tuesday asked the government to ensure that patients in mental health institutions are tested for COVID-19 and vaccinated.

A Bench of Justices D Y Chandrachud and M R Shah objected to the practice of the Maharashtra government to shift these patients to beggar homes as violative of the Mental Health Act.

The court directed States and Union Territories to extend cooperation and participate in the meeting of Ministry of Social Justice and Empowerment to be held on July 12.

It asked States/UTs to remove the discrepancies in figures submitted about the people who have been cured but are languishing in the institutions or who still need treatment.

The Bench decided to monitor their welfare, terming it a sensitive issue.

The court was hearing a plea filed by advocate Gaurav Bansal that around 10,000 people, fit to be discharged, were forced to live in mental hospitals due to social stigma.

Additional Solicitor General Madhavi Divan, appearing for the Centre, said there were some discrepancies in the data provided by the States and they have pointed it out to them.

“It is a very serious matter. Many people who are cured may not be accepted by their families. Tell the concerned authorities to be serious and ensure that court’s order is complied with,” the court said.

Mr. Bansal said he needs to point out two things that they should be tested for COVID and completely vaccinated as they are most vulnerable section of society.

The Bench said it is time the matter is taken up with alacrity and directed the Chief Secretaries to send their representatives to participate in the meeting of July 12.

The court posted the matter for further hearing on July 27.