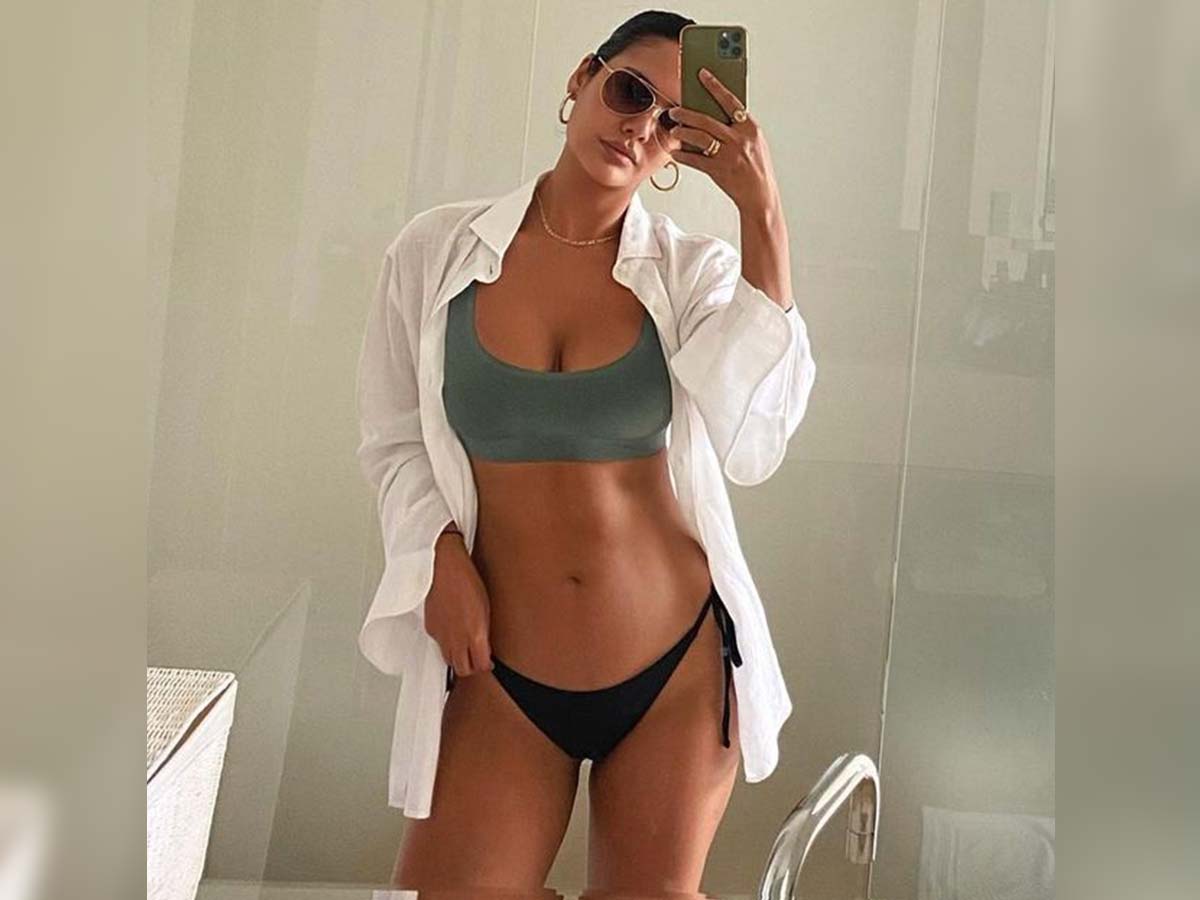 Bollywood bombshell Esha Gupta is turning everyone’s head with her latest photograph.  She looks super s*xy and extremely h*t in this pic. She is seen taking a selfie in bra and panty. She effortlessly looks sensual.   Her Instagram account is a treat for all her fans. The comments on Esha’ Instagram account are countless. Some people are appreciating  the actress work and some of them are even trying to troll her.

She  is one of the actresses who never shy away from flaunting her s*xy body. She is raising the temperature with her selfie.  Her pose and look is what made people go gaga all over her sizzling h*t pic.

In Tollywood, she was last seen  in Boyapati Srinu’ directorial venture Vinaya Vidheya Rama where she shook her leg for the special song. The movie starring  Mega Power Star Ram Charan and  Kabir Singh fame Kiara Advani, in the lead roles, that ended up a commercial flop at the box office.

Miss India International 2007 and B town actress Esha Gupta is well known for her performances in films like Jannat 2, Baadshaho, Rustom, Raaz 3, and more.  The h*t diva has been in Spain for the last two months working on her new project.