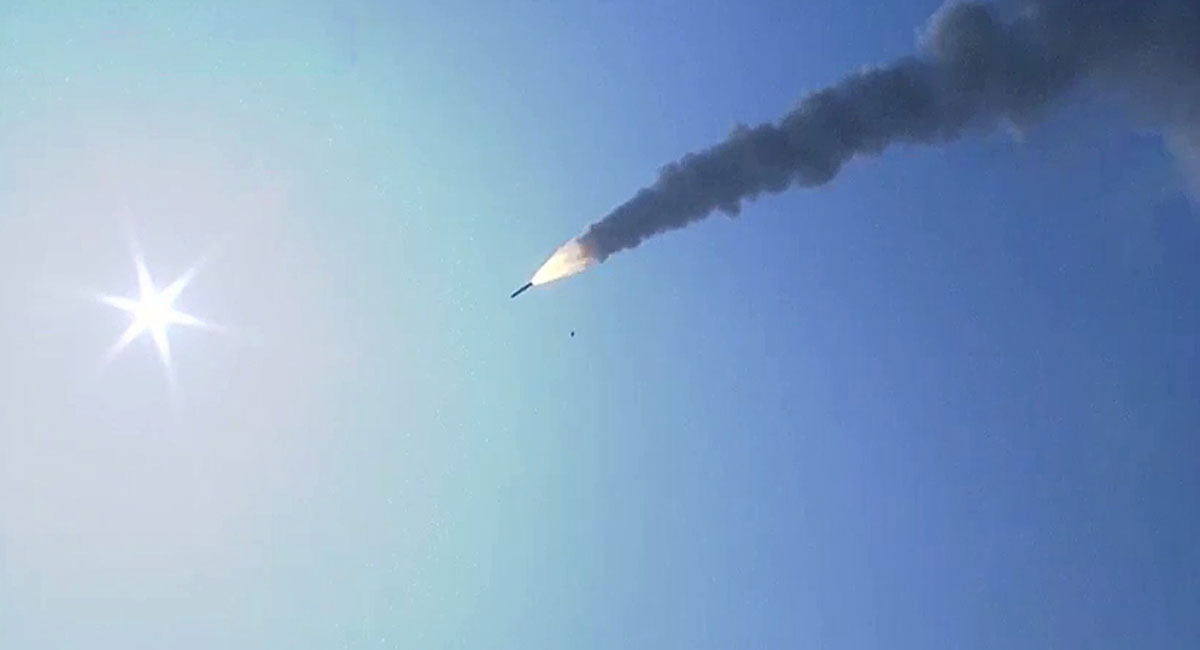 ‘This cannot be credibly explained away by referring to a “technical glitch”.’

India on Friday said a missile that landed in Pakistan on March 9 was fired ‘accidentally’ due to a technical malfunction. The defence ministry ordered a court of inquiry into the incident a day after Pakistan said a high-speed projectile launched from India entered its airspace and fell near Mian Channu in Khanewal district.

While the defence ministry has explained that the missile fired into Pakistan was due to a ‘technical malfunction’, former naval chief Admiral Arun Prakash has tweeted that these missiles can never be launched accidentally but only when authorised.What does that indicate?

The Admiral is right. This seems like an unauthorised firing. Further, even if authorised, the firing makes no sense, because there was no active warhead. So, what was the aim?

This missile was accidentally fired on March 9, one day before the counting of votes of the assembly elections. Could there be a co-relation between these two events?

No. The co-relation is only in the minds of the conspiracy inclined, and there is no dearth of those in the country.

The missile mishap occurred on March 9, but the government came up with a clarification on March 11. Why this delay?

Well, the government was first waiting for a formal Pakistani protest. And it took another day to craft a diplomatic apology.

What does this say about their safety mechanisms and the technical prowess in the way these dangerous weapons are being maintained in India?

That’s precisely the worry attending on this misfiring.

Indeed, the Pakistani government was quick to capitalise on this incident of the Brahmos missile going astray.

He went on, understandably, to extend that concern to India’s handling of nuclear weapons and their delivery systems.

Such criticism is bound to have an effect on international opinion and hurt India’s self-confessed status as a ‘responsible State’.

The defence ministry seems to have landed with egg on its face.

A whole barnyard full of eggs, in fact. This is quite simply shocking and simply cannot be credibly explained away by referring to a ‘technical glitch’.

The triggering mechanism is a hardy piece of work including a firing sequence and a final authorisation.

How this process was obviated is a mystery.

Pakistan’s foreign office summoned India’s charge d’affaires in Islamabad to lodge a warning that this unprovoked violation of its airspace could have endangered passenger flights and civilian lives.

Well, yeah, anything could have happened, including the missile, even with a dummy warhead, kinetically taking out a passenger aircraft.

In your view, could this have been a BrahMos cruise missile possessing nuclear capability?

The Brahmos missile has interchangeable warheads and can carry both conventional and nuclear weapons.

But most forward-deployed Indian cruise missiles are conventionally armed.

If it was a nuclear missile — albeit unarmed — is there a possibility in the future that the command and control system could fail again in the future which could have dangerous consequences for both nations?

Unless the government clarifies the nature of the ‘technical glitch’ everything is in the realm of speculation. That could include a faulty command and control system.

According to reports, Pakistani officials claim it was fired from Sirsa. How far is that assessment correct?

No reason to doubt the Pakistani claim because the Pakistani air defence complex at Sargodha, District Miani, is very advanced and capable of detecting cruise and ballistic missile firings and minutely tracking their trajectory.