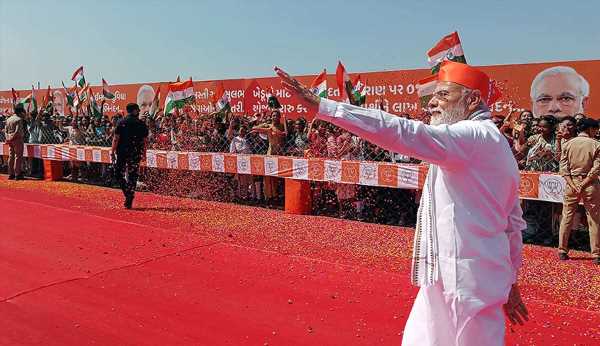 ‘The implication of being adamant is to be arrogant. So yes, he is arrogant.’

Retired Meghalaya governor Satya Pal Malik has been keeping his guns trained on the Narendra Modi government following the prime minister’s refusal to negotiate with the farmers over the issue of minimum support price (MSP).

Malik — who also served as governor of Bihar, Jammu and Kashmir and Goa — has no plans to join any political party, but will continue to address political meetings and speak out in support of farmers issues.

“I speak my mind wherever I am. That is why I have suffered,” Malik tells Rediff.com Senior Contributor Rashme Sehgal. The first of a two-part interview:

You have been a committed Lohiaite. What made you join the BJP which represents a completely different ideology?

When all the parties got dissolved, I had to go somewhere. I joined the BJP when (Atal Bihari) Vajpayee was at the helm.

It was a very different party then. I have never subscribed to the RSS ideology.

You have stated that you were a big supporter of Modi during his tenure as Gujarat chief minister, that he changed on becoming prime minister.

He supported the farmers issues when he was Gujarat chief minister and wrote to the Centre demanding that MSP be given to farmers.

Ever since he moved to Delhi, he has changed. Farmers’ organisations spent many months at the Delhi border, but he did not even speak to them once.

What do you think are the reasons for him to have changed?

I don’t know what were the reasons.

You are reported to have called Modi arrogant.

I never called him arrogant. I met him over the issue of giving MSP to the farmers, but he refused to budge. I found him adamant.

The implication of being adamant is to be arrogant. So yes, he is arrogant.

You have also been quoted as saying two people are running the country.

I did not say only two people were running the country. But we had a difference in approach over farmers issues.

Modi gave several assurances to farmers prior to the 2019 election which he has not kept.

Nor has he withdrawn the cases that have been filed against farmers. 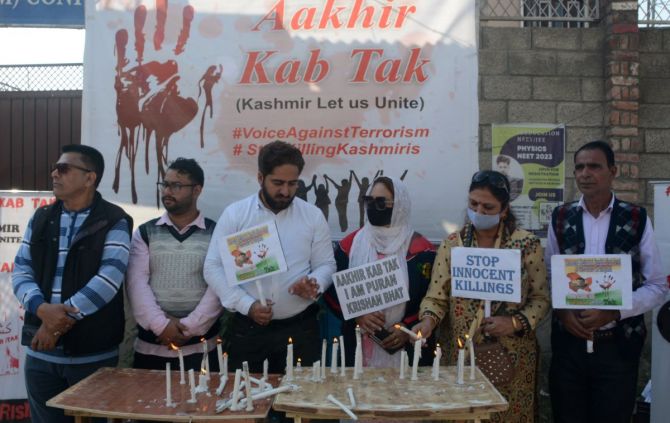 Did you support the abrogation of Article 370?

Yes. I wrote the letter asking for its removal. The letter must come from the J&K governor. This letter was placed before Parliament.

At a personal level, did you support the abrogation?

Yes, It was a stupid law. It was responsible for bagawat (revolt) in the state. The Kashmiris never regarded themselves as being a part of India.

Do you think removal of Article 370 has helped changed the mindset of the average Kashmiri?

Yes, I think it has changed the thinking of some people.

Following its abrogation, not a single bullet was fired during my tenure there. Mehbooba Mufti had warned that khun ki nadiyan bahengi (rivers of blood will flow). Nothing of this kind happened.

Why were you transferred?

Transfer is no punishment. I speak my mind wherever I am. That is why I have suffered.

The abrogation took place very suddenly. Is it correct that both Dr Farooq Abdullah and Omar Abdullah met the prime minister one day prior to the announcement of its removal.
They were informed by Modi that he was going to remove Article 370.

The Abdullahs did meet Modi, but I do not know what was discussed. Everyone knew that it was going to be removed.

Modi spoke about its removal right through the election campaign of 2019. In retrospect, do you think the state of Jammu and Kashmir should have been divided and made into a Union Territory?

My personal opinion is that it should not have been done. This move is hurting (the Centre) even now.

Why do you think it was done?