Sales are slowing and some measures of profit are shrinking as the industry struggles with a confluence of challenges. They include burned-out workers, pressure to increase wages, supply chain problems and a growing number of cities and towns that are rejecting new dollar stores because, they say, the business model harms their communities. 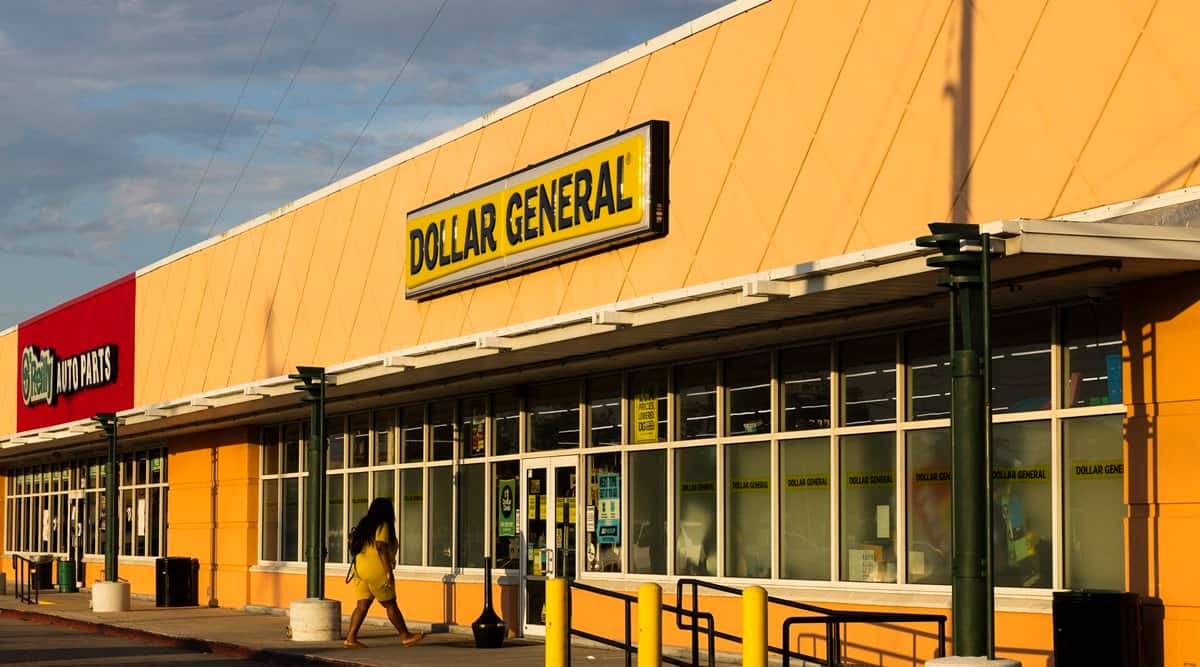 Sandra Beadling was fed up with the 70-hour workweeks, the delivery trucks running days behind schedule and the wear and tear on her knees from all the stooping to restock the bottom shelves.

As the manager of the Dollar General store in Wells, Maine, Beadling had tried to hire more help. But that was a tough sell when Walmart was offering $16 an hour and her store was paying $12.

Beadling, 54, had spent long stretches this summer as one of only a few workers in the store, tending to the register and trying to help shoppers. She had pleaded with her managers to allow the store’s part-time workers to have more hours, but to no avail.

One night last month, Beadling closed up the Dollar General at 10, got home at 11:30 and then left her house at 4 a.m. to be back at the store for an inventory check. “I was so tired I couldn’t find words,” she said. She sent her assistant manager a text saying she had quit and then blocked her co-workers’ numbers so they couldn’t call back and persuade her to stay.

Some wonder whether the same can be said for the unbridled success of dollar stores and their business model, which has benefited from the prevalence of poverty and disinvestment in the inner cities and rural America. Dollar stores, which pay among the lowest wages in the retail industry and often operate in areas where there is little competition, are stumbling in the later stages of the pandemic.

Sales are slowing and some measures of profit are shrinking as the industry struggles with a confluence of challenges. They include burned-out workers, pressure to increase wages, supply chain problems and a growing number of cities and towns that are rejecting new dollar stores because, they say, the business model harms their communities.

Just this week, Dollar Tree, which also operates Family Dollar stores, said it would start selling more products above $1. The move has broad significance beyond the discount retail industry, analysts say, because it signals that a company that has built its brand on selling $1 merchandise feels the need to shift its model to account for higher wages and an unreliable supply line from Asia.

“It means these issues may be permanent,” said Scott Mushkin, a founder and an analyst at R5 Capital, a research and consulting firm focused on retail.

The troubles follow a year of soaring profits and a period of staggering growth in the industry. Roughly 1 in every 3 stores that have been announced to open in the United States this year is a dollar store, according to Coresight Research, a retail advisory firm, a sign of how well the industry did in 2020.

The business model, which relies on relatively cheap labor and inexpensive goods, is designed to flourish even when its core customers are hurting financially. The strategy was honed during the high unemployment and wage stagnation of the Great Recession of 2008.

But dollar stores are not as well equipped for the surreal economy of today, when workers like Beadling are quitting in protest and a single coronavirus case on a container ship can cause a two-month delay in getting Chinese-made merchandise to the United States.

“This is another case of the pandemic laying bare the underlying vulnerabilities in how we’ve set up our economy,” said Stacy Mitchell, co-director of the Institute for Local Self-Reliance, an advocacy group that is critical of many large corporate retailers.

While just about every retailer is dealing with shipping and distribution problems, the dollar stores may have difficulty passing on the increased costs to price-sensitive customers. Dollar Tree said it expected as much $200 million in additional freight costs this year.

In an August conference call with analysts, Dollar Tree’s chief executive, Michael Witynski, recounted how one of the shipping vessels the company had chartered was denied entry to a Chinese port after a crew member tested positive for the virus. The ship had to change crews in Indonesia before returning to China.

Mushkin said of Dollar Tree: “They have everything going the wrong way.”

Dollar General said it had hired 50,000 additional workers between mid-July and Labor Day, but acknowledged in August that its labor costs were adding to expenses. Analysts say some of these additional expenses are driven by the pressure to raise wages.

Still, the higher pay may not be enough to encourage employees to stay on the job. Workers say the stores are chronically understaffed and rely on part-time workers who are given unpredictable schedules and cannot afford the required employee contribution for health care benefits.

In a statement, Dollar General said, “We pay competitive wages, which are determined based on several factors including the relevant labor market.” The company added that “our operating standards are designed to provide stores with sufficient labor hours, and it is not our expectation that store managers should work 70 to 80 hours per week.”

Part-time workers sometimes encounter the opposite problem of not having enough work. Beadling said she was constantly trying to find additional hours to give to her employees who needed the money, including one worker who was living in a tent because she couldn’t afford rent.

But the allotted hours for the store were limited by higher-up managers, she said.

This summer, social media buzzed with photos of dollar stores, from Lincoln, Nebraksa, to Pittsburgh and beyond, where employees had taped up signs in the front door announcing that they had walked off the job.

“Capitalism will destroy this country,” read one sign in the window of a Dollar General in Eliot, Maine, this spring. “If you don’t pay people enough to live their lives, why should they slave away for you?”

Paige Murdock, a manager of the Eliot store, was the first to quit. The company limited the hours she could give to her staff, she said, which often meant she was running the store short-handed.

She went weeks without getting a day off or seeing her family but, as a salaried employee, did not receive overtime pay. When a manager said Murdock, 44, couldn’t take her previously approved vacation week to help her daughter, who is in the military, move to Texas, she decided to quit.

“If you look at my resume, I am a very loyal employee,” Murdock said. “I will work my heart out. All the other jobs I left I would give two weeks’ notice. I don’t call out. I don’t ask for much.”

Murdock now works in a warehouse for a coffee company and does deliveries for DoorDash to fill in the gaps.

In its statement, Dollar General said its manager turnover “has been at historically low levels over the past few years.”

Chris Burton started working at a Dollar General in New Orleans in the spring of 2020, earning $10 an hour. A saxophonist, he took the job because his work as a substitute teacher and his musical performances had been put on hold during the pandemic. More than a year later, his hourly pay has nudged up only to $11.

“Walmart will move you up to $15 much faster,” said Burton, 34, who works with Step Up Louisiana, a labor advocacy group that has been pushing for improved working conditions in dollar stores. “But Dollar General is never going to pay as much as Walmart. That’s how they keep their prices lower. It’s basic economics.”

Wall Street is also taking note of the low pay and the complaints from employees about working conditions.

“We regularly see shelves that are stocked in a disorganized manner,” said Brad Thomas, an analyst at KeyBanc Capital Markets. “As a retail analyst that indicates that the store doesn’t have enough labor or the right labor.”

Mushkin of R5 Capital said other major retailers had responded faster to the changing labor conditions by raising wages when their sales were booming last year. Those early moves resulted in a smaller hit to their bottom line than what the dollar stores are experiencing.

“We provide our associates with flexible schedules and market-competitive pay, and in all cases, we are at or above minimum wage in the markets we operate in,” Dollar Tree said in a statement.

Political attitudes toward dollar stores in some communities are also shifting. Since the start of the pandemic, nearly three dozen communities have passed limits on dollar store developments or rejected stores outright, according to the Institute for Local Self-Reliance.

The dollar stores say those are the exceptions. “We are always disappointed when local lawmakers choose to limit our ability to serve their community, but these relatively few situations have not materially impaired our ability to grow,” Dollar General said.

The company added, “We provide our customers with convenient access to essential items and quality brands they want and need, including components of a nutritious meal,” including fresh produce, which is being offered in an increasing number of stores.

Although the opposition hardly makes a dent in the more than 1,620 dollar stores slated to open this year, some measures have happened in major markets such as the Atlanta area and Cleveland, and in small towns like Warrensburg, New York.

There has been considerable opposition on Warrensburg’s governing board to a Dollar General that was proposed to be built on Main Street.

Bryan Rounds, a member of the board, said Warrensburg, in the southern Adirondacks, had long been mostly a “drive-through town” on the road to lakeside camps or ski slopes farther north. But during the pandemic, Warrensburg, like many rural areas, became a popular spot for Airbnb rentals.

“Things are happening around here,” Rounds said. “We don’t need one of these stores.”