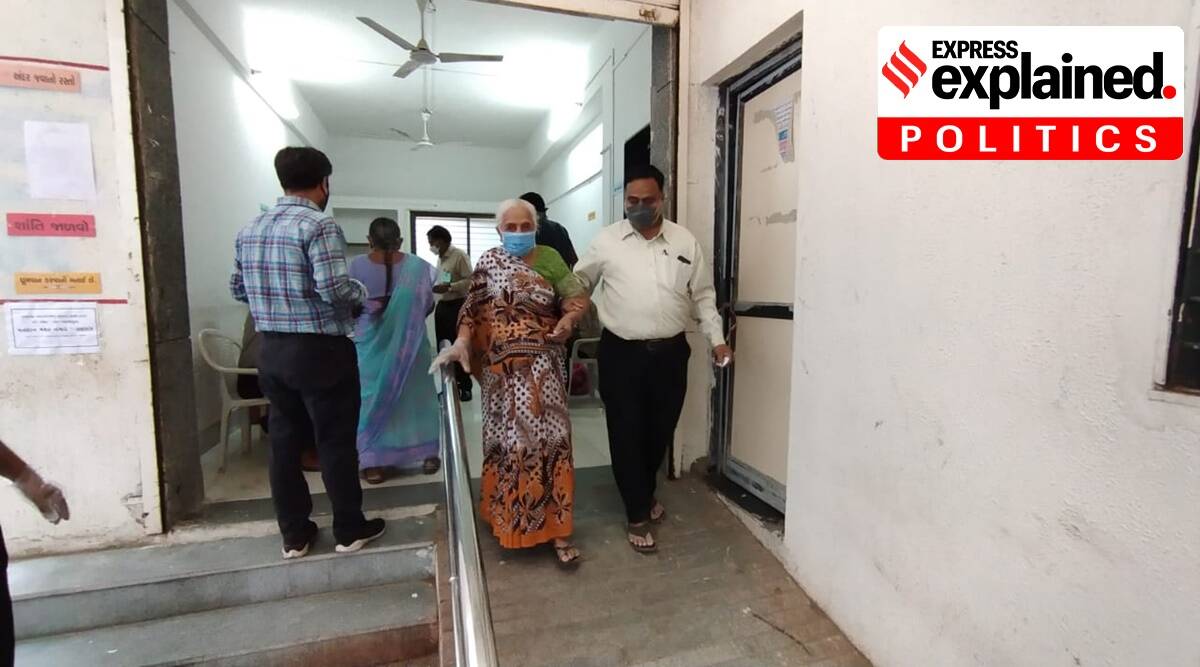 Ahmedabad, Surat, Vadodara, Rajkot, Bhavnagar and Jamnagar will elect new governing bodies on Sunday. What is at stake in these elections? 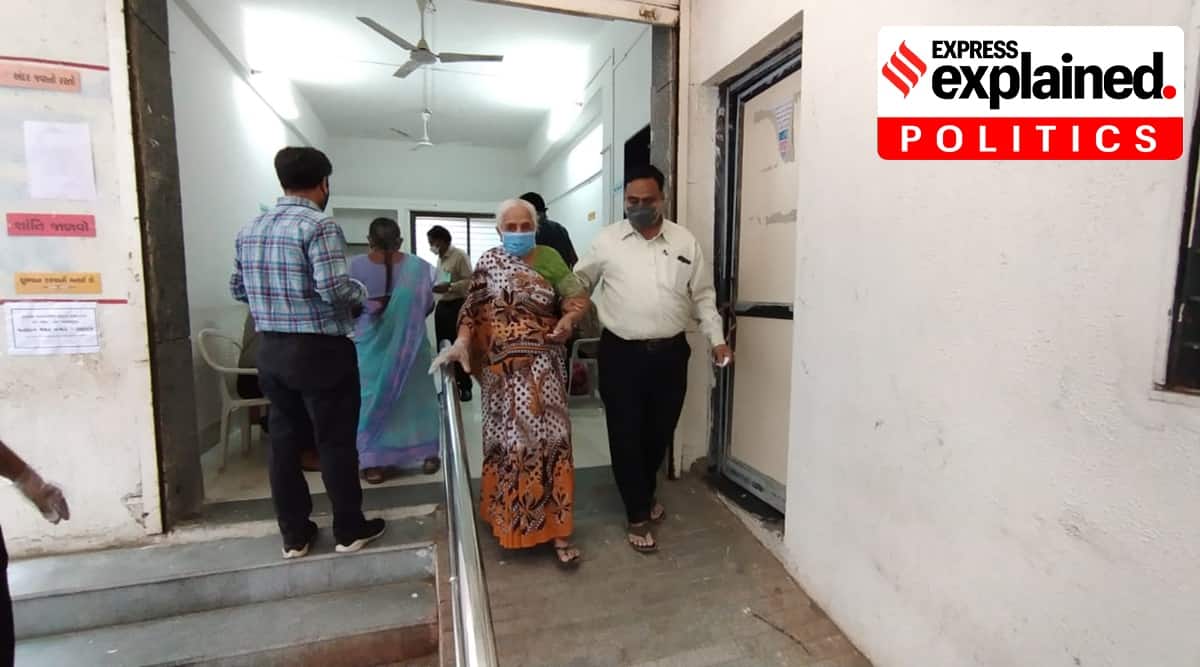 Voting has been on since 7 am. Those with Covid-19 have been allotted a one-hour window from 5 pm to vote.

Which municipal corporations are voting?

The five-year terms of these bodies ended in December 2020, but the elections were put off due to the novel coronavirus pandemic. The political executives of these bodies were dissolved, and the municipal commissioners were put in charge of the administration.

In all, 575 seats in the six municipal corporations are up for grabs in Sunday’s elections. The BJP won all six bodies after the elections the last time. 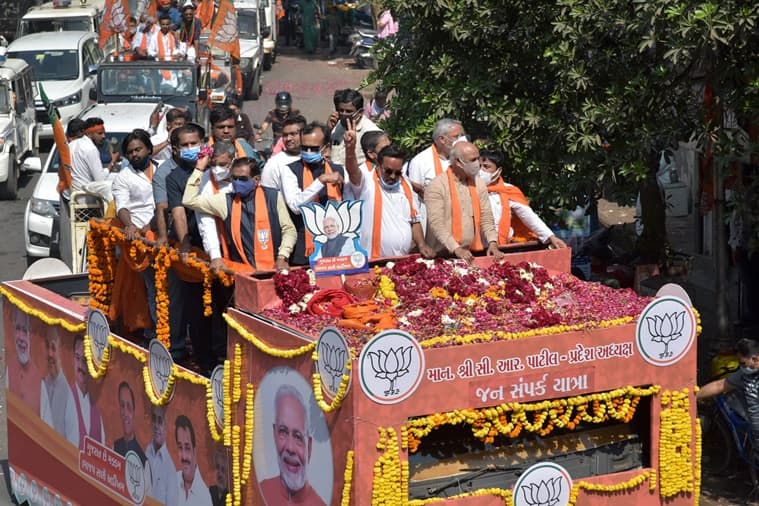 Which parties are contesting the elections?

Apart from the BJP and Congress, for the first time, Arvind Kejriwal’s Aam Aadmi Party (AAP) has jumped into the fray. It is contesting in all six cities.

Asaduddin Owaisi’s All India Majlis-e-Ittehad-ul-Muslimeen (AIMIM) is contesting on some seats in the Ahmedabad Municipal Corporation as Independents. These candidates have been allotted symbols by the State Election Commission.

Why are elections being held in only six corporations?

Gujarat has eight municipal corporations. The two newer ones, Gandhinagar and Junagadh, are yet to complete their five-year terms. However, elections will be held on Sunday for two vacant seats of the Junagadh corporation.

What is at stake in these elections?

While the BJP has an upper hand in elections to urban local bodies, this time, several senior and multiple-term corporators were denied tickets, leading to disquiet in the party. The denial of tickets was on account of conditions set by the BJP parliamentary board disqualifying three categories of contestants: those over the age of 60, members of the families of party functionaries, and those who have completed three terms. 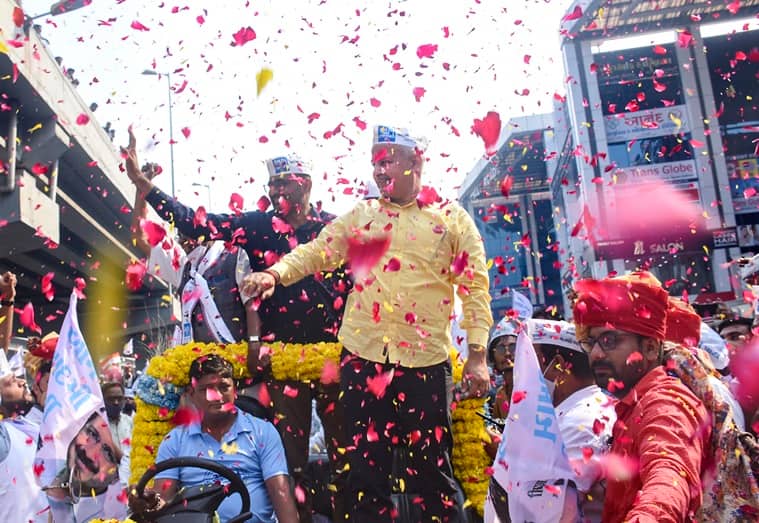 During the last elections to these bodies in 2015, the situation was impacted by the anti-BJP sentiment caused by the quota agitation led by Hardik Patel’s Patidar Anamat Andolan Samiti (PAAS). The Congress reaped dividends in Surat as a result; this time, however, the Congress has fallen out with PAAS over ticket distribution in Surat, and has had to give up three seats here, and one in Ahmedabad. The Congress campaign has not seen participation from any high-profile leaders.

Although the BJP has overall advantage, its state chief CR Paatil has had to apologise for not being able to award tickets to all those who are competent on account of the restrictions on age, etc. He has also made it a point to mention this in his public meetings, and administered an oath of “dedication” to all the party’s workers. To micro-manage voter turnouts, the party has appointed “page pramukhs”.

With Assembly elections due next year, these elections will provide an indicator of the voters’ mood. The results will be important for both the major parties; voters will also indicate whether they would like to encourage the presence of a third force such as the AAP.

Have these elections been impacted by the Covid-19 epidemic?

Notwithstanding the falling daily numbers of new infections, political parties fear low turnouts. In their campaigns, leaders have been urging voters to participate enthusiastically in the elections.

It seems likely that any decline in voting percentage will impact the ruling party more than the opposition. One of the BJP’s star campaigners, Chief Minister Vijay Rupani, has been grounded after he caught the virus. The Chief Minister is due to vote following Covid protocols in his home town of Rajkot on Sunday.

Besides the wider issues of Ram Mandir, abrogation of Article 370, farm Bills, and the Balakot air strike, the BJP has also been talking about its management of the epidemic and vaccination.